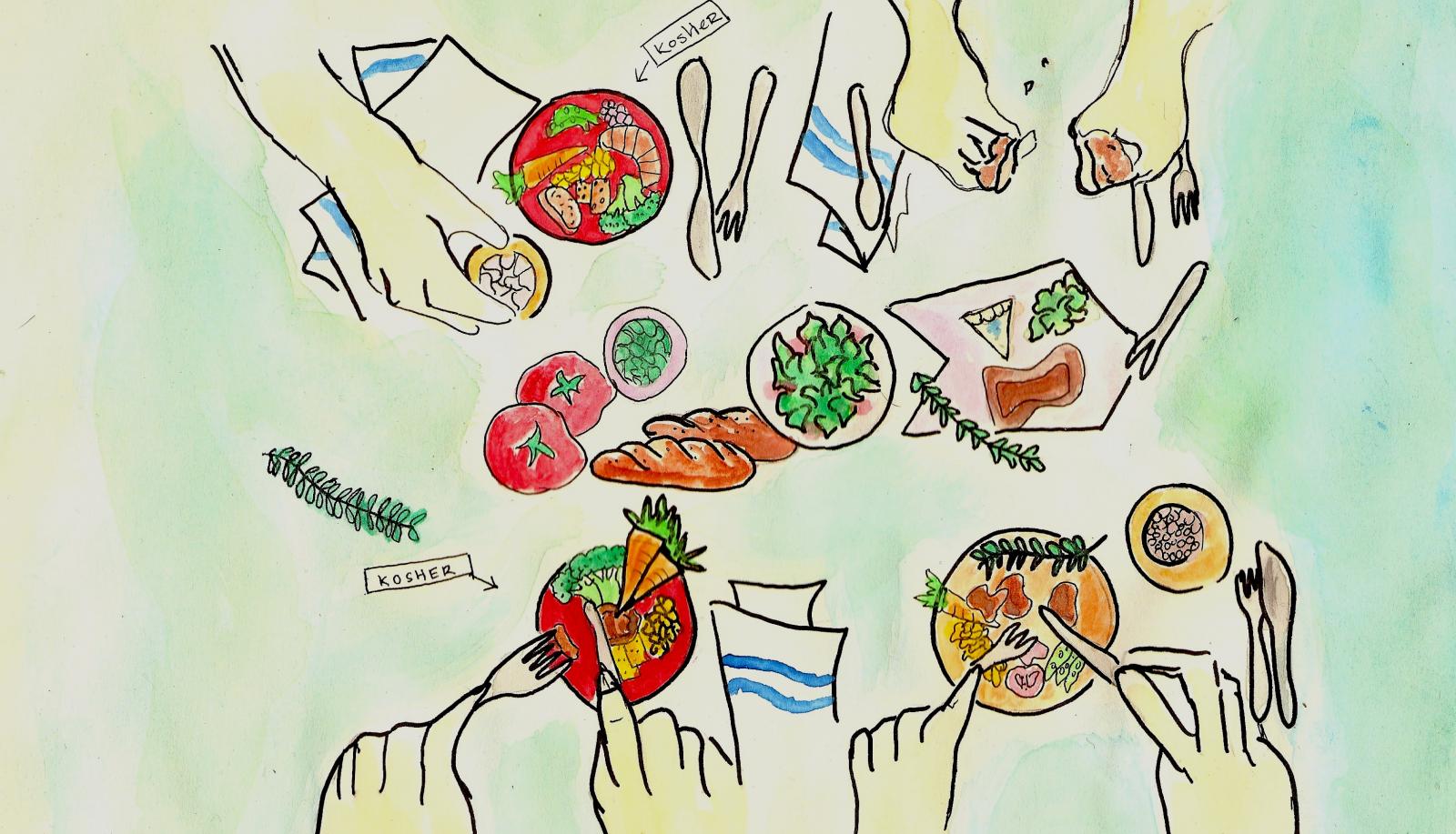 This was the end of my experimentation with kashrut, or Jewish dietary laws—that is, until I came to Barnard and had the freedom to choose what I eat. I now recognize the salami incident as one of the most formative events of my Jewish identity because it was the last time I questioned my own ritual eating habits before coming to college.

All Barnard first-year students living in the Quad are required to enroll in the Platinum Meal Plan, which consists of 19 meals per week. But when I found out several months into the year that the kosher plan—which had, in previous years, been more expensive—actually cost the same as the regular plan, I began to wonder why I didn't just grab the colorful plates and help myself to the same food that my friends were eating. Something prevented me from joining my fellow Jewish students. I personally don't see the need to observe kashrut on campus since sharing a meal is already a communal, sacred act.

With most other subjects in Judaism, I'm quite comfortable with where I stand and why, identifying as a conservative Jew. I attend Shabbat services nearly every Friday night, celebrate major Jewish holidays, and am interested in the application of Jewish values to contemporary American issues. And while most of these activities are limited to my Jewish life and only occupy that sphere, eating is not an isolated activity, considering that people of all faiths participate in digestion. It is necessary for survival and, especially at Columbia, a social experience. In fact, I would argue that dining is a sacred activity, regardless of ritual purity or religious affiliation.

There exists in literature the symbolic archetype of communion. Eating together, whether for religious purposes or not, produces a connection with others at the table because we all have to do it, and we usually do it together. Dining together delineates the relationship between those around the table: those who joke around, those who are having friendship problems, and those who are in love. If dining is, itself, a sacred act, what's the point in observing kashrut, especially in the context of a social dining hall at Columbia?

It must be noted that my nonparticipation in kashrut is in no way a complete rejection of ethical eating.  After all, the reasons behind kashrut are not rooted solely in ethics. According to Jewish tradition, when God gave the Moses the Torah at Mount Sinai, God commanded the Hebrews to obey a large body of laws. These included both everyday laws of conduct and laws that would distinguish the Hebrews from the other nations.

It is my understanding that the requirements God has of the Jewish people continuously remind them that they are holy, and that God exists. Thus, the observance of kashrut, which must happen at every meal, is a three-times-daily reminder of God's existence and Jewish sacredness. It's simply another way that dining can be made a holy experience.

This is not to say that I disapprove of kashrut—in fact, God says that the Jews must observe it. But the act of sharing a meal is, itself, sacred. No matter our religious practice, we all have the opportunity to take part in arguably the most human and most sacred communal act. Observing kashrut merely amplifies this preexisting effect. Yes, in Hewitt Dining Hall, the separate dishes and the separate kitchen mark a clear distinction between what Jewish tradition sees as ritually pure and "other." But to me, this is nothing more than a technicality. It's not just the plate that makes it holy: it's the people. The common experience of eating is itself a holy experience because it creates a space to forge meaningful relationships with those across the table. And for that, I don't need a kosher plate.