Coming to grips with the D word

Coming to grips with the D word 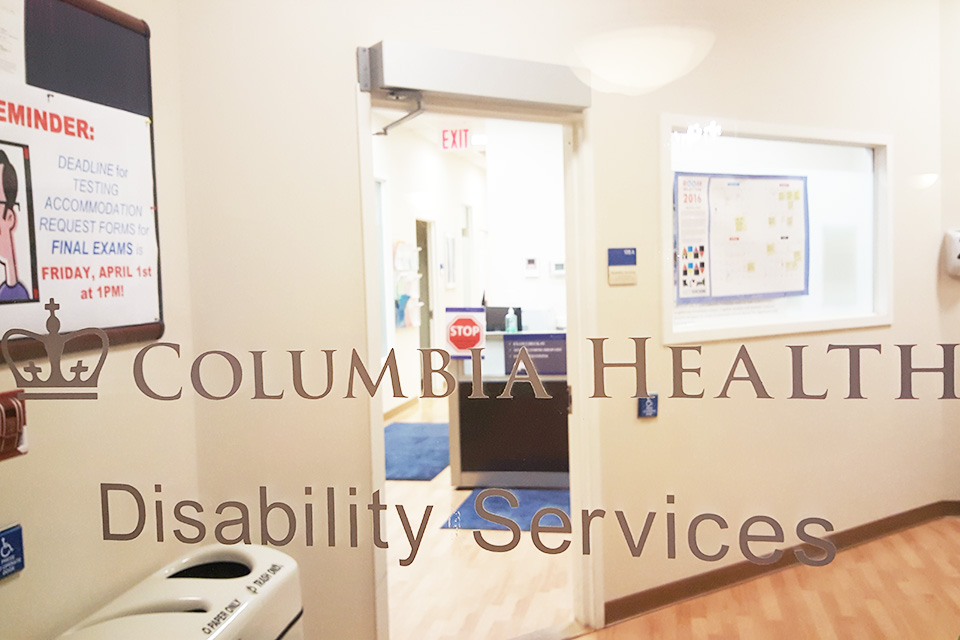 In late winter of last year, I wrote an op-ed on mental health services at Columbia. The op-ed detailed the problems I've had with Columbia's Counseling and Psychological Services. It also offered a few suggestions on how students can get the most out of CPS.

In the 14 months since then, I managed to acquire a consistent therapist and psychiatrist and develop a rather comprehensive coping plan. Given the fact that I decided to take the current semester off to seek more proactive treatment, I guess you'd be justified in judging the value of all this effort. I was encouraged to explore the option of taking a leave, which I initially believed to be the "radical" choice, after my first experiences with Columbia's Disability Services.

While a hefty percentage of the student body will visit CPS at some point in their Columbia careers, I'd imagine a smaller number will take advantage of the University's Disability Services. I posit a variety of reasons for this, which I will address momentarily. I came across Disability Services after talking with my advisor, and found its benefits and its staffers' expertise to be exactly what I needed. Reflecting on all the good they did, I can't help but feel that the underutilization of Disability Services by those afflicted with mental illness is a real shame.

When speaking out about personal experiences with mental illness, it always pays to make a few disclaimers. First, I do not claim to—nor would I want to—speak for every suffering Columbia student. Moreover, if even one student misses out on the resources Disability Services provides, that's one too many.

Mental illness' stigmatization is pervasive enough that it has become something of a trope. But just how serious of an issue is it? A CDC study found that, while the percentage of the American population which supports neuropsychological treatment surpassed 90 percent in 2010, the percentage of people reporting negative attitudes toward sufferers has stayed the same or increased over the last few years. Afflicted students attempting to avoid labels, then, probably have little interest in registering with a campus "disability office." Navigating all the three-letter support initialisms offers its own challenge. While CPS handles the direct treatment of student mental health issues, Disability Services provides students with long-term support via housing and classroom benefits.

I had a hard enough time seeking active CPS treatment; the fatalistic despondency that came with requesting special "disability benefits" from Disability Services only made the personal challenge tougher. Personally, it felt like admitting defeat, as if seeking help meant giving up. It felt as if this part of my character dominated the others—it meant that I had acquired an additional label, and a special one at that.

In my mind, the Office of Disability Services made student life accessible to people with "real" problems: the blind, the deaf, and the physically handicapped. Who was I to inject myself into that world? I don't deny that my limited understanding of Disability Services was brazenly problematic; in fact, it now seems downright condescending towards those with whom we commonly associate the term "disability." But I'd be lying if I claimed the thought never crossed my mind, and that illustrates my point about pervasive stigmatization. Moreover, my feeling of defeatism never fully left me. I assumed that applying for aid would be a personal admission of failure, an inability to proactively deal with my condition, and a sign of weakness.

But when the handfuls of pills and time spent meditating didn't translate to classroom success or a better living situation, I knew I needed to take another step. Talking to my advisor and doing a bit of online research led me to the doors of Disability Services. I didn't expect much when I arrived, given how Kafkaesque my CPS experiences had been until this point.

Imagine my surprise when the very first meeting yielded tangible results. Disability Services' ability to influence housing decisions is a godsend for the OCD sufferer; their ability to manipulate scheduling and class commitments a lifesaver for the chronic insomniac. And Disability Services' extensive knowledge of Columbia's medical policy helps everyone.

For me, Disability Services suggested taking a semester off, citing Columbia's radically lenient mental health leave policy—a policy previously unbeknownst to me. The University offers a clean slate attitude for students looking to take a leave of a length between one and three semesters. They even return a portion of your financial investment. No one at CPS ever offered this as a potential option.

This raises the question of why I never made use of Disabilities Services before my senior year. The previously mentioned stigmatization and personal hang-ups—the fears of admitting defeat, of trying to ask for help which I felt I hadn't really earned and didn't really need—are major factors, but they're not the whole story.

The CPS counselors I interacted with never once advocated for or even mentioned Disability Services. Aside from a pair of students who utilize Disability Services for housing, I've never met another mentally ill student who received their benefits, though I'm sure many such people exist.

It seems, then, that the road to better utilization of Disability Services by students suffering from mental illness is twofold.

First, these students need to remove themselves from the societal and personal stigmatization of their condition. Talk to other people—friends, advisors, TAs. So many people have experienced something similar, and each one has developed their own method of treatment. Seeing the lengths and methods other people go to makes it easier for the afflicted to try and help themselves.

Second, CPS and other on-campus psychological services need to associate themselves more closely with Disability Services. The realization of this second point would dramatically influence the first. Pamphlets for either office could be placed at the checkout desks of the other, and counselors could be more open to helping students explore coping methods that are administrative, rather than strictly psychological or pharmaceutical in nature.

Because I like symmetry, I want to end the same way I wrapped up my previous article: with an observation about a popular punk song. The chorus in Rise Against's "Survive" remarks that "we've all been sorry and we've all been hurt/but it's how we survive which makes us who we are."

It's not the labels—"OCD," "BPII," "mentally ill," or even "disabled"—that define us. It's how we carry on living our lives to the best of our ability, which means making use of every possible resource. In a world where everyone's hurting from something, it would be a tragedy if we all refused aid because of misguided fears.

The author is a Columbia College senior majoring in philosophy. He is currently on medical leave. He wants anyone who vibed with this article to listen to Tim McIlrath's song "Restless World."