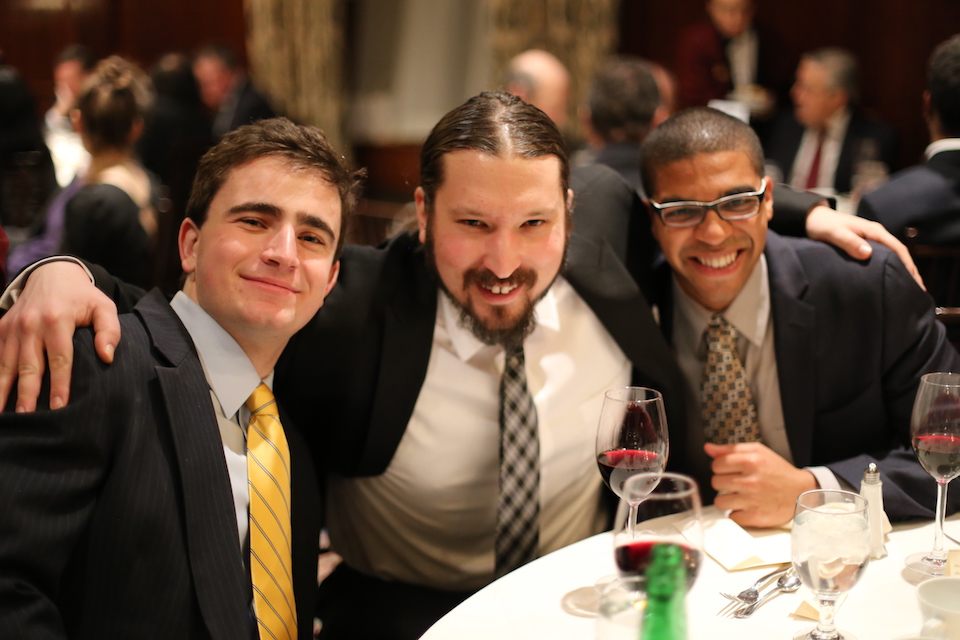 I've learned a lot at Columbia. Truly an inordinate amount. I can tell you about literature, fine arts, astronomy, and the philosophical differences between Kant and Mill. But the most important thing I've learned—or I suppose it was more of a reaffirmation—is the importance of open-mindedness. Not the kind of open-mindedness that the younger generation is always preaching to the older one. I'm talking about always being open to the many opportunities that others so often close themselves off from.

When I got out of the military, some (not all) of my superiors pressured me to re-enlist. Attempting to use fear as a chief motivator, they said stuff like, "Just go ahead and stay in. There isn't much for us out there anyways." But they were, and are, wrong.

Prior to coming to Columbia, I lived in a world where lunar cycles and circadian rhythms are long forgotten and men brag about how salty they are by comparing the amounts of bodily functions they've performed at test depth. It's a world of high tension and low oxygen, where a lack of sunlight, alcohol, and communication with loved ones prove to be enough to drive most folks loony.

It wasn't long after I got to the USS San Juan, a fast-attack submarine, that I decided I wouldn't re-enlist. But I know why many do. Some do it out of a love for the job or an inherent sense of duty, but many re-enlist to hang on to the comfort a life in the military has given them. Not comfort in the sense that most people would think—there is nothing luxurious about life on board a submarine. The comfort comes from the prefabricated reality of conformity, which life within the confines of a thick, steel hull provides in abundance.

I see a similar kind of thing happen so often at Columbia. So many first-year students arrive here certain of which extracurricular activities are right for them, leaving no room for exploration. This is especially prevalent within the General Studies community, where students so often close themselves off from traditional campus groups because of the age gap. It's a trap many fall into, and I get why. If you had told me at the end of my enlistment that my most valuable hours spent at Columbia would be in the dirty, muggy Spectator office working among 20-something-year-olds who habitually listen to Taylor Swift and Beyoncé, I would have either cringed or laughed. But now that graduation is upon me, I wouldn't have had it any other way.

I came to this school knowing only that I wanted to write, so I went to a lot of different campus publications. My first interview with one of the campus literary publications was an utter embarrassment. They asked me who my favorite poet was, and I spit pure nonsense at them—something about the fantastical nature of Walt Whitman's verses. Complete gibberish. Anyway … once the humiliation faded (as it always does), with an understanding that there'd be plenty of time to explore potential interests, I continued to explore every option, eventually finding a promising lead in Spectator's sports section.

The opportunities afforded to me working at Spectator were far beyond what I could ever imagine. With the guidance I received from former sports editors like Eli Schultz, as well as former Editor in Chief Michael Ouimette and Managing Editor Samantha Cooney, I've been able to push myself to become a better writer, reporter, and leader than I ever thought I could be.

And I searched for opportunities to learn in each aspect of the job. I assumed that I would never see leaders as earnest and dedicated as some I encountered in the military. But I've been able to witness within Columbia's athletics programs many examples of true leadership. For example, former women's basketball head coach Stephanie Glance's tireless effort to develop her players into strong women, both on and off the court. Or the deep care men's tennis coaches Bid Goswami and Howard Endelman feel for their players. I would have never encountered these paragons of leadership were it not for my willingness to embrace the time-consuming, often tedious work of covering a team.

But now I have to ask myself, with my time here at Columbia near its end, what's next? A month or so from now, you'll probably find me somewhere far west of here, staring at some mountains, pondering the Seahawks' Super Bowl chances, and exploring my options. To those of you graduating who already have a job or a dream to chase, congratulations. For those who don't, despite the anxiety that can arise without a set path, you'll have the ability to do whatever it is that you want. Savor it.

Kyle Perrotti is a General Studies senior majoring in creative writing. He is the former sports editor for Spectator's 139th Managing Board.