The comfort or curse of romantic binary

The comfort or curse of romantic binary 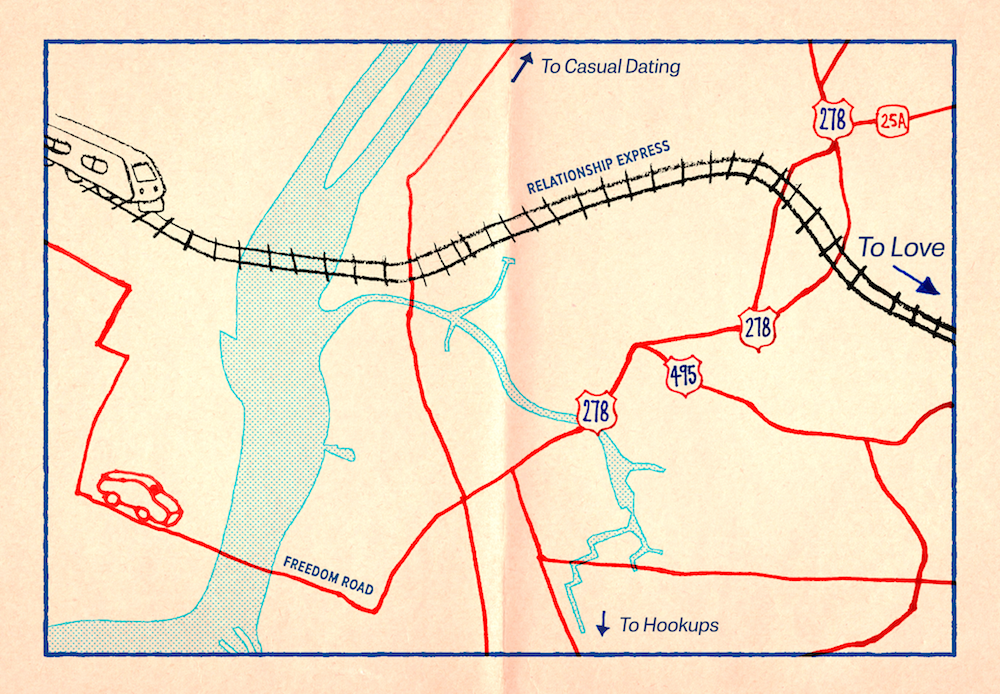 "What do you mean he doesn't like her?" I asked. "They hooked up multiple times."

"Well, hooking up is, you know, hooking up," my friend answered. "Doesn't have to mean anything."

It took me a while to realize that in the United States, hookups indeed mean nothing. Drunken hookups during NSOP, or in the weekends that follow suit, are generally expected to have little meaning beyond the occasional drama. A new guy every week wouldn't make you a slut, and neither would sleeping with the teammate of the girl you have a thing with.

I still haven't figured out whether this casual attitude stems from the fact that we're excited first-years or whether it's just an American way of life. Back in South Korea, where I've lived most of my life, you would have been hard-pressed to find anyone being open about casual hookups—or casual anything in regard to relationships, for that matter.

Sure, there are plenty of people who go to clubs looking for one night stands. But it's just something we don't talk about. If a girl has casual hookups she's a "slut"; if she talks about her hookups she's a "shameless slut." To be clear, slut-shaming is definitely not as bad for guys, but guys with a lot of experience or guys who hook up with female friends without being in relationships are usually considered douches (Americans can probably relate to all this).

There exists a certain binary to relationship culture in the world I grew up in. To be honest, I've lived a pretty insular life, living in the biggest city in the nation and going from one private school to another. But from what I've seen in South Korea, you're either in a relationship, or you're not. It's the monogamous, first-priority-in-my-life-is-you type of relationship—there is no half-assing anything.

If the American way of dating is like a road trip by car, the Korean way is like a train. A car can choose to take the freeway or a long, winding mountain road, to speed down an empty road or cruise along with the window down, but a train always follows the same tracks, and the same stops, traveling at the same speed no matter where it is.

In a way, this distinction brings more peace of mind than the murkiness of dating in America. How many dates until you can sleep together? Do we have a thing, or are we just fuck-buddies? Am I at the stage where I can call him my boyfriend? What does a relationship even mean? Dating in Korea follows a certain procedure that saves us the trouble of being stuck in traffic all day long or having to stare at an old paper map to navigate tiny country roads.

The period when two people "court" each other—basically the equivalent of long-term flirting and texting in the US—is called "sseom." The key here is to be hot and cold—too hot, and you come off as clingy; too cold, and you come off disinterested. Imagine if Jenny and Bill, two hypothetical Columbia students who met during NSOP, didn't go beyond the occasional brush of their hands. They do, however, text every day and meet up for lunch at Ferris often. We need to make note of how Jenny never replies to Bill's messages right away because she'll always be "in psych class" or at "a Spec meeting"—except Jenny is actually the type of person to reply to a text as soon as she gets it.

The asking-out stage that follows is the most important moment that determines whether you leave your stage of courtship and officially become boyfriend and girlfriend. It's a stage you absolutely have to go through because Koreans don't usually just "fall" into a relationship—no matter how close you are, how much in love you could be, you are nothing unless you are officially asked out.

After this moment is when the cuteness starts: It's adorable to see friends post their "in a relationship" status on Facebook or see them celebrate their "two-two"s—a day celebrating the 22nd day of a relationship. The innumerable events hosted for couples—couple movie day, couple discounts, couple T-shirts—fade into the normality of how things are after a while. This dating culture, however, often ends up creating a sort of dichotomy between single people and couples in which being single is undesirable and something to be pitied. It perpetuates the divide in gender to the point that a great number of people think friendships between men and women can't exist. That, at least, is not the case at Columbia—it's much harder to come across that girlfriend who forces her boyfriend to cut ties with all his female friends.

I've seen friends who say casual hookups lose their appeal after a while. People complain about how it's difficult to properly date in school. My answer is that well, yes, sometimes it's difficult to form a genuine, committed relationship in college. Maybe you've been involved with a few too many girls and are having trouble sorting out all that drama, or you might not be into the whole casual hookup thing at all.

But this wide spectrum of who you can choose to be is the best part about Columbia hookup culture—you're not pressured to be anything you don't want to be, whether it's being a virgin or someone's serious boyfriend. The lack of shaming and judgment is a gift that people at Columbia have that many people in Korea, or even people outside of our community in America don't have.

How you date, whom you date, where and when and why are all up to you—so don't be afraid to live it to the fullest.

The author is a Columbia College first-year who has yet to decide on her major. This piece is part of an ongoing series, Love, Actualized.