The unity in first-year breakups

The unity in first-year breakups 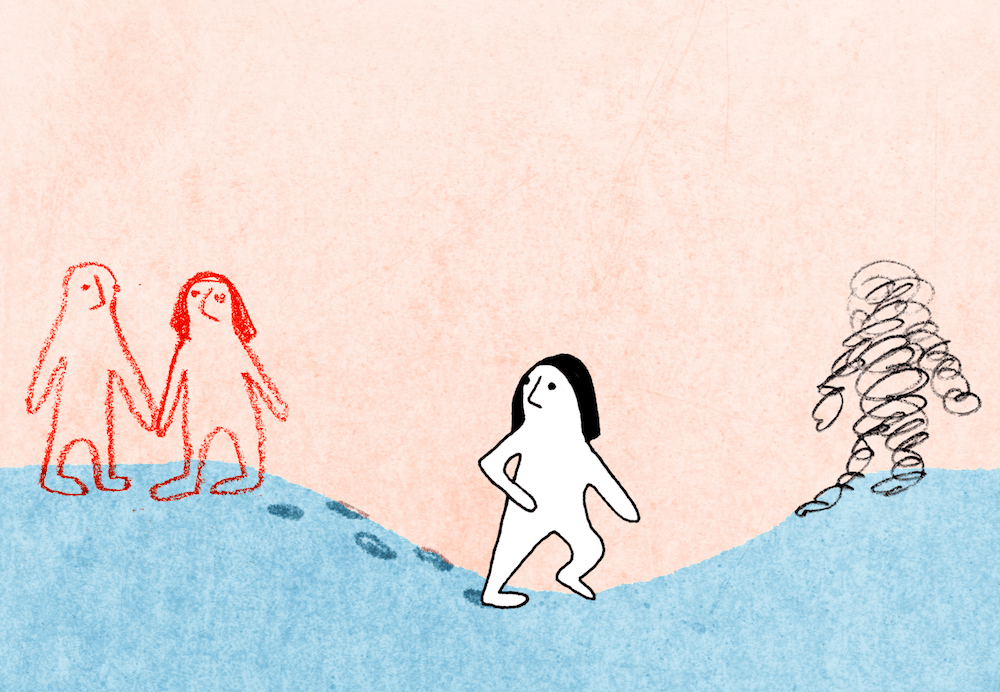 There's a colloquial term used among our generation that I find both hilarious and depressing, a term that'll become all too relevant to the Class of 2020 as we edge closer and closer to November: "turkey dump."

Urban Dictionary defines the turkey dump as the act of dumping a boyfriend or girlfriend from high school, usually when coming home from first semester of college for Thanksgiving break. The fact that this phenomenon has its own moniker is a testament to how common first-year breakups are, and—as I give it more thought, weeks later—how common my pain is.

My high school relationship ended on the last day of NSOP. Sure, this predated Thanksgiving by months, so it wasn't really a turkey dump. Still, I like to think that it was, because it ended my relationship cold turkey. It came after only two weeks of being long-distance. There were no fights, no other people involved. My partner simply decided that we weren't going to work out.

Long-distance relationships are hard, but maintaining a long-distance relationship through the first term of college is another challenge in itself, rife with its own nuances: the new environment and new people, the expectation of managing your own time, the homesickness, the academic intensity, and so on. For some of us who are the children of immigrants, there's an added pressure to succeed, to ensure that the sacrifices that our parents made were worth it. I understand all of this myself, and I understand that my ex felt all of these burdens when he made his choice to end our relationship.

But no matter how much we try to rationalize things, breaking up has nothing to do with rational thought, because emotions are not logical. Instead, my breakup was a lesson in empathy, both my own and others'. In its aftermath, I found myself rebounding hard, falling in love with something new: Columbia and its community.

In one of my loneliest times, I realized that I was not alone at all. I discovered, upon making idle conversation with a girl in Hamilton on my first day of classes, that she had also just ended a high school relationship; so had my suitemate, who reminded me that she was always there to talk if I needed to. When asked to write Homeric similes in LitHum, a male classmate of mine spun a long and wistful simile about the fading of a summer love—featuring almost comically poetic descriptions of falling autumn leaves and increasingly infrequent Skype calls.

The girl from my orientation group, who'd later become my closest friend, talked to me about heartbreak over cold apple pie at Tom's. A purple-faced guy at the Ruggles party, struggling with his own long-distance relationship, texted me honest (sober) advice the next day. My suitemates left me a wrapped box of cookies, a girl in front of Carman stopped to talk when she thought that I "looked sad," and a sophomore on the steps inside Butler told me about his own freshman breakup the year before. I'd only been at Columbia for a week, but the outpouring of compassion and support from strangers made me think—made me know—that I had found my home.

The truth is that Columbia is not my rebound—it was my original love, and perhaps I wouldn't have been able to see the breadth of its beauty so soon if I hadn't suddenly been left on my own. We often say that there's not much of a community at this school, but I've come to realize how untrue that is. If anything, there is unity here in heartache, in opening up to one another about one of the experiences that makes us the most human. During our most vulnerable times, we find that there are people who are willing to listen. At Columbia, the combination of self-awareness and open-mindedness among students creates the most powerful kind of empathy.

Maintaining relationships during freshman year can be difficult, and getting over breakups can be just as hard. It helps to know that we have each other, that we have a new school with new opportunities and people who understand heartbreak as well as they understand the intellectual subjects that brought them here.

Columbia will be ours for four years, and it will remain with us for the rest of our lives in ways that we, as first-years, have yet to fully understand. Through the hardships to come, I hope that I can comfort my peers in the little ways I found here and in my peers' empathy that reinforced my love for this school and community.

Every day, the sun seems to shine a little brighter on Low Beach, and every day, I fall a little more in love with Columbia. I reach out more, I talk to strangers, and I make plans with the people who gave so much when they barely knew me. If home is where the heart is, then it's no wonder that I've already begun to call this place my home. At every turn, there is positivity to be found, there is room for growth, and there are people who will support you through any difficult change.

We're first-years, and we're still learning. This is college, after all.

The author is a Columbia College first-year studying political science and history. She is a trainee for Spectator's opinion section.

To respond to this op-ed, or to submit an op-ed, contact opinion@columbiaspectator.com. This piece is part of an ongoing series, Love, Actualized.