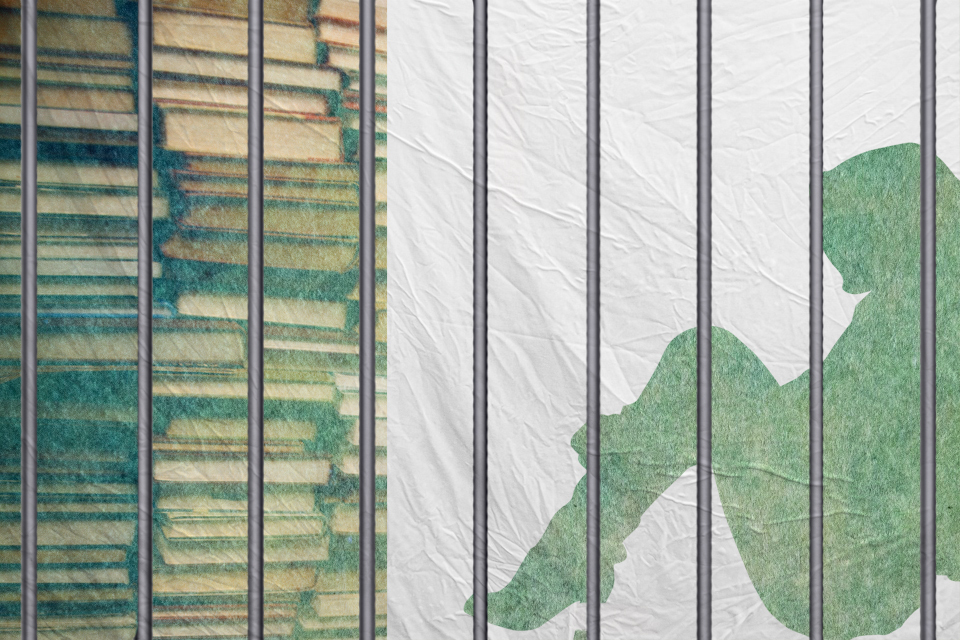 Perseverance means "remaining steadfast in doing something despite difficulty or delay in achieving success." As a formerly incarcerated person, I have experienced my share of difficulties and delays. I am only one of the over 636,000 Americans released from prison every year, a number that has grown exponentially in the past two decades.

The United States, as the global leader in incarceration, can no longer deny the many injustices that currently plague our justice system. Our nation's criminal justice system disproportionately affects men and women of color, which is something my family and peers never spoke about in the small suburban town where I grew up. Where I come from, mass incarceration is not often discussed—it's considered a "myth," despite the heroin epidemic that is destroying Long Island communities, claiming the lives of many people I once called my friends.

As a kid, I had dreams and aspirations similar to those of many other students at Columbia—I wanted to have a successful career, to make my family proud. Unfortunately, when I was 19 years old, I made a mistake that changed the course of my future; that mistake will follow me for the rest of my life.  Every time I applied for a job, I encountered the question: "Have you ever been convicted of a crime?" Having to relive my past every time I tried to move forward was incredibly discouraging. This question was removed from New York City job applications in 2015—three years after I returned home—but still remains on many college applications, including Columbia's.

After I encountered the question on Columbia's application, I was discouraged from applying. I had high expectations for the school after learning about The Center for Justice at Columbia University, which dedicates itself to advancing alternative approaches to safety and justice through education, research, and policy. I knew I wanted to be at Columbia after learning about this amazing initiative—but the question on the admissions application suggested that Columbia might not feel the same way about me.

After much hesitation, I submitted my application in April 2016, and I received an acceptance letter 30 days later. My acceptance to Columbia School of Social Work is evidence that our administration believes in second chances—and in that moment, I felt so empowered and excited to start school. At orientation, I learned so much about the faculty, my peers, and student life on campus. Although I felt incredibly welcomed by students and faculty, I noticed early on that there were no recognized student organizations for students who have been directly impacted by the justice system, which would have enhanced my first week experience as a formerly incarcerated person.

I wasn't sure what to expect when I started classes here. I returned home from serving my sentence in 2012 with only a high school education, and I'm now a graduate student at CSSW. Higher education has been the key to my personal success, and I strongly support removing the conviction question from all college applications to make higher education more accessible to other formerly incarcerated individuals. Last month, SUNY's Board of Trustees voted to remove the conviction question from their college applications, which is a huge step toward ending the stigma associated with having a criminal record.

Recently, Leyla Martinez, GS '17, and I presented the General Studies Student Council with a proposal to sponsor an event called Unlocking Potential on Oct. 19. Unlocking Potential will be a panel discussion outlining the various benefits of facilitating access to higher education for formerly incarcerated individuals. We also asked for student support in our initiative to remove the conviction question from Columbia's application. This was the first time that I had spoken publicly at school about being incarcerated, and I received such an overwhelming amount of support from students and faculty alike.

There are over 70 million Americans with some type of criminal record today, which translates to about one in every three people. In 2015, the total enrollment of Columbia University was 30,304. Given these statistics, it is very likely that many other prospective students applying to Columbia have been affected by the justice system. One way we can make this space more welcoming for these students is to consider the language we use when we are talking about those impacted by incarceration. Labels such as ex-convict, ex-con, and felon carry the stigma that we are trying to eliminate. Even the U.S. Department of Justice has opted to use less "disparaging labels" when referring to people who have been incarcerated—I would love to see us do the same at Columbia.

I was incarcerated with so many intelligent and talented women—many of whom are teachers, artists, business owners, and today's leaders in criminal justice reform. The media does an excellent job of dehumanizing people in prison, but please let us remember that these are real people. Everyone, regardless of their crime, deserves a second chance. Every time I walk across College Walk, I take in the beauty of our campus, and I can't help but think of all the men and women who may never experience the same—not because they won't be accepted, but because they can't get past the application.

Sarah Zarba is a first-year graduate student at Columbia School of Social Work, 2016-2017 Beyond the Bars Fellow, co-founder of Beyond the Box Initiative at Columbia, and member of the National Council for Incarcerated and Formerly Incarcerated Women and Girls. For more information about the #BeyondTheBox Initiative, please contact BeyondtheBoxColumbia@gmail.com.