The cost of popping the Morningside bubble

The cost of popping the Morningside bubble 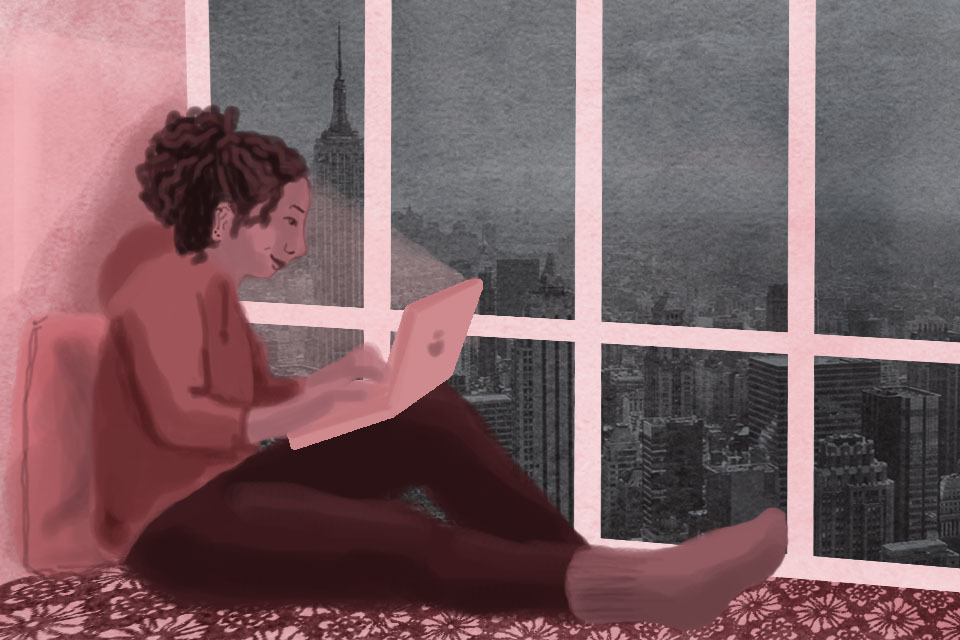 Not so much for myself, though. Since I'm currently a senior, 2017 might be the year that I leave this city or find a local job that makes three dollar losses less heavy. Rather, I'm scared for the many younger, and future, students that will suffer the burden of going to college in an even more expensive New York.

A transport hike is particularly distressing in a city like New York, not only because this is a fundamentally and increasingly unequal town but also because it is allegedly "the best city on Earth." A mix of hype and truth have transformed New York into an urban utopia where impossible dreams come true, opportunities abound, and everything cool happens.

As Columbia students, we are surrounded by our own version of the cult of New York. From the first admissions brochures until the last graduation speeches, Columbia sells us, especially the non-New Yorkers, a story: Your real college campus stretches beyond Morningside Heights and comprises the entire city. Many of our fellow students believe this promise, that to study in this city is to have constant, unfettered access to its treasures. But for many of us, this dream of experiencing New York City is unattainable due to one factor: money.

I learned this immediately as a first-year. To be honest, unlike many of my peers, I wasn't drawn to Columbia by the allure of New York City, and I've never believed the "greatest city in the world" myth. But I have come to really appreciate this town.

However, once I began living on campus, I found myself surrounded by versions of this type of person—some fairly intense, some much more moderate. In many ways, their lunchtime spiels about their weekends spent downtown, Facebook posts on their adventures in Brooklyn, and Snapchat streaks at concerts and festivals helped me see and crave New York's vibrancy. I also wanted to be the kind of Columbia student who takes full advantage of the promise of New York. However, my enthusiasm was crushed repeatedly by the price tag of the "New York experience."

Even with student discounts, most musicals and plays were still out of my financial reach. Trying a cuisine I'd never eaten before also didn't tend to come cheap. And even a trip to one of the many museums that we can visit for free—or anything that we can do for free—would often cost two subway fares.

This is not just about leisure. Columbia students are also supposed to be able to take advantage of the city's many opportunities to volunteer and intern, but transportation costs and unpaid internships prohibit many of us from even considering or feeling justified doing it. Even classes that promise to engage you with the city through fieldwork often come with an unspoken catch: no reimbursements for expenses incurred.

The constant encouragement to get out and enjoy the city started to feel more like a sort of pressure, and my inability to fulfill what I thought was the norm, frankly, made me feel like crap. I felt there was something wrong with me, as if I was doing Columbia wrong. And for a while, I was deeply sad and upset about this.

Comparing myself to my classmates was definitely the wrong move, especially since it took me a while to be conscious of how much inequality exists on campus and to notice how many other students were experiencing the same financial struggles that I was, or worse.

But, most importantly, I stopped thinking of my inability to take advantage of New York as a problem with myself. We, as Columbia students, are surrounded by a system of expectations that weren't designed for all of us and unjust realities that challenge our very presence on campus and in the city. This is not fair, but it should also not be our weight to carry.

I still feel cheated out of an experience sold to me as universal. But I now know that, for many students, the fantasy of New York City will often be unattainable, and they should not feel shame or frustration because of it.

The Morningside Heights bubble exists partly because many of us are too busy to leave, but also because many of us aren't rich enough to leave. If you also find yourself constantly floored by the cost of this city and are fearful of the rising costs to come, I implore you: Do what you can to explore, learn, and survive as a student and individual, but don't let the cult of New York bring you down.

Patricia Pou Jové is a Puerto Rican senior in Columbia College studying history and educational studies. She tweets at @ppoujove, writes mostly in English at thecosmotropics.wordpress.com, and mostly in Spanish at latinoamerriquena.wordpress.com. Not Your Chica runs alternate Mondays.

To respond to this column, or submit an op-ed, please email opinion@columbiaspectator.com.