A color-coded right to speak

A color-coded right to speak 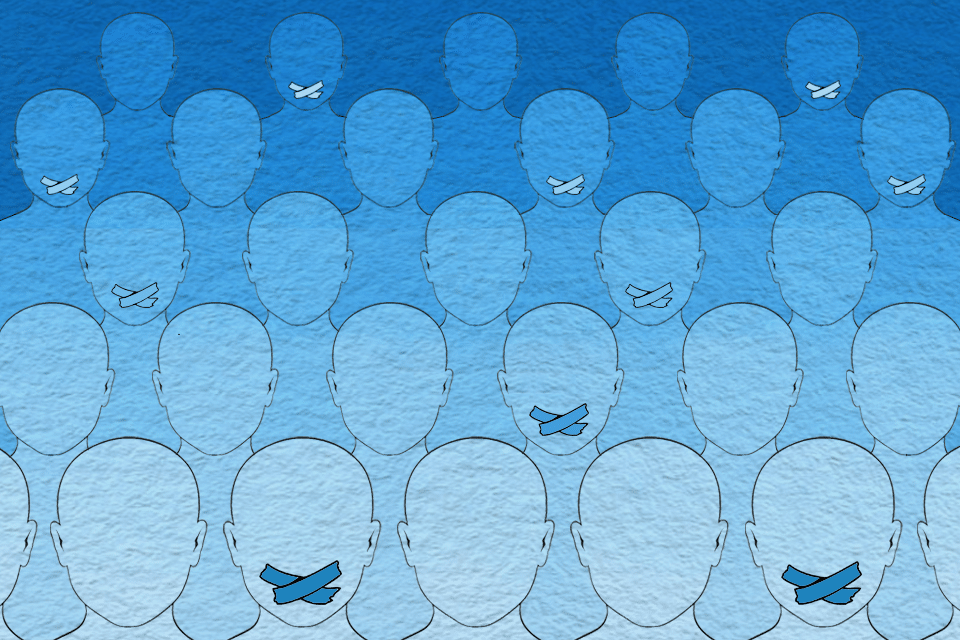 Many of us have had semiprivate conversations about race and privilege in our halls and classrooms, but social media gives us a very public glimpse into how those discussions often go awry. These exchanges about racism often turn racist themselves, straying far from the colorblind society envisioned by Dr. King.

It's calmed down somewhat in recent weeks, but in the past, the Facebook group Overheard @ Barnard has served as a flashpoint for this precise brand of tension.

Last semester, frictions reached their zenith when one student posted that they had overheard the following exchange:

Lizzy Brenner, BC '17, responded, commenting "tw: racism."  Her comment—and my defense of it—was met with responses like "are y'all white girls finished or are y'all done?" and "I don't understand white girls." Later, when Arabelle Chafe, SEAS '18, commented on the same thread, "as a woman of color I find this post racist," people responded with curiosity rather than vitriol, posting things like "interesting," and "can you explain why?" With these drastically different reactions, both Brenner and Chafe were judged by "the color of [their] skin," and not "the content of [their] character."

But Chafe is no stranger to racial assaults on Overheard @ Barnard. On a different thread, she was asked by another student, "do you ID as a person of color because your spray tan is literal blackface in your prof pics?" to which Chafe angrily (and appropriately) responded, "that is my natural skin color you f***ing idiot," and, "come meet me and wipe a f***ing wet cloth on my face."

The same student who falsely accused Chafe of blackface posted that they were "a trans and queer brown physically and mentally disabled low income person," as if the combination of these qualities made them uniquely capable of holding informed opinions on all facets of social justice.

I spoke with Chafe about these experiences, and she shared with me her frustration at "only being allowed to express my opinion when they deemed me to be a woman of color … When the mob felt that my identity didn't match up with the ideology they expected me to associate with, it turned into a witch hunt, culminating in them trying to prove I couldn't possibly be a person of color."

Ironically, Overheard @ Barnard is billed as a safe space. Almost every day, at least one of the posts includes a trigger or content warning. Students somehow feel the need to warn others when posting about content as innocuous as food, but outrageously deem it appropriate to evaluate their peers' beliefs and opinions based solely on the color of their skin.

Similar issues came to the fore last November in the Columbia College class of 2018 Facebook page when one student posted to ask if any white students who had a professor of color teaching their Contemporary Civilization section would switch because it was "important to my life and health, thanks." Debate erupted over whether or not it was racist for the original poster to demand a different professor based solely on the fact that the one to which she was assigned was white. Students weighed in on both sides with one writing, "Could someone please explain to me why it's acceptable to refuse to be taught by a highly educated, highly trained professor because they're white," and another countering that, "I can't separate my lived experience as a PoC in AmeriKKKa from the foundational texts that f***ing inspired the foundation of AmeriKKKa."

Leaving the characterization of America as a body synonymous with the KKK totally aside, this way of thinking evidenced both here and in Overheard @ Barnard is deeply troubling. Being more oppressed or less privileged does not make someone more or less qualified to speak, and when we use race as the means of determining whether or not an opinion is valid, we are fundamentally prioritizing color of skin over content of character.

Donald Trump's ascension hasn't created troves of racists in this country; it has inspired them to proclaim publicly what they've been saying privately for years. For those desperately seeking a silver lining to the cloud that his candidacy has thus far been, the one positive thing we can say is that we now have a more realistic picture of the deep racial divisions still haunting our country.

These divisions can't and won't be healed now, or anytime in the immediate future. But the only way to achieve a truly colorblind society is to create it for ourselves. Columbians, we have a responsibility to foster open dialogue, ensuring that we aren't color-coding the right to speak. Dr. King envisioned a world in which we judged others not "by the color of their skin but by the content of their character." It's been over five decades since he uttered those words, and we have yet to make his dream our reality. We can start this moment today.