Column: Rise, America; I'm with you

Column: Rise, America; I'm with you 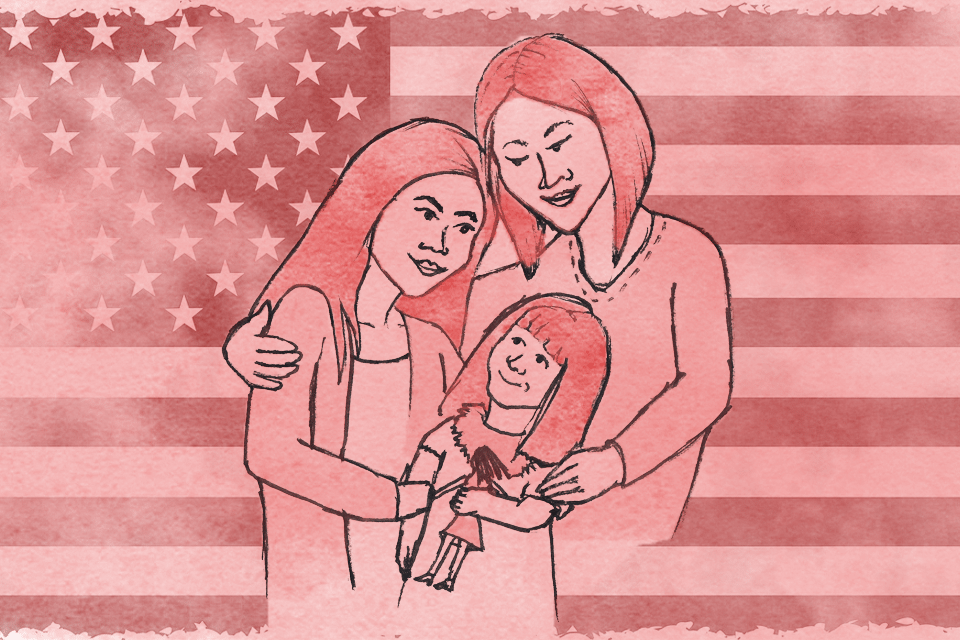 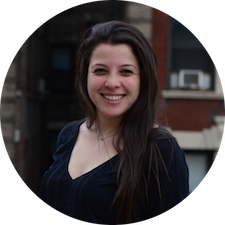 How can women feel safe walking on their own streets when their neighbors have supported a man who tells the world that sexual assault is okay? How can minorities ever feel protected when their fellow citizens voted for a man whose every speech and tweet drips with racist ideology and sentiment? How can members of the LGBTQ community remain confident that their right to marriage equality will be protected and enforced?

Trump supporter and conservative media personality Ann Coulter suggested recently that only people with four grandparents born in this country should be allowed to vote. But as I proudly filled the bubble beneath Hillary Clinton's name on the ballot, I thought of each of my four foreign-born grandparents.

My maternal grandmother immigrated to this country when her native one began treating her as less than human. As a Jew living in Nazi Germany, Oma's childhood was marred by oppression and disenfranchisement. In 1937, after her father was beaten up by Hitler youth, Oma's family decided to leave Germany and managed to get papers allowing her to come to the United States. She left just in time: Mere months later was Kristallnacht, the night of broken glass, a time when Germans burned Jewish homes, synagogues, and businesses, making it abundantly clear that German society had no place for "others."

Last night was the anniversary of Kristallnacht, and every year the day begs us to remember what happens when people give in to fear and paranoia and begin persecuting minority groups. At the Nuremberg trials, the Nazi Hermann Göring told the world:

"Of course the people don't want war. But after all, it's the leaders of the country who determine the policy, and it's always a simple matter to drag the people along whether it's a democracy, a fascist dictatorship, or a parliament, or a communist dictatorship. Voice or no voice, the people can always be brought to the bidding of the leaders. That is easy. All you have to do is tell them they are being attacked, and denounce the pacifists for lack of patriotism, and exposing the country to greater danger."

Oma's story taught me to fear leaders who operate by Göring's playbook. She's also taught me more about being an American than either of my parents ever have, because she understands and appreciates this country in the way that only an immigrant seeking refuge ever could. She gets emotional every year at Thanksgiving and never stops telling me how lucky I am to be an American citizen.

By some stroke of luck, I managed to get into the Javits Center, the venue of choice for what was to be Clinton's election night party, on Tuesday evening. When they announced that Hillary had won Virginia, a campaign staffer bear-hugged me and spun me around the room. We looked at each other with tears in our eyes. "It's all going to be okay," we thought to ourselves. An hour or so later, that same staffer and I found ourselves outside the Center mourning for a country whose future felt uncertain.

As a Republican, I'm mortified that my party nominated a man who in no way represents conservative values. As a woman, I'm distraught that my country elected a man who makes me feel uncomfortable and unsafe. As a Jew, I'm terrified that my people might once again face real and tangible persecution. As a human being, I'm horrified that my nation will be led by a man who is as intolerant as he is intolerable.

Last night was supposed to be about triumph, about firsts, about our country evolving and progressing, about giving little girls big dreams. I had already planned to write a column about Hillary's victory; I had dedicated it to my niece, Charlotte, a three-year-old whom yesterday I thought might grow up in a world that tells her there is no limit to what she can achieve. What have we done, America, to deserve this? And who is to blame?

A few months ago, a friend of mine encouraged me to read David Foster Wallace's "Up, Simba!," an essay that analyzed John McCain's 2000 campaign. Wallace implores his readers, "by all means stay home if you want, but don't bullshit yourself that you're not voting. In reality, there is no such thing as not voting: you either vote by voting, or you vote by staying home and tacitly doubling the value of some die-hard's vote." Wallace is right, of course, which is why Clinton's own literary work "Hard Choices" is a perfectly apt moniker for this election. The choice not to choose is a choice itself, and the would-be voters who refuse to acknowledge that their inaction contributed to a Trump victory are deluding themselves.

We've had bad politicians and presidents before, racists and misogynists who have inspired horrifying, if not compelling, AP U.S. History essays. It was hubris to think that the current iteration of the American political system had completely left that past behind. Clinton's concession speech promised that "our best days are still ahead of us." We have a responsibility to make sure she's proven right and "to combat authoritarianism, to call out lies, to struggle honorably and fiercely in the name of American ideals," as David Remnick demanded of us in the New Yorker. Like the phoenix from the ashes, rise, America, rise.

Daniella Greenbaum is a Barnard College senior majoring in English literature. She tweets @dgreenbaum. Even though she cried and vomited a lot last night, she believes that we can and will get through this. Agree To Disagree runs alternate Mondays.