Why engineering students are voting yes for our union

Why engineering students are voting yes for our union 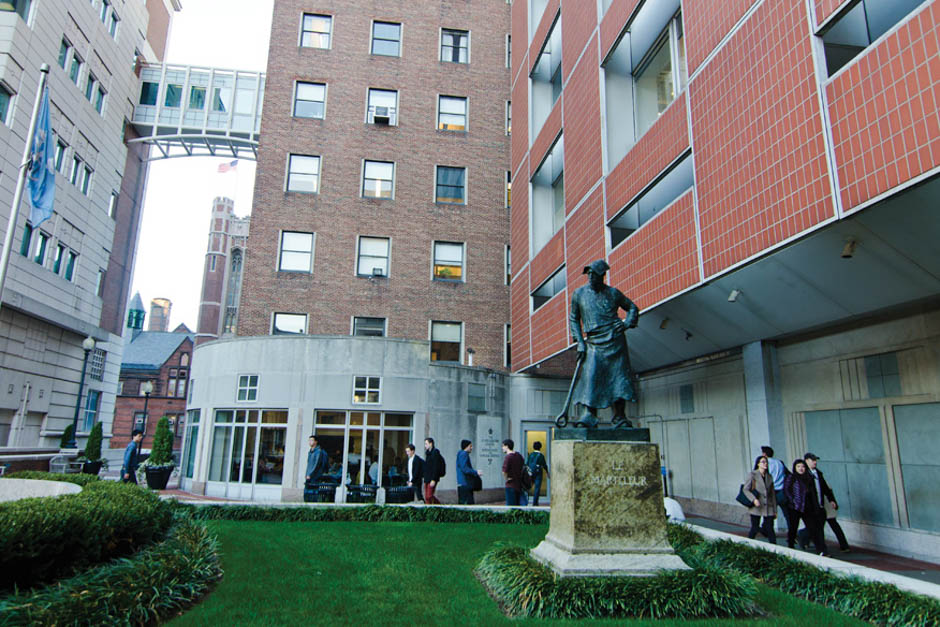 From Dec. 7 to 8, Columbia's graduate workers will have the chance to decide whether to exercise our democratic right to form a union. University administrators have cautioned us against voting in favor of the union with the bold implication that we don't know what's best for us.

However, since reviving the movement to unionize graduate workers at Columbia, most of the graduate students in the School of Engineering and Applied Sciences with whom we have spoken have continued to support and help organize Graduate Workers of Columbia University. We, as engineering graduate students, have done our research, and we are supportive of the union for the following reasons.

First, binding union contracts enhance universities and offer secure, competitive employment conditions for graduate employees. Right now, we have no power to shape and protect our working conditions. As a result, many of us face problems that could be easily addressed through contractual bargaining, from University-wide issues like inadequate dental care and chronic late pay, to issues especially pronounced at the engineering school, like the threat of suddenly losing the funding that sustains our degrees.

Columbia has thus far released no clear-cut statements explaining what SEAS doctoral students can expect financially and what types of support the school can be counted on to provide when grant money runs out (even though such guarantees are available for other schools, such as GSAS). In circumstances where faculty have run out of grant money, or where students have had to find new faculty advisers, the burden for securing alternative means to fund our doctoral degrees has fallen on the faculty and the students themselves. At a recent town hall, the Engineering Graduate Student Council presented a statement—to the surprise of both graduate workers and faculty—that our offer letters are legally binding and that SEAS is expected to provide financial support for those in previously mentioned situations. When we last checked, this statement was excluded from the information on EGSC's website.

These issues could be improved with a union contract. More secure conditions would let us spend more time in the lab and less time worrying about tracking down missing paychecks, searching for new funding, or struggling to pay for root canals. Right now, faculty advisers are our best advocates in resolving bureaucratic issues, but that should not be their job. Union support lifts the burden off of the faculty and allows us all to focus on research.

Second, it has been shown that graduate workers thrive when research assistants in STEM fields are unionized. The administration seems to be under the impression that having unions with research assistants is an untested experiment that will cause costs to skyrocket. But there are many graduate unions across the country which currently offer very desirable contracts and protections to their engineers: Graduate unions at the University of Washington, University of Connecticut, and the Postdoc Union at University of California have all developed contracts to address their diverse needs with fantastic results. The University of Washington has had a graduate union for 14 years, and during this time, not only has it admitted more doctoral students, but also it is now the top-ranked public school in terms of research grants awarded to the university.

Third, unions can actually improve adviser-advisee relationships. One of the most distressing anti-union talking points from the University is the claim that unionization will negatively affect graduate workers' relationships with professors—but the opposite is true. Studies such as that of Rutgers University professor Paula Voos have shown that graduate students at unionized public universities actually reported having better relationships with their faculty advisors as compared to students at public universities without a graduate workers union.

Moreover, when Princeton economics professor Henry Farber—the University administration's own expert witness in the National Labor Relations Board hearings—was directly asked whether there is any empirical evidence that unionization negatively affects faculty-student relationships, he said no, showing that such fears are largely unjustified.

We deeply value the mentor-mentee relationships we have with faculty members. Those of us who have good relationships with our faculty would like to continue nurturing them. In less common cases in which faculty members mistreat graduate workers, however, unionization would allow workers to not only point to clear policy, but also have access to neutral arbitrators, legal aid, and fellow graduate workers mandated and empowered to help them protect their rights.

Fourth, unions offer basic workplace protections for graduate employees. We've heard engineers say they're worried that a union will impose caps on our work hours, but many contracts explicitly protect the right of graduate students to work as many hours as they wish (for example, the University of Washington contract, Article 33 Section 8). What unions actually do is help clarify policies so that graduate workers can be protected if they are being forced to work beyond what is required. For example, some of our friends who are Columbia international graduate workers have been discouraged, and in some cases, even prevented from going on vacation or to their home country. When these situations occur, unions allow us to mobilize to ensure that these students are protected.

Union contracts can also ensure that wages and conditions cannot be lowered from what they were previously for any graduate employee (for example, Article XIX in NYU's contract), regardless of how high those wages were before the contract.

Fifth, unions promote democratic decision-making to improve conditions for all workers. Unions democratically decide what they want to bargain over, if and when to take job actions, and whether to ratify a contract. At each stage, all graduate employees have an opportunity to weigh in.

A recent anti-union op-ed suggested that SEAS graduate employees will be outvoted by other student populations. We believe the voting bloc of SEAS students carries sufficient weight in Columbia; research assistants and teaching assistants from engineering schools at universities with similar proportions as ours (including the University of Connecticut) have participated in both organizing and bargaining campaigns. SEAS students must recognize that the fundamental goal of unionization is not to take away resources from smaller groups, nor even to equalize resources, but to enhance wages, benefits, and protections for all graduate workers, as has been the case in unions at more than 60 campuses across the United States.

Columbia has the chance to be a leader for graduate employees across the nation. Our union campaign has catalyzed union movements at other private peer institutions, from Harvard to University of Chicago to Cornell to Duke to Boston College. A strong turnout for a 'yes' vote will help drive a strong 'yes' vote turnout across the country. That means if we vote 'yes' now, we have the chance to make not only our own conditions more secure, but also secure the working conditions of thousands of workers at other universities, too.

Unionization is a step forward that will improve the conditions of hard-working academic workers everywhere during this significant time of their lives. We would expect no less of Columbia than to be a leading institution in taking this step. Instead of suppressing students' democratic choice to unionize and wasting numerous resources on anti-union efforts, Columbia, engineers included, should take advantage of this opportunity to become a leader in making real change.