Letter to the editor: UAW is a strong ally for international students and postdocs

Letter to the editor: UAW is a strong ally for international students and postdocs 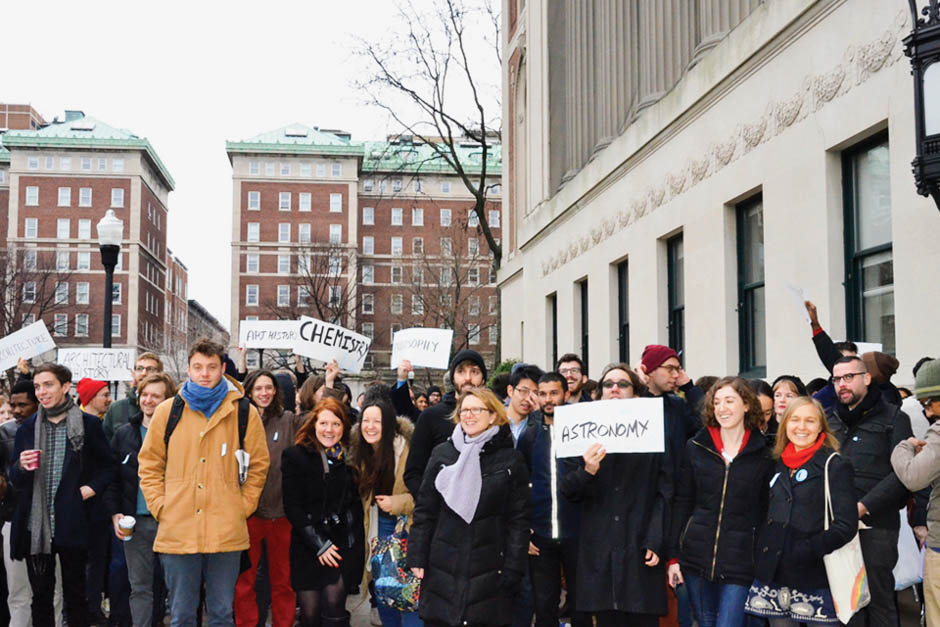 We are the statewide leadership of the union for 6,000 Postdoctoral Scholars at the University of California and Lawrence Berkeley National Lab, UAW Local 5810. Our union membership includes over 60 percent international postdocs working on visas, including H-1B, J-1, and OPT. We feel that the Spectator op-ed by Provost John Coatsworth and Associate Provost David B. Austell distorts the UAW position on immigration and guest worker visas before the GWC-UAW vote this week. As members of the UAW, we need to clear up any misconceptions this article has created.

The UAW has been a major advocate for immigrant worker rights and expanding opportunities for international students to work in the US after graduation, both at universities and in the private sector. Our union strongly advocated for expanding and strengthening the OPT program and for unlimited green card access for all advanced degree holders, and has protested against efforts to reduce visa availability or create a two-tiered system. Our members have testified before the California legislature and met with members of Congress and White House representatives to advocate for these positions.

It is very disappointing to see the Columbia administration attempting to whip up divisions based on immigration status in its effort to defeat the union—especially in a climate of increasing anti-immigrant racism—instead of embracing research and teaching assistants who want to make Columbia and society at large a better place. Our message to the Columbia administration is that we are certain that the union's positions are ours because WE ARE the UAW.