Getting back in our League

Getting back in our League 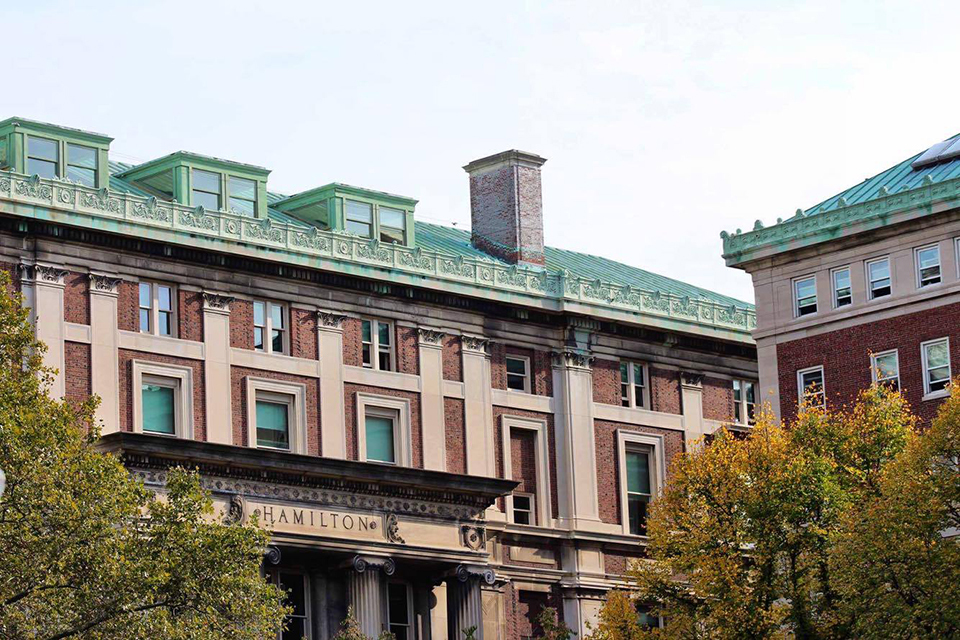 The 2017 list of Rhodes scholars yet again shows the conspicuous absence of any graduating Columbia students (though one General Studies alumna appeared to have survived the odds). Since the beginning of the Rhodes program in 1904, Columbia students have only been presented with 27 such awards, while 354 have been won by those at Harvard, 240 at Yale, 208 at Princeton, 98 at Stanford, 62 at Dartmouth, and 55 at Brown. With 27, Columbia is in the same league as the University of Montana and the University of Washington.

But it's not just Rhodes. In the history of the equally prestigious Marshall scholarships, Columbia students won only 28 awards versus Yale's 119, Princeton's 129, and Harvard's 244. Columbia is not even within a shouting distance of its peers, except for Cornell with 34 awards.

The Harry S. Truman Scholarship is another prestigious award. From 1977 to 2015, the Truman Foundation recorded 27 awards given to Columbia students, versus 47 to Duke, and 39 to Brown; and it is not, as usual, even in the ballpark of its peers, with Harvard receiving 60, Stanford 62, and Yale 61.

To me, the data begged an obvious question: Is Columbia overrated? More specifically, are Columbia students not among the finest young scholars that the University recruits, year after year? If they are, why have they failed to win prestigious scholarships commensurate with the University's academic ranking?

There are a number of possible reasons given for this discrepancy between Columbia's prestigious reputation and students' failure to win scholarships. One reason might be that the rankings are grossly inaccurate and misleading. But this line of thinking would imply that the high rankings and achievements of Harvard, Stanford, and MIT should all be dismissed as statistical nonsense. Another likely reason, which utilizes the yardstick of Rhodes and Marshall awards, may be that we, ourselves, may hold Columbia in too high a regard.

It is perhaps not too harsh to pose a new, awkward question: Has Columbia failed to provide a community that supports students so that they may grow and flourish in the years before applying for Rhodes and other prestigious awards? This question may be awkward, but it's by no means irrelevant or irreverent. To answer the questions of our Rhodes output, we must begin at the beginning—the four, short years that our students spend on this campus, and the community they spend it with.

President Bollinger was correct when he said that Columbia lacks a sense of community, a critique that has been frequently levied against the University. This observation, however, must not just stop there. Communities must be built. The absence of "Gemeinschaft" has so often been explained away by assertions that Columbia students are proudly independent, or that New York's "Gesellschaft" atmosphere has permeated Columbia's McKim, Mead, and White-designed Morningside campus.

At Harvard, one of Columbia's seven peer Ivies, there is an invisible but well understood "conveyer belt" manned by resident tutors, academic advisors, and the relevant administrators to give student applicants material assistance. Resident tutors and advisors are assigned to each of the Harvard houses, their number commensurate with the size of the residence hall. There is also, of course, the house master, who is a full-fledged and renowned professor. All of them have their "antennae" out for students who are potential candidates for prestigious awards or other competitive activities that might require special advising. As a former visiting scholar at Harvard, I witnessed this firsthand. I observed a similar environment as a visiting scholar at Princeton.

This sense of community must be shared and fostered by all three pillars of Columbia:  the Administrators, the Faculty, and the final and distant third, the Students (including alumni). Without the first two groups taking an active and constructive lead, there cannot exist a viable sense of "Gemeinschaft" at Columbia.

Contrast this structure with that of Columbia; consider our much touted Core Curriculum, for instance. Senior professors have an apparent lack of interest in teaching our nation's finest young scholars despite financial incentives offered by the University. A Spectator news piece documents that a large percentage of Core teaching is still carried out by graduate students.

Or perhaps we should listen to the students themselves; a fine article in The Eye published in October reports that many potential student candidates at Columbia felt discouraged to even try applying for prestigious fellowships. Many have encountered difficulty in securing recommendations from professors who remain remote figures despite developing three- or four-year-long academic relationships with their students. While the onus should, too, be on students to cultivate these meaningful relationships, faculty should also be expected to have their "antennae" out for promising students, and to support these students when the next application season in their life rolls around.

Any serious student of a well-known global institution—or better, one who studies successful global empires such as the British or the Manchu Dynasties—would know of the responsibility and capability of the ruling elites to create, foster, and fine-tune an institutional "culture" that nourishes an esprit de corps. The much smaller Columbia counterpart, Low Library, is tasked with developing the key elements of the University's sense of community. Many empires failed because their respective elites failed to foster community.

It is really curious that generations of Columbia graduates do not seem to remember their Alma Mater fondly. Ask Barack.

If the current "ruling elites" at Columbia are somewhat clueless as to how to go about it, should they perhaps consider calling in a few Goldman Sachs folks, à la president-elect Trump, to help Low Library in its community-building undertaking? I jest, only in part and with pain.

The Cox Commission was brutally honest in its conclusions when it placed much of the blame on administrators for the 1968 demonstrations on Low Library. How much has Columbia improved since then? It's time for another commission, headed by an outsider, to take an honest and thorough look at Columbia's shortcomings—in supporting student scholars in seeking prestigious scholarships, and elsewhere.

The status quo is unacceptable, unless one were willing to accept that Columbia and its peers—Harvard, Yale, or even Dartmouth—are not in the same League.