The implications and opportunities of Thornton's Orgo war

The implications and opportunities of Thornton's Orgo war 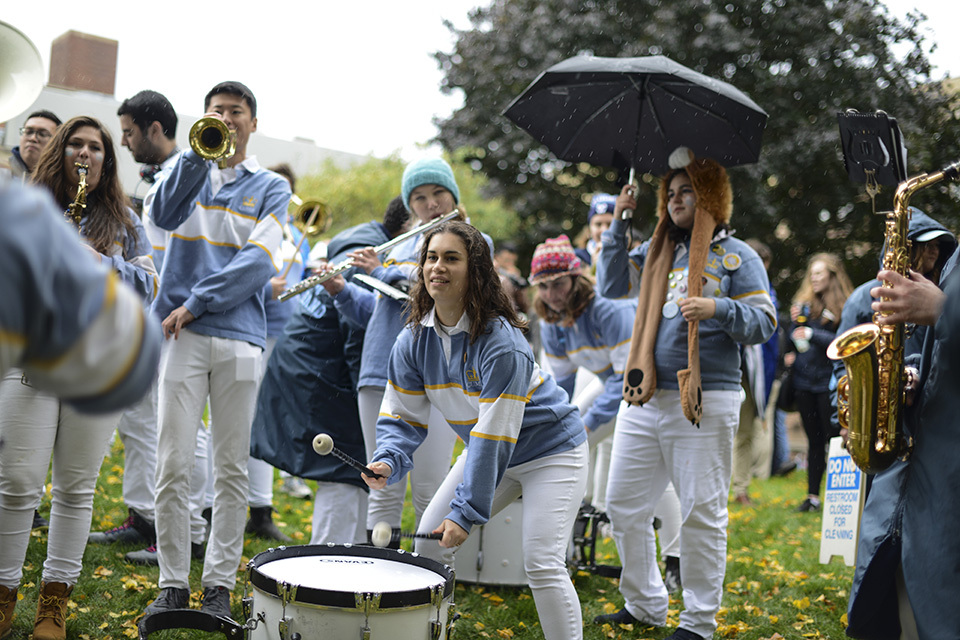 Orgo Night: One could call it CUMB-troversial. (Okay, that was bad. Let's move on.) And yet, for 40 years, the Columbia University Marching Band has insisted on marching into Butler 209 and roasting everything and everyone in Columbia to the very vocal chagrin of many. It has been denounced in name by the Disorientation Guide, in which the activist groups on campus introduce interested first-years to various issues. Many students feel it was implicitly called out in a handout provided during Under1Roof, a mandatory NSOP program designed by the Office of Multicultural Affairs, which described a similar hypothetical event as "a semester comedy routine and campus 'tradition' [during which] a student organization consistently mocks issues surrounding race, gender, queerness, and other identities." It has been mocked online so many times that one could design a short promo around those insults, as the marching band did.

All of that was this semester.

Now, the administration, which in the past has asked politely for the marching band to end Orgo Night to little effect, has pulled the nuclear option: Butler Library is a library, and people need to study. Despite the underlying contention between the marching band and the administration, the move serves as a saving grace for a university whose president openly defends First Amendment values. The Supreme Court allows for reasonable content-neutral restrictions on freedom of speech based on time, place, and manner, and Orgo Night has always occurred when and where students study when it could instead take place in a space that is not a library.

But in the heat of the moment, the implication of such a restriction may be lost. Yes, Columbia may go so far as to secure Butler with Public Safety officers, and yes, the suspension of a night of salted wounds and low blows after the election of Donald Trump may seem like a well-deserved break. However, Columbia must assert that all potentially disruptive activities are banned from Butler Library to maintain the guise of content-neutrality. While I assume the many people who worked on the Disorientation Guide and denounced problematic events in unison are elated by the marching band's dilemma, they wouldn't be as delighted if Columbia asserted the same authority over any of their protests in Butler. And while Columbia grooms its image as zealously as it does, cheering for this action now only cements Columbia's right to interfere with events that they deem disruptive.

However, pointing out that activists and bandies have an united interest in fighting this expansion of University power does not resolve the community-wide debate over the purpose of Orgo Night. In their statement to the student body, the marching band, whose promo featured some people of color, claimed that by disrupting Orgo Night, the University was making it clear that "fostering a community is not their priority." However, in a 2014 op-ed protesting Orgo Night, the writers claimed that by not cancelling Orgo Night, the University was making it clear that it "does not care about its students of color, its queer students, or its trans students," who make up a large portion of Columbia's community. These two sides are claiming that they represent values of the community, when evidently they each, at best, represent only a specific part. And both sides must want to foster an inclusive community, otherwise they wouldn't seem to be claiming they do.

The various groups who feel Orgo Night never represented them should see this as an opportunity. While the marching band goes to war with the administration over 209, host an alternative comedy event somewhere else. This way, activists are utilizing the marketplace of ideas, which is not the same as censoring Orgo Night. And if the marching band's claim on the community is illegitimate, then students will choose inclusive humor over Orgo Night, and Orgo Night will have to either adapt to changing demands or leave the market altogether. What better time to prove that to everyone defending Orgo Night than now?

And if you're short on comedians, call me.

The author is a first-year in Columbia College studying political science. He is also a contributing writer for the Blue and White.

To see other pieces from this Scope, click here.