More than the first black president

More than the first black president 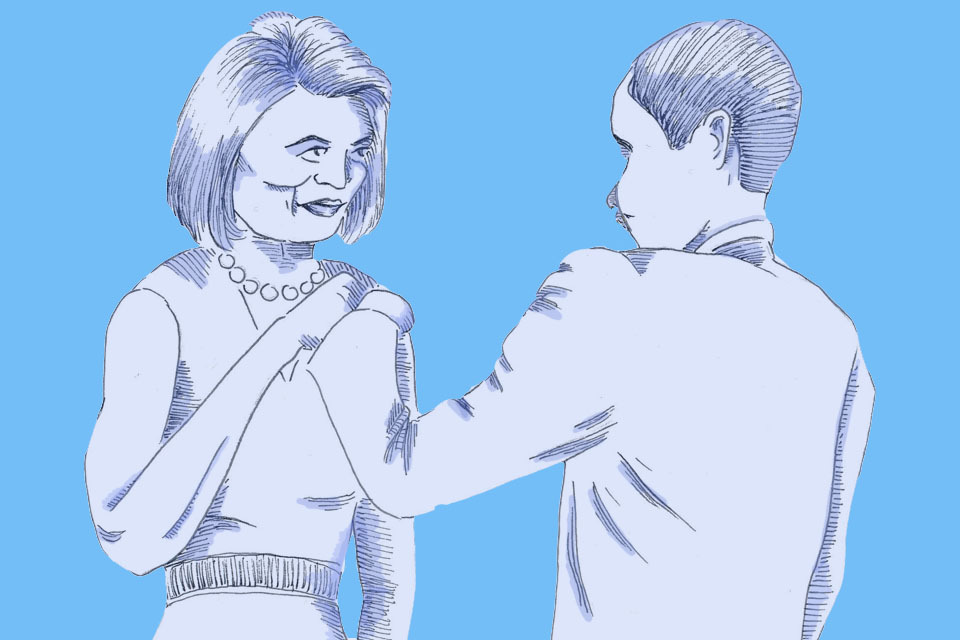 In examining the Obama years, one can elicit many positives and negatives of his administration's policymaking. However, Obama's presidency is unique, defined by his ability to lead with empathy and be a true role model to young (minority) Americans. Perhaps the greatest lesson the Obama family leaves with me at this time as a black person is to maintain a constructively positive perspective during the presidential transition.

My dreams were being realized right in front of me on a massive projector by an imposter.

The roars of the thousand kids from all walks of life at my middle school were drowned out by my internal screaming. I had felt like I had not only been robbed of the title, but also the duty I felt I had owed my country when people around me said that I could be the first black president. Surprisingly, eight short years later, my jealousy of Obama has converted to full veneration and idolization. And, more importantly, in eight short years, I've learned that Barack Obama is more than simply the first black president of the United States.

Despite my boiling anger during his inauguration, my love and respect for Obama actually began that very same day. After letting off some steam, I decided to read up on the Obamas on the ever-so-faithful Wikipedia. Almost immediately, my eyes were drawn to the prestigious educational background of President Obama. The fact that he went to two Ivies impressed the know-it-all sixth grader me. Mollified by President Obama's impressive academic experience, I saw him as worthy of the title that I had coveted for myself.

I decided to familiarize myself with Obama's alma maters. My first step was looking at Columbia. All I had to read was that Columbia University is a private Ivy League research university, and I was sold. I knew that to approximate any goals similar to the community organization, election as senator, and election as president that Obama accomplished, Columbia was the type of school I needed to set out to attend. I began to think about the steps I would need to take to attain that level of erudition.

Michelle Obama has also proved to be continually inspiring. Throughout Obama's presidency, she grew from doing little with the office to arguably becoming the most iconic first lady of the United States. By the time high school came, I found myself on her Wikipedia page and engrossed in her narrative. Her struggles of being a high-achieving black woman in high school and needing to prove herself ran parallel to my own struggles. I read about how she coped with being one of the few black students taking the hardest and highest-level classes, and I could envision myself walking into my AP classes at the beginning of every year and wondering if the other students thought I was lost.

Her need to prove that she could get into Princeton on her own merit was our greatest common struggle: I continuously fought in all facets of my life to validate the day I hoped I would get an Ivy League admission.

Right before my eyes were two people who I so personally connected with—they looked like me and they realized my dreams of attending an Ivy League institution. Suddenly, the Obamas evolved into my strongest role models. As the years went on, the Obamas only grew more inspirational with their actions in office. As first lady, Michelle Obama worked immensely on education equity, inspiring all to pursue the highest of dreams with programs like Reach Higher.

As with all presidents, some people are going to see Obama's policies as accomplishments, and others are going to see them as failures. Obama's presidency and leadership are unique, though, in that he stands out for his character, for his ability to lead with empathy, and for being a true role model. In speeches, in times of deep sorrow, and in day-to-day events, his conviction, decency, humor, and grace formed an anchor for hope. Very few presidents have led with as open a heart as Obama has. His candor marks him as one of the most relatable presidents to date.

Perhaps the greatest lesson the Obamas leave with the American people is their family motto, "When they go low, we go high." In an election where a very small minority of people have not been affected by cruelty, bullying, and degrading, hateful language, the Obamas remind us to maintain our dignity through it all by standing tall and continuing to fight for respect.

As a young, gay, black man, I cannot say that I am satisfied with the results of the most recent election. I cannot say that I'm not fearful of what the future holds for this country and me. Yet, the Obamas have instilled in me the belief that if I dream and act on the ideals of hope, I can make a difference. So, rather than putting down those who do not agree with me, I must show why I believe in what I do. And, in fighting for my rights and beliefs, I must be an exemplar to those who do not believe one voice can overcome a crowd.

While President Obama's legacy may currently be pared down to being the first black president of the United States, he has grown to be much more than that to me and to many other young minds of our country. The professional example he sets is only rivaled by his example of character.

As we say goodbye to the Obama family, we must remember all that they have shown us: In all of us lies a grace that bonds us together as humans. When we realize this, true peace will prevail that knows no party affiliation, racial affiliation, sexual orientation, religious affiliation, or any other boundary that we perceive as a concrete divide.

The author is a Columbia College sophomore majoring in psychology.

To read the rest of the pieces in this scope, click here.

To respond to this op-ed, or to submit an op-ed, contact opinion@columbiaspectator.com.
student identity Barack Obama Scope