Columbia has an empathy problem

Columbia has an empathy problem 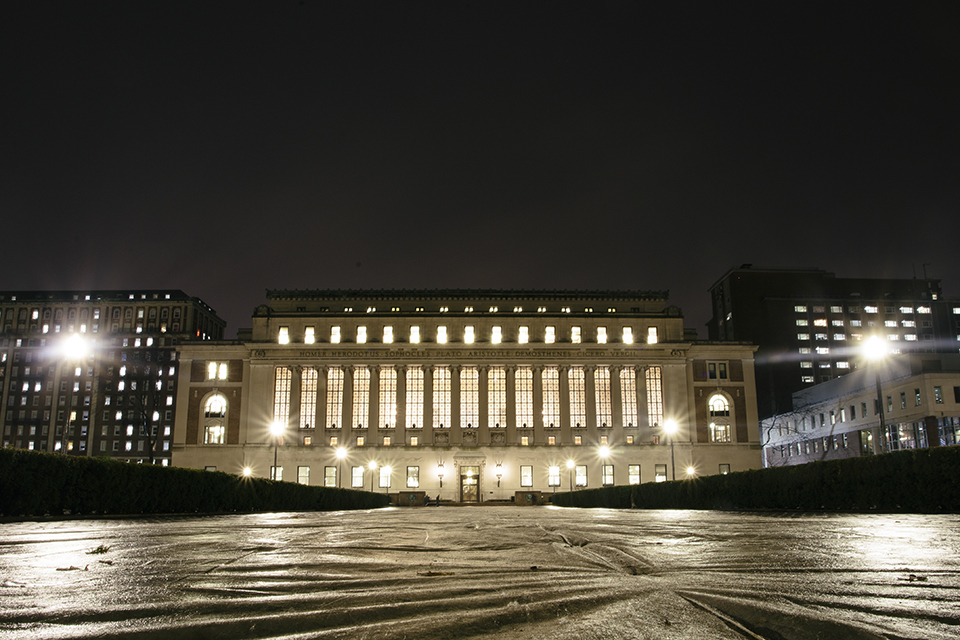 There's something that rings true in these words, although perhaps only partially. It's like when an object is so close to your face that the edges become blurred. The features and details are almost indistinguishable from the backlight. But then you finally catch a glimpse of something recognizable. You hold on to that tiny sliver of an image, your eyes adjust… and then you see.

I entered Columbia College in the fall of 2012. I was an excited first-year from Kansas who had no idea what he was getting into, and now here I am five years later as a second-semester junior. I've taken a collective total of two years away on medical leave for mental health issues. The first time I left in the fall of 2014, it was very much of my own volition. The second time I left, however, was after an attempted suicide in early June of last year. Now, this doesn't necessarily make my perspective any richer or more important than anyone else's, but it does grant me the advantages of scope and time.

As some of you may know, the 2012 academic year at Columbia began with the suicide of our own Martha Corey-Ochoa on the second night of the New Student Orientation Program. Her death was a story that prompted discussion around campus and even became major headline news. Since her passing, I can easily recall nearly half a dozen student suicides just from memory. I'm certain that there are, in fact, more than any of us are aware of. While folks might argue that the issue lies with the administration and the lack of support it provides students in our times of need, others believe a great deal of fault lies with the fact that Counseling and Psychological Services is critically understaffed and overworked; still others might say that there's no problem at all when you look at the rate of suicide among other "elite" universities. I think each of these points has its merits. However, I've come to learn a single hard truth over the half-decade I've spent working towards my degree: A lot of us just don't give a shit about each other.

To paraphrase one of the greatest living spiritual authorities, Dr. Cornel West, in order to really change things, we must approach the world with a radical tenderness and a militant kindness.

I think that all of us will leave this school with more or less an understanding of the ways in which massive systems affect our lives. But I don't think that nearly enough of us will leave having reached a point where we've been forced to grapple with the ways in which we personally contribute—positively or negatively—to the overall health of the spaces we live in and the people who inhabit them with us.

I'm talking here about something more fundamental than the elimination of racist microaggressions from our daily lives, or the eradication of gender-biased vernacular, as important as these issues are, but rather, I'm speaking of something that transcends each and every hot-button campus issue. I'm talking about the individual search for a radical sense of love—a love that will compel us to act with the sort of tenderness and kindness that Dr. West embodies.

Love is an interesting topic on campus these days. We hear a lot of talk about "self-love" and how critical it is to our ability to function in our day-to-day lives. And largely I agree with this. I know that my ability to love myself, and the work I've done to adopt a more healthy understanding of what self-care means for me, has left me in a much stronger place than I was six months ago.

But I can't help but think that we lose something by focusing so much of our efforts on the self. We forget to care for one another.

So it's disheartening to me when I see Facebook posts—as well-intentioned as they are, and as authentic the grief motivating them may be—that mourn the deaths of our fellow students and bemoan the glacial pace at which the University attempts to change things for the better. And of course, there are also always the obligatory writings denouncing "stress culture" and the "pressures" of managing an Ivy League education. These issues are real. I know—I've been there.

However, I've found that what most of us won't ever do is ask someone sitting alone in a dining hall if they'd like to join us for a meal. We probably won't take the time to send a note to the random kid in class who always makes good points, or the TA who spends extra effort to make discussion section bearable, or even the member of the administration who goes out of their way to push through the red tape and make a difference. We likely won't care to put our ego aside and ask the "weird person" on our floor what they like to do for fun, or, better yet, ask to be a part of something that matters to them. It might not seem like much, but I believe this is the same radical tenderness and militant kindness that is at the heart of Dr. West's ideas. It is a demanding love. It demands that we make ourselves uncomfortable, that we make ourselves available, and that we allow ourselves to be vulnerable in a world that tells us we must always be strong.

For all my reflection, meditation, and hours of therapy I'm still truly at a loss. None of us wants to see another of our peers find themselves in a place where they believe killing themselves is the only option. At least I used to think that. After five years, I'm not so sure anymore.

So I write this as a challenge, Columbia. I'm tired of seeing people die. Show us that we mean more to you alive than we do dead.

The author is a student at Columbia College. They were granted anonymity due to the personal nature of this content.