I chose the best, not the stress

I chose the best, not the stress 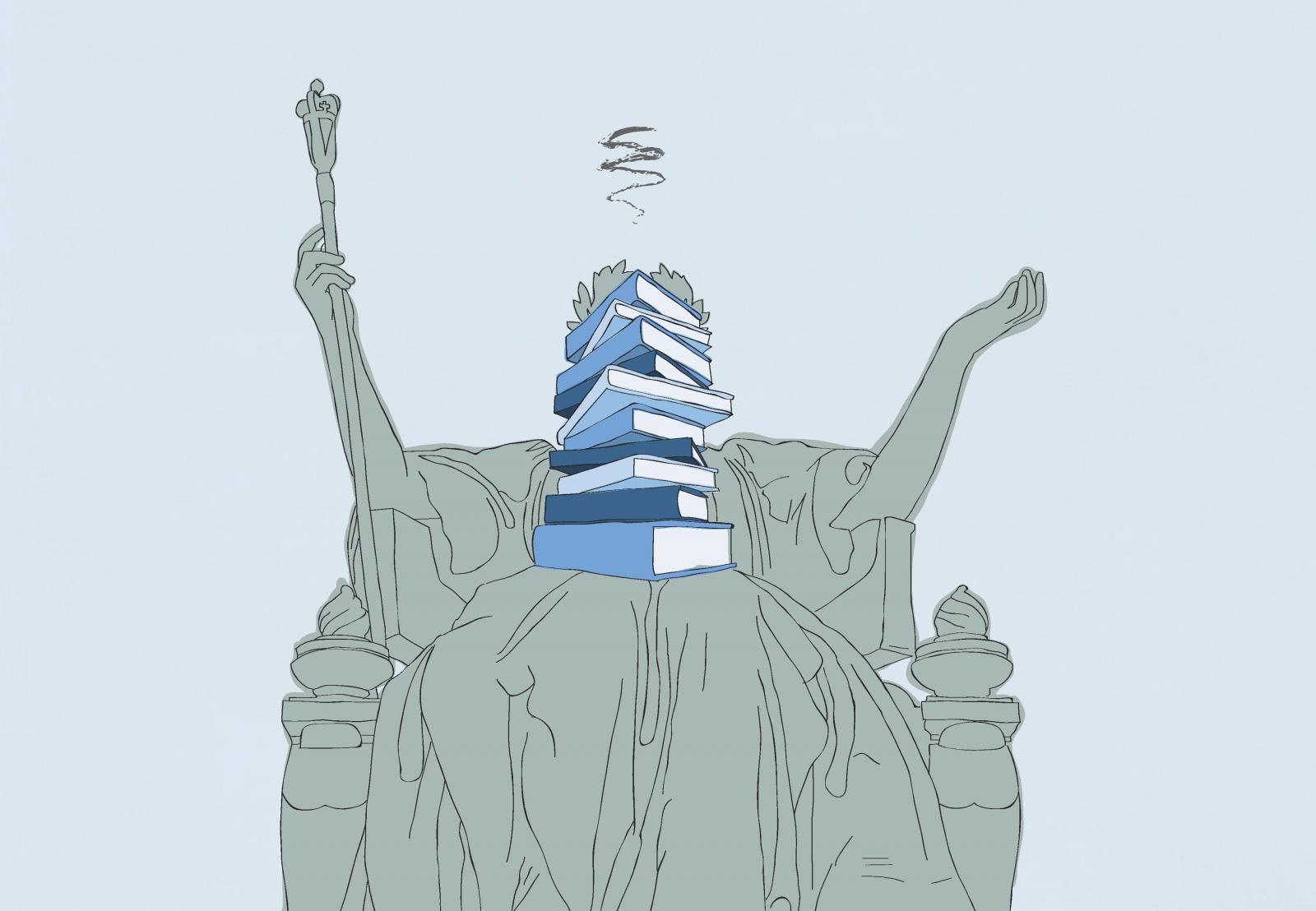 Shortly after I set foot on campus, I became occupied with learning to balance a new life here and all its new responsibilities, while also trying to prove that I belonged at one of the most rigorous universities in the world. To be real, I made tons of mistakes along the way, but the banana peel I really slipped on was my health. Perhaps it was my Los Angeles naïveté to think that I could handle the chilly East Coast climate right off the bat, or maybe I had overlooked important sickness prevention tips in my "Independent Living for Sheltered 18-Year-Olds" handbook. Whatever the cause, I caught the Carman Cold.

Because I had to miss a few classes, I spoke to one of my teachers about postponing my midterm for a day so that I could meet with him, since he only had office hours during my other class times. I was bewildered when he was unwilling to grant my request. In my third explanation of my situation, his message finally came through—I came to Columbia. I chose this.

The heart of his message was the toughest concept to wrap my brain around—it seemed like he acted as if I chose this school not expecting to work hard to meet the realistic standards of a rigorous university. He was so wrong—I did not choose Columbia because I wanted to live out my Serena van der Woodsen dreams, or listen to "Campus" while sipping on a chai latte with my demographically perfect group of diverse friends on the steps of Low.

I chose Columbia because I've been ready for the challenge. I came to this campus knowing my entire experience here is not about me, but rather is a means to gain the tools necessary to empower disenfranchised communities that do not even have access to a Columbia education—to use my voice to speak on behalf of those whose voices and perspectives are underrepresented in society. As a Black woman from a lower-middle-class city, graduating from Columbia University would be a testament to the limitless successes underrepresented students can achieve.

Of course, professors do not need to abandon their entire work schedules and personal lives to be supportive—they only need to show that they care and are willing to serve as a resource for their students. My professor should have been willing to compromise, or at the very least, explain his reasoning rather than reinforcing the stress culture that is entirely too pervasive already.

After reading the various emails from Dean Valentini about the recent student deaths, stress culture has become one of my biggest concerns as a Columbia student. Recently, I've asked myself—what if I were also suffering from the stress of mental health issues like depression, anxiety, or insomnia on top of the stress  of adjusting to Columbia? I cannot fathom how hard it would have been to hear those things from my professor if I were in that state, and it seemed that my professor did not consider those very valid possibilities either.

I cannot remember off the top of my head how many students we have lost this year—many to the insidious effects of mental health issues and campus stress culture. It is continually unsettling to see students perpetuate stress culture by making games of competitive stress or feeling accomplished when Columbia is ranked No. 1 on a list of schools where students get the least amount of sleep.

As such, administrative changes must be made to remind professors and students that stress is not analogous to rigor, and rigor, under these conditions, is not the sole indicator of Columbia's value and prestige.

I worry that neither the administration nor the faculty interact with the student body enough to truly understand the different experiences we each have here on campus, limiting the ability to serve students in the best ways possible.

The only time I have been able to engage with the administration to discuss stress culture was at President Bollinger's fireside chat on Oct. 4, 2016, when another student asked about Bollinger's thoughts on improving mental health services. He did not really comment on the subject but handed over the mic to the directors of Columbia's mental health services (Counseling and Psychological Services, the Office of the University Chaplain, Columbia Health, etc.) only to have them stand up, say their names, tell us where the offices are located on campus, and then sit down.

From a student's perspective, it was disheartening to see that President Bollinger did not have much to say on the issue. It felt as though the Columbia Health program directors were in attendance as a means to pacify the student who introduced the subject, to avoid having mental health become the focus of the night.

Both the student body and the administration clearly understand that solving this issue on campus will not be easy. However, students have very valuable perspectives to contribute to this discussion that seems to only take place among administrative figures behind closed doors. The only way to develop solutions for this issue is to build a relationship between the administration, professors, and students and actually address mental health on campus in a campus-wide discussion instead of restricting the subject to a 20-minute lecture from my NSOP orientation leader.

The conversations that need to take place publicly between students, faculty, and administration must promote self-care and empathy, dismantle the stigma around mental health, and reaffirm for me what the students we lost this year should have also known—we all deserve to be here.

Maya Emm is a first-year in Columbia College from Los Angeles, California, studying economics and political science. Her greatest passions are social justice, human rights and legislation, self-care, and arguing for pineapple on pizza. In Mayapinion runs every alternate Monday.