On love and pixie dust

On love and pixie dust 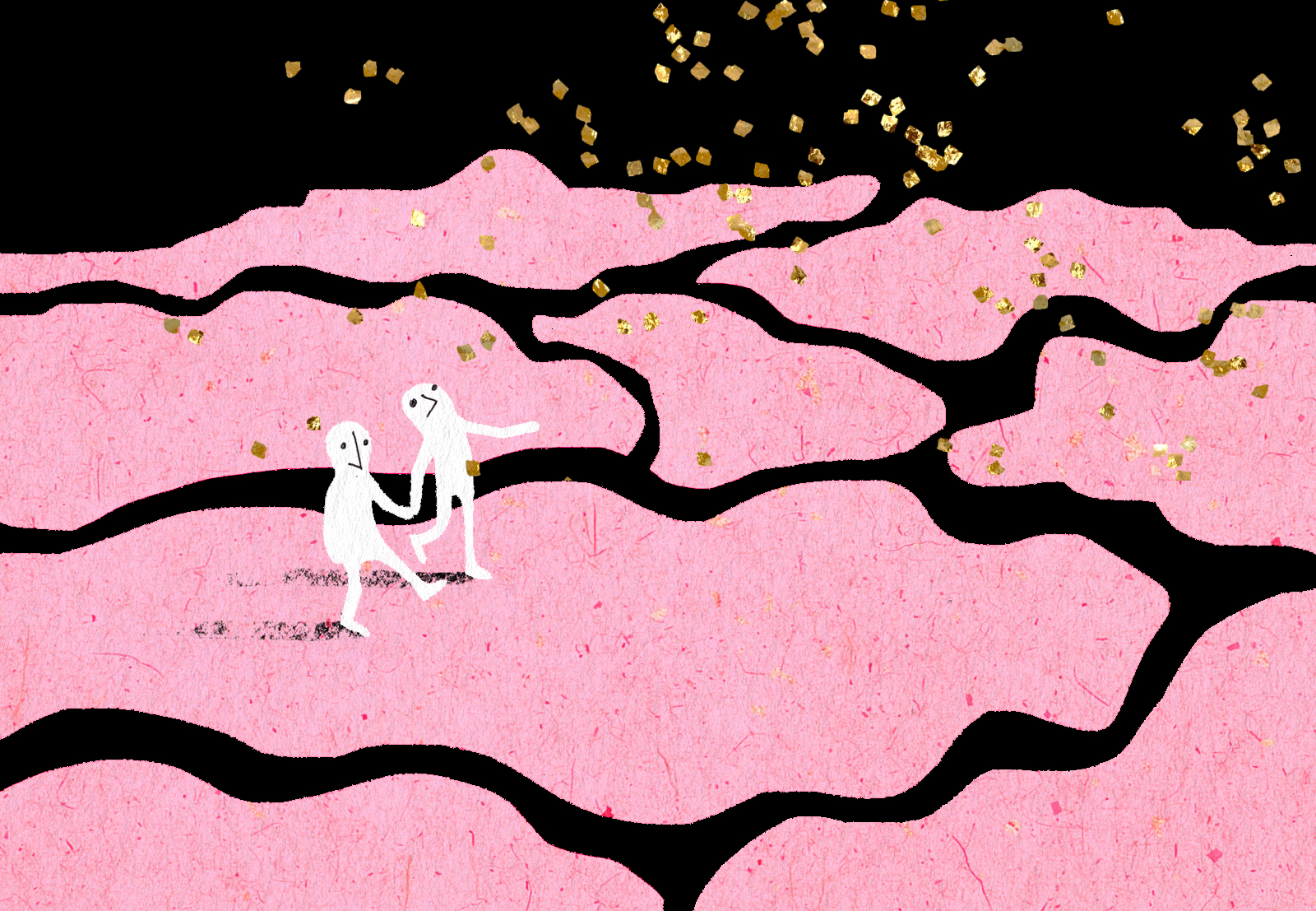 My earliest understandings of love were based on a children's film about two cats. I was five years old, and the cats sang to each other what would become the first love song I learned by heart. "Like a toy without a child, like a book without letters. That's how I would feel without you."

These two cats introduced me to the idea that lovers make each other feel complete, but it took patience and pedagogical skills on my mother's part to make my little heart grasp the concept behind the words. I remember she explained to me, "When you love someone, it's like your very existence depends on them and their happiness—just like I'm not me if I don't have you."

Once I understood the idea of people who unconditionally love each other being like two parts of one inseparable pair, adding my own inventive twosomes to the song became a favorite pastime. "Like a pool party without a pool, like toast without cheese, like ice-cream without sprinkles…" Since then, almost every love song I hear seems to be a version of that first one I learned.

My favorite soulmate metaphor, however, is found in Plato's Symposium. Aristophanes tells a tale of how humans used to have two heads and four legs before Zeus cut every human in two. According to this tale, our desire stems from longing for our other half. Although I don't believe in Zeus, I do believe that love has a miraculous way of making one feel complete.

Actually, lovers "melding into one" is backed by science. One study found that couples' facial features even grow alike after 25 years of marriage. Lovers also become more similar on the inside: The cells of married couples start resembling each other so much that spouses' immune systems eventually attune. "Becoming one" is more than just a metaphor, but how do we find "The One"? And if the myth about Zeus is not the answer to the mystery of love, then where else can we look?

Since mathematicians are thought to be some of the most "rational" of professionals, I was thrilled to stumble upon a TED-talk entitled "The Mathematics of Love." The speaker, mathematician Hannah Fry, presented a calculation made by her British mathematician colleague, Peter Backus. Peter was on the look-out for a partner: a lady who lived somewhat close to him, with a university degree, in his age range, whom he found attractive (and who would find him attractive as well), and who he would get along with. His calculations showed that of all women in the UK, there were only 26 potential partners for him. At first thought, Peter's calculations seemed cynical. Upon closer consideration, I realized that my own estimate, although inspired by fairytales, was 26 times more negative than that of Peter—believing that there is one and only one soulmate out there.

Next, Fry presented a theory on how to optimize the search for "Mr. Right." According to her calculations, success rates for finding a perfect partner between the ages of 18 and 21 are the highest if one dates and rejects as many people as possible. After the age of 21, one should marry the first person who comes around who's better than previous partners. Apparently, some rare fish species use this mating pattern, and Fry claimed to have proof that humans should do the same.

This unsexy rationality made me terribly disappointed. Considering I'm over 21, I was apparently doomed, having missed out on my Mr. Perfect. I cheered myself up with Disney movies that were far more sexy than the mathematicians' rational choice theory. I concluded that I've learned more about love from Disney's Peter Pan than from Pragmatic Peter from the TED-talk.

Remember when the Darling children wanted to fly, just like Peter Pan? Peter told the kids that fairies had this thing called fairy dust, which could make anyone fly. The problem was that fairy dust only worked when one really, truly, completely believed in its power—which led to the kids initially taking a nose dive (sort of like Peter in his dating career) before learning to fly.

I recount this story because fairy dust and love work in similar ways;  if one doesn't believe that soulmates exist, it will be rather hard to find one.

Nefelibata means "cloud walker." It's a Portuguese word with an ancient Greek root that has a special place in my vocabulary. To me, a cloud walker is someone who believes in dreams of love—even when doing so involves high risks of heartache. Because cloud walkers enjoy life at high altitudes and expose their hearts, it can hurt terribly if the clouds they are dancing on burst; they are like construction workers who aren't allowed any lifelines; like the Darling children dependent on faith. And when it rains, oh how those tears hurt an exposed nefelibata.

Still, I'm convinced that the pink clouds are worth the danger.

That brings me to my own "mating theory": Finding the perfect partner is a balance. One shouldn't settle for anything that doesn't feel like walking on pink clouds, but one must embrace people believing that they potentially can make you walk on clouds. It might be starry-eyed, but it means treating who you're with as if he or she is the one, but then moving on if being together doesn't make you fly. If you believe in fairy dust and you throw it around like confetti but still don't lift from the ground, then you probably got hold of the wrong person and should look for magic somewhere else.

Feeling that you've found "the one" is both a prerequisite for and a result of magical love. Unless you believe that the person you are with could be your soulmate, I don't think you give him or her a chance to become your one and only. If you censor your feelings or continuously look for grassier greens on other sides, I doubt love will feel as magical as when you love unconditionally. The only way to find first-hand proof of the existence of soulmates is to first believe in them.

"Like a mathematician without numbers, like a fairy without fairy dust. That's how I would feel without you."

The author is a Columbia College junior studying psychology and business management.