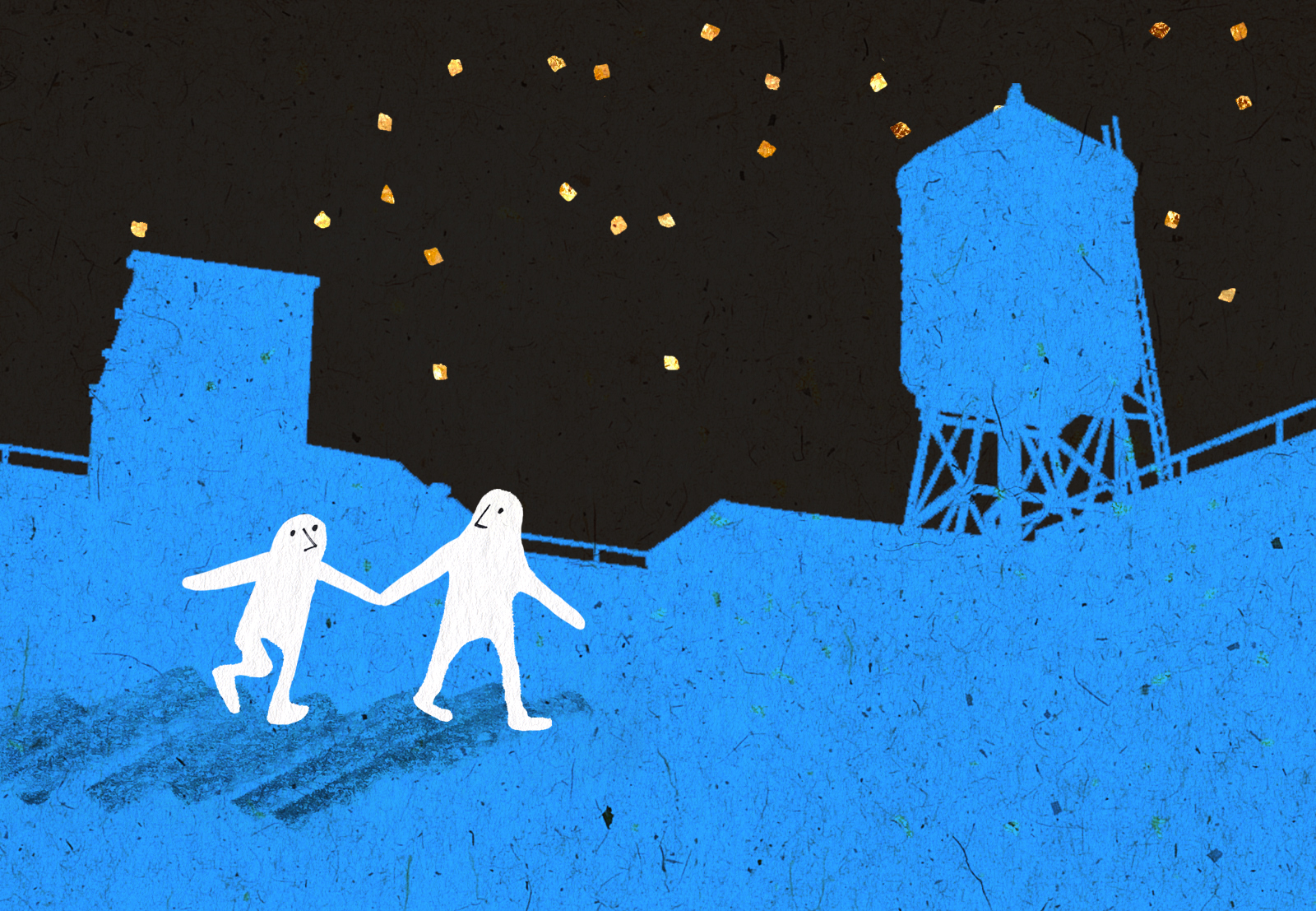 Popular wisdom preaches that in order to find yourself, you need to be alone. In order to grow as a person, you can’t be tied to anyone else or their expectations of you—you need to be single, unattached, and free to transform into somebody new.

That’s how I was when I arrived in New York City last August—single and ready to take on the world. Not only would I excel academically, I decided, but I would also have the most thrilling college experience ever. And NSOP definitely started out that way, as I started a new workout plan, hit up comedy shows like Last Week Tonight, explored Central Park and the Met, and went out every weekend with my new friends. It was a whirlwind of adventures and getting lost in the city, and even after classes started, I wanted more.

I guess it was my quest to experience everything college had to offer that led me to accidentally fall in love. I saw a flyer for a model audition for Alpha Chi Omega’s Runway Warriors show, and I asked myself, why not? I loved the idea of being an engineer by day and a fashion model by night. After the first rehearsal, I started chatting with a guy named Sam.

Almost instantly, he became my best friend, crush, and partner in crime. He snuck me onto water towers, taught me how to waltz, took me to cute cafés, and introduced me to all of his friends. The romantic side of New York City opened up, and I finally had someone on campus I felt completely comfortable with, who would listen to me rant and make me feel at home.

Then midterm season hit, and I plunged into a fog of academic stress like the rest of the campus. Like many overly ambitious first-years, I fell into a career crisis, during which I lost a sense of purpose and had absolutely no idea what I wanted to do. If I couldn’t define a career path for myself, what would I strive toward at Columbia? Why was I even here?

Instead of answering these questions, I drew inward and focused on exploring passions I had left alone in high school. I spent hours in Central Park becoming a long distance runner, struggled to play The Lumineers songs in the Schapiro piano rooms, and planned a mountain climbing expedition to New Hampshire. I also spent more and more time with Sam, letting his restless spirit and energy fill me up like a balloon.

To some, the struggle to balance all the responsibilities of being a Columbia student would’ve put strain on a budding relationship. However, I found that having Sam around during my time of personal development provided some protection from the stress, making me infinitely calmer, happier, and more emotionally stable. He took the stairs with me when I was tired but determined to stick to my workout plan, held me when I had an emotional breakdown before my physics final, and always reassured me that everything was going to be okay.

As time went on, feeling loved sliced through the cord that connected my academic stress to my sense of self-worth. When I was with Sam, my frustrations with the college routine and my anxiety about finishing problem sets melted away into inside jokes, the feeling of being understood, and dreams of traveling around the world together. While I was anxious, I was also genuinely overjoyed with my life, because I had him.

I love the stereotype of the fearless, independent woman who takes on the world alone. Being in love hasn’t changed that about me: I know I could make my own way through Columbia and still rock it. But all Columbia students, especially first-years, will flourish best with a support group that makes them feel like part of something more. Now I have my incredible sorority, a much clearer idea of where I want my career to go, and many more close friends. Despite feeling like I’m back on my feet now, I’ll never forget that when I was struggling to fit in, Sam was right there for me, and it was because of him that I regained my confidence and direction.

As my AXO sister, Emma, once said, “It’s important to find people who love you for who you are, not for what you have done.” Amid discourse emphasizing hookup culture over serious relationships, it becomes easy to underestimate how powerful it is to have someone who loves you unconditionally—someone who makes you feel beautiful during stressful and exhausting times. As cliché as it sounds, my relationship has served as a compelling reminder that I can grow into a new person without being isolated, and that I can embrace happiness even when I haven’t found myself yet.

The author is a first-year in SEAS majoring in computer science.