What is Jewish Resistance?

What is Jewish Resistance? 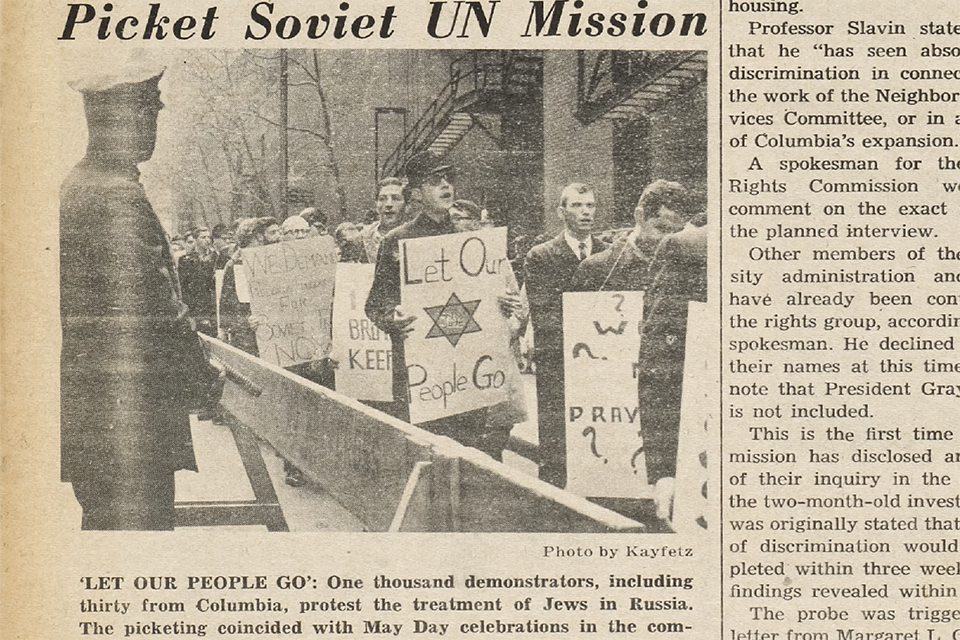 What is Jewish Resistance? In this time of rising hatred, we, as young Jews, ask ourselves that question daily. At a time when the American Jewish community, alongside so many others, is being targeted, what does it mean for us to stand up and resist?

To answer this question, we looked to what Jewish Resistance has been in the past. We found that Jewish Resistance, more often than not, looks like young people coming together to meet the needs of their community—to step into leadership when institutions are failing or when crisis hits.

In the Warsaw Ghetto, members of Jewish youth movements rose up against armed attacks, even though they knew they could not defeat the Nazis by force. They organized educational activities for children in the ghetto, even when there was little food or hope. More broadly, during the Holocaust, Jewish youth movement leaders were some of the first to recognize the violence and repression as a systematic attack on the Jewish population. Some youth leaders who initially fled occupied Poland made the difficult choice to return as the situation worsened. Traditional Jewish leadership was not taking on the task of organizing rebellions against the Nazis, and thus youth movement leaders stepped into that role.

Two decades later in Israel, during the Hatikvah uprising, Mizrahi Jewish youth in the Hatikva neighborhood outside of Tel Aviv protested the Israeli government’s neglect of Jews of color. The protest was sparked by the decision of Israel’s public bus company to cut its service between Hatikva and Tel Aviv without warning, thus isolating Mizrahi residents to a neighborhood that had not been developed beyond basic services like sewage and water. Observers at the time noted that the protest was led and sustained by Mizrahi youth who had grown up in conditions of systemic racism—not by their parents, who had immigrated to Israel.

Youth-led Jewish Resistance has also found a place at Columbia. In 1964, the first meeting of the Student Struggle for Soviet Jewry was held in Philosophy Hall. This group, formed to advocate for the release of Soviet Jews from conditions of cultural oppression in the USSR, took on mainstream Jewish institutions that were failing to treat the issue with urgency. In 1964, students from Columbia joined hundreds of students from around the city at a protest at the United Nations. By 1987, the struggle for Soviet Jews had become a mass movement, as 250,000 people marched in solidarity for Soviet Jewery in Washington, D.C. to pressure former President Ronald Reagan and Soviet leader Mikhail Gorbachev to allow Soviet Jews to emigrate to Israel and the U.S.

And so, what should Jewish Resistance mean for us, as young Jews, in 2017?

One thing we know is that this resistance will not be led by the mainstream Jewish institutions that attempt to speak for all of us. From Warsaw to Hatikvah to Philosophy Hall, Jewish Resistance has always come from the youth.

Jewish institutions such as Zionist Organization of America fail to publicly recognize how the recent waves of cemetery vandalism and bomb threats directed at Jewish community centers are related to the racist and anti-Semitic views legitimated by members of President Trump's administration, like Steve Bannon and Sebastian Gorka. These institutions are seemingly ready to remain silent about the acts of anti-Semitism enabled by the president, as long as Trump’s administration maintains its unwavering support for Israel’s violent policies.

Indeed, American Jews have become less safe under an administration that is committed to supporting the Occupation at any cost. It is clearer than ever that our liberation as Jews is inextricably tied to the liberation of all other peoples. We must end our community's support for the occupation, resist anti-Semitism, and defend the communities of our Black, Muslim, immigrant, and Latinx allies.

That’s why we are calling on you, Jewish students of Barnard, Columbia, and the Jewish Theological Seminary, to join the Jewish Resistance. We are calling on you to join us in Washington D.C. on March 26, as we march with thousands of other Jewish youth to call on our institutions to stand up for freedom and dignity for all.

This Sunday, thousands of Jews will come together in the largest act of Jewish Resistance in a generation as we stand up against the American Israeli Political Affairs Committee’s national policy conference in Washington D.C.

While AIPAC claims to be a centrist organization, its support of occupation at any cost has given a platform to right-wing voices, like the extremist pastor John Hagee. So it’s no surprise that the group has invited Trump and his cabinet to speak at its national policy conference.