A friend, a kiss, and a Carman party

A friend, a kiss, and a Carman party 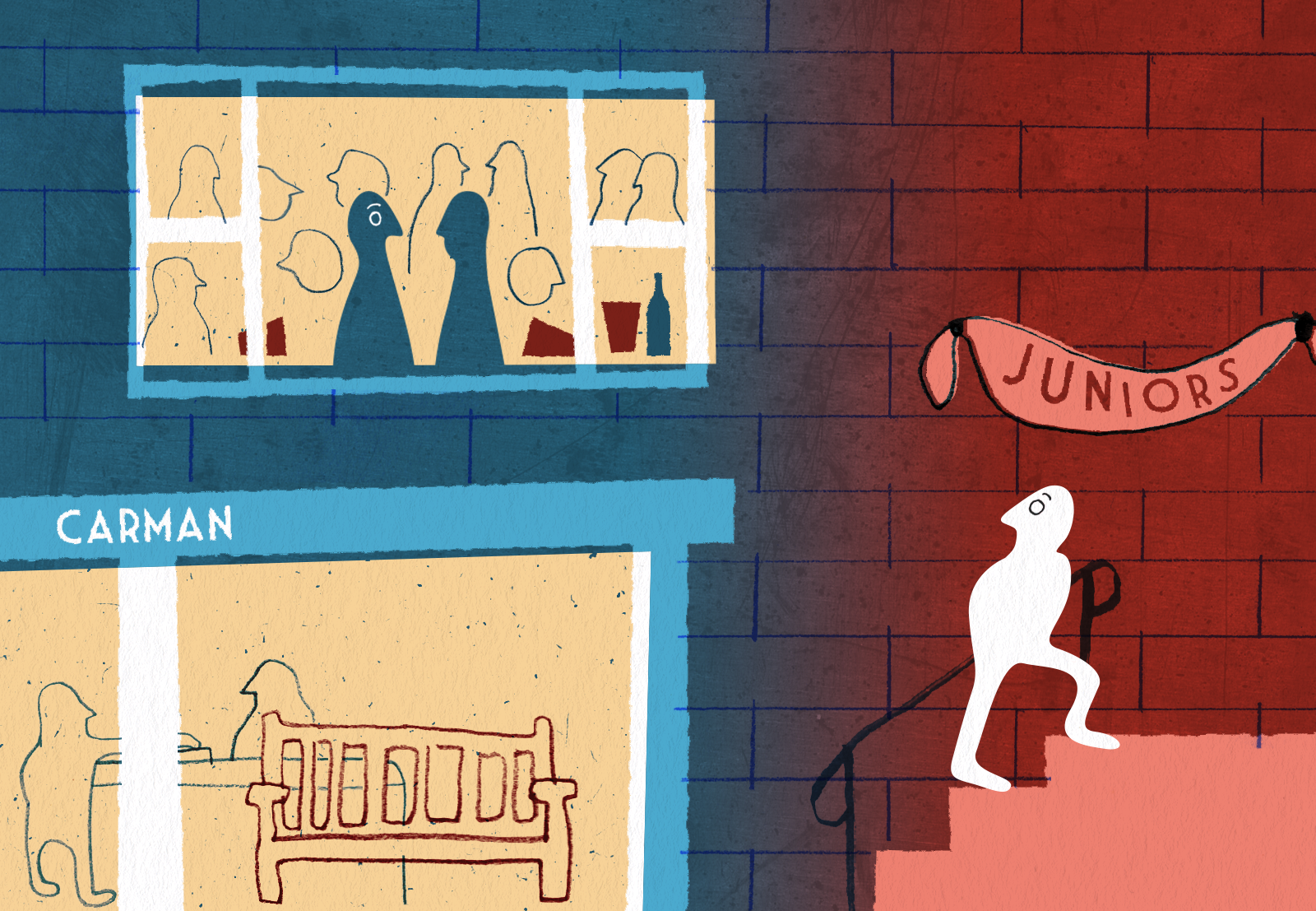 Thrust against the same closet that I had only stepped out of four short months before, and in a daze from the many cups of jungle juice I drank that night, my tongue proved itself the strongest muscle in the human body. We kept our clothes on, not only to hide where our hands were going, but also to have a small measure of decency for the 30-some other hot and sweaty first-years at the Carman party I went to my first night of orientation.

This was the scene of my first kiss.

For a hopeless romantic, the scene was far from what I imagined my first kiss would be. If you’ve watched The Princess Diaries, then you know perfectly the scene where Mia Thermopolis, Princess of Genovia, describes what she thinks will be her first real kiss with the love of her life, Josh Bryant, to her mom: “You know, in the old films, whenever a girl would get seriously kissed, her foot would just kind of… pop.” For years I yearned for that “pop.” I fantasized about who it would be with, where it would happen, how I’d feel so nervous—but I knew regardless of the specifics that it would be perfect.

“Perfect” turned out to be me being wasted, face-to-face with my drunk friend who I had kept in contact with over the summer after meeting at Days on Campus. About 30 minutes into the party he asked me, “Do you want to make out for fun?”

I quickly scanned the room: The god-awful fluorescent lighting of Carman, the many faces that I hadn’t even gotten around to meeting yet, the pervasive smell of weed, and the sticky floor. None of this was in my fantasy for my first kiss, and the beer-soaked floor wouldn’t make foot-popping easy. Yet, in the three seconds I took the scene in, for some inexplicable reason, I answered, “Yes!” And that was the end of the talking.

As a gay guy, some of my firsts came a lot later than those of my friends growing up. Before I came to terms with the fact that I was gay, the many stories over the years of my girlfriends’ first kisses, first boyfriends, first times, and all of the firsts they shared with our group didn’t bother me. It wasn’t until 10th grade after my first time doing anything with a guy—which, unfortunately, did not involve a kiss—that I started to really care, and get tired and embarrassed of not having had this all important “first.” I felt like I had messed up some of my other firsts by chronologically not getting my first kiss at “the right time.”

I don’t know if you could technically call my first kiss a “kiss” because it went into full-blown making out .02 seconds into the game and became very tongue-heavy. But, I wasn’t complaining. I had waited most of middle school and all of high school for this to happen, so I was going to make the most of it.

We made out for about a minute, and then my friend pulled away to remind me, “Alright, we’re just friends. That was just for fun.” And he walked away into the crowd that had gathered for our little show. I scampered to the bathroom, past all the novices who hadn’t learned to hold down their liquor yet, and I slipped in (somehow), locked the door, and I called my mom and my two best friends to tell them all about my first kiss. It was comically embarrassing because I had to come clean to my friends about my two years of lying during “Never have I ever.”

When I came back out I was quickly met with the familiar pair of lips. Caught off guard, I just followed his lead. Another minute of this awkward passion in the midst of a Carman rager, and I was elated again, only to have him release me and repeat: “Yeah, just friends...”

We both walked away, and I thought of more friends I would have to tell the truth to, but I needed to report and update the original calls on the on-going crisis. It wasn’t a foot-popper, but was I already catching feelings? So I went back to the bathroom. On my way out I repeated the whole ordeal again—with the difference that this time I had an ounce of courage and initiated the kissing—only to be reminded again of how we really were just friends. So, again, I called more friends and held up the bathroom line. I definitely spent more time in the bathroom dissecting the kiss than actually kissing my friend. I don’t recall being invited to that suite again.

But the night ended rather tragically when he left with another guy. I felt like I had waited all these years, made a rash decision in the moment, and then I messed up yet another first. I couldn’t help but think if I would or should be embarrassed about my “forever first kiss story.” I wondered when I sobered up and my senses returned if the vitality of my first kiss would be cleansed away, too—if the toxins would leave at the expense of my heart.

And still to this day, I wonder about my first kiss. I wonder if I had said no that night, would I still have virgin lips and fantasize about what my first kiss would be like and how romantic it would be? Would I still wallow and eat ice cream as I did after many weekends of high school parties where boys I liked would hook up with my girlfriends?

Coming to Columbia, I feel like I always did the “right thing.” I always planned, executed, and reviewed what I would need to do to make sure everything would go exactly as I wanted it to: perfectly. In general, most Columbians are apt to want things in their life to follow their meticulous plans. But not everything fits perfectly right away—like social circles, and lips, and college.

Two years later, I don’t really know how I feel about my first kiss. This ambivalence toward what was supposed to be so special to me is weird because, on one hand, I don’t hold overwhelmingly positive feelings about the experience. On the other hand, I think I’ve felt this apathy because despite my initial worries, I’ve been able to supplement the experience with many other memories alongside great friends.

So, even though it may have been my first kiss and largely my first memory at Columbia, it in no way defines the rest of my time here. I’ve learned that there are going to be times when things fall short of your expectations, and you just have to cope. And, most importantly, I’ve seen how it helped me grow to meet the many amazing people that do mark my experiences as I embark on my third year.

The author is a Columbia College junior who is the coordinator of Under1Roof, on the leadership team of the Undergraduate Recruitment Committee, a co-diversity director of Peer Health Exchange, and is still on the search for his foot-popping kiss someday… soon.