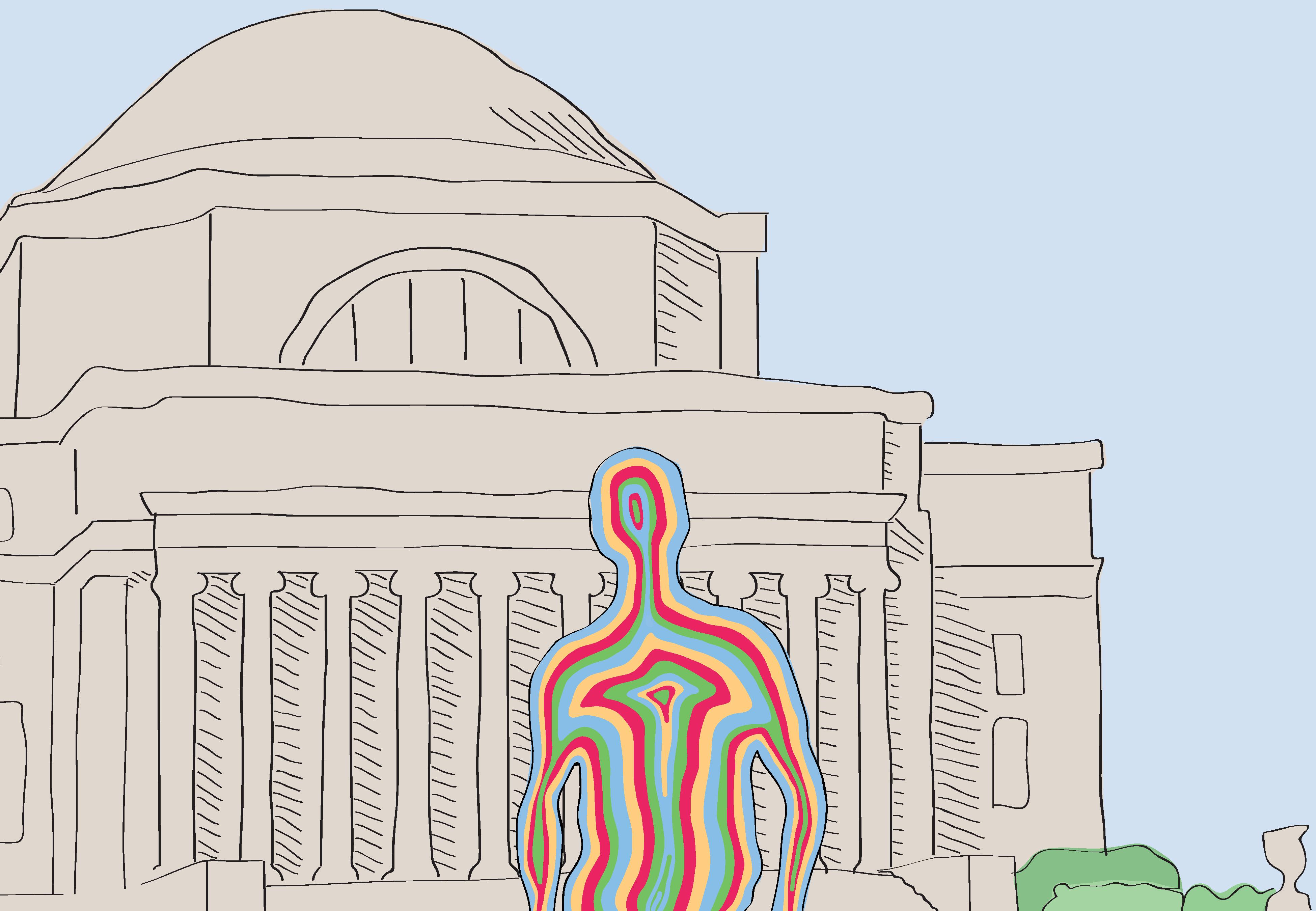 At General Studies, life experience—however disturbing or exceptional—is de rigueur. It is neither theoretical nor symbolic, but at the very core of what it means to be nontraditional. Thanks to its profound mission of bringing students to Columbia, often from uncertain and challenging circumstances, GS has come to epitomize a school where academia is possible for people regardless of their trials and tribulations.

But in its mix of good intent and cruel optimism, in its alchemy of authenticity, persistence, and intellectual sophistication, GS is a school in a transitional and oblivious environment. Like any university, Columbia contains a sprinkling of wealthy neophytes, raffish characters for Brooklyn grit, and a dash of people of color for unquestioned diversity. But unlike their CC/SEAS counterparts, most GS students matriculate after taking a break in their education, which can stretch anywhere from one year to several decades. I spent my own gap year working at the United Nations, and for the former Obama administration. When news broke that I was being considered for a Nobel Prize, I had a psychological breakdown—tormented by the recollection of my childhood sex abuse—and withdrew from Columbia. It was another year before I attended my first class.

Without having established any roots, I returned to Columbia unnerved. Those of us who have experienced such trials usually have gravitated toward people like us for support, validation, and collective identity, but because the indicators of trauma are invisible, we’re often forced to cope with its psychological shadow alone. But in my conversations at GS I felt at ease. There, trauma is consciously, unavoidably, the lingua franca. Deeply personal histories, ranging from familial instability to combat post-traumatic stress disorder, are commonplace, notwithstanding race, age, or gender. So it’s probably unsurprising that I found a group of students at GS with whom I’m comfortable being my whole self.

One of the first friends I made at Columbia came to GS after escaping a life of religious servitude. She left home, knowing that she wasn’t going to be able to see her mother again, and made her way to the northern United States, where she took classes at a community college and lived out of her car. She was rejected by every college she applied to and was ready to give up until she met a GS rep at a recruiting event and decided to try Columbia.

The prospect of drawing lessons and evoking richer dialogues at Columbia writ large from experiences like this is a complicated notion. For young GSers like myself who have experienced trauma and are the same age as traditional students, the difficulty of straddling two environments is apparent. Although no academic contradiction really exists between traditional and nontraditional students, our life experience engenders an irreconcilable tension. Inevitably, behind wanting to have a regular college experience, is the fear, conscious or not, that we’re more stratified by our backgrounds than anything else. And within the mélange of Columbia undergraduates, you’ll find a generous but not overwhelming portion of these students trying to strike an ephemeral balance between being nontraditional and having a traditional experience.

I remember as my friend and I sat on the grass in front of Butler last year, listening to the thrum and chaos of Bacchanal, we both felt the same feeling of being woefully out of place. “Once you get exposed to a different reality and it becomes a part of you, you can’t just pretend like it doesn’t exist, or affects the way you think about everything,” she said. “Plus, seeing every experience I can’t relate to either as a product of this cult or a product of my [identities] (Latinx, first-gen, undocumented) is devastating. Even though I made it to Columbia, I’m still trying to rebuild my sense of self.” And that’s exactly where we exist, at the intersection of an imperishable reality and the lively intermingling of college life. “Did you hear that Michelle broke up with Brad? Fucking insane.”

When you come right down to it, fostering a vibrant, diverse community at Columbia has little to do with how students flourish in their respective schools, but everything to do with a commitment to creating opportunities for traditional and nontraditional students to share rich perspectives and insight. Until that time comes, know that we exist: a conglomeration of mostly invisible, self-sufficient, and inward-looking young people. In spite of no clear belonging—even those of us in GS don’t fit neatly into one clique—we’ve taken to supporting those like us, extending a hand and building an ethic where former sex slaves and cult escapees can take intellectual responsibility for one another. We know we’ll never fully understand each other, and loving one another can be its own kind of cruel optimism, but to live well and thrive at Columbia we need those consistent—if golden—moments to break down and ensure a growth that is as personal as it is inevitable. My life felt saved by the friends who did this, and my initial unhappiness at Columbia was redeemed.

Joel Davis is an ancient studies major in the School of General Studies, chairman of the International Campaign to Stop Rape, author of the upcoming novel Benevolence, and a Nobel Peace Prize nominee. Spotlit runs alternate Fridays. Follow him on Instagram at @supercoolkid212.