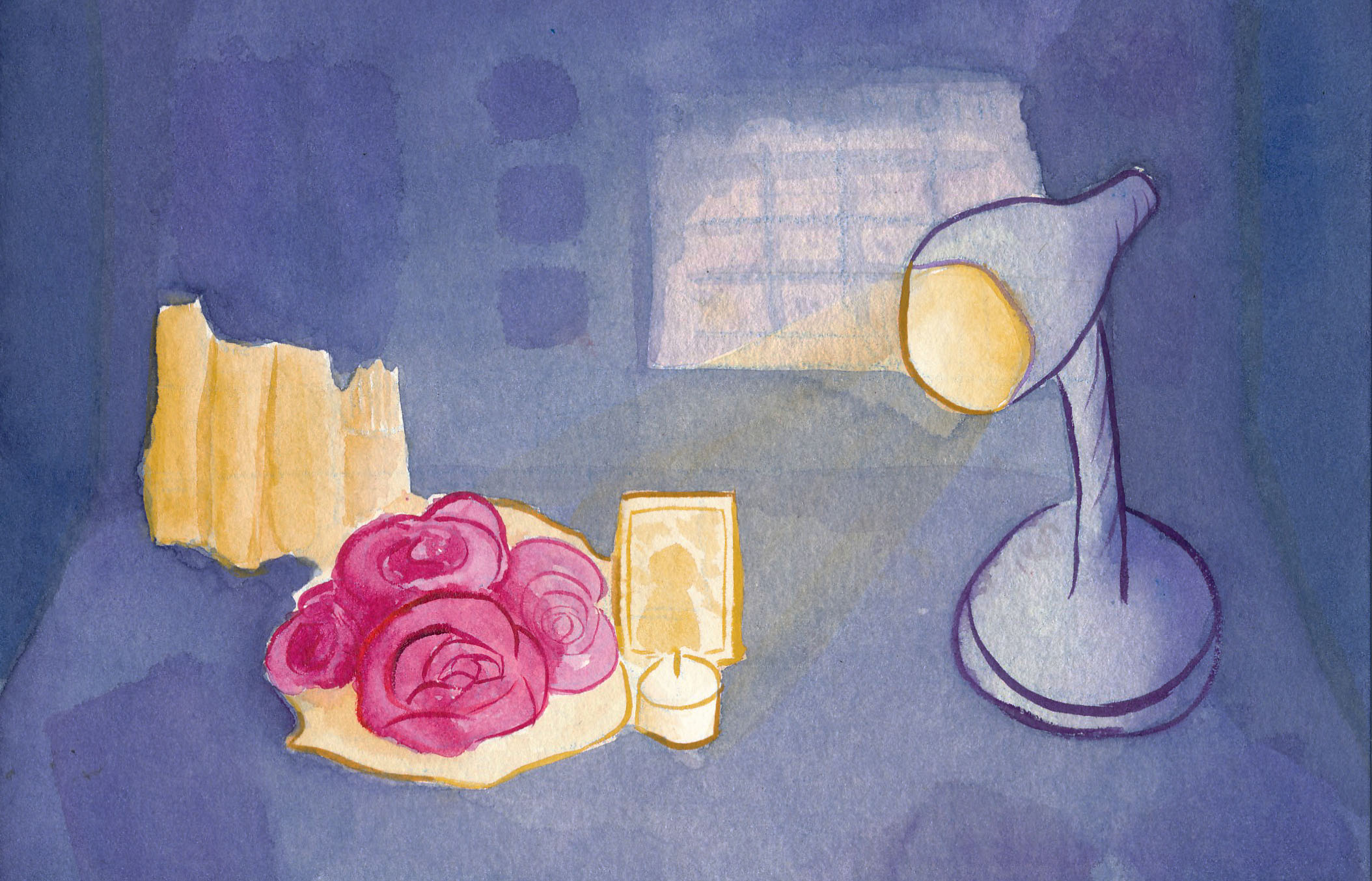 There’s a lot I can tell you about my golden retriever. He was fluffy, flopsy, and dumb as a box of rocks. That was a symptom of being a purebreed. Another symptom was that he suffered from epileptic seizures. That, eventually, was the reason for his passing.

As you can tell, this is not going to be a very happy article. But it’s not exactly a sad one, either.

This state of mind—not happy, not fully sad, not really understanding why I’m floating in an emotional gray zone—was my mindset when my mom called a few weeks ago with the news.

Grief over long distances is a new experience for me. Loss, for me, now occurs from across the ocean, but I don’t think it would make a difference if my loved ones were across the country instead. Is the bubble of college an insulating layer that prevents any inkling of grief from fully permeating my consciousness?

And yet, I didn’t cry—not at first. Not at second, either. I hadn’t dismissed it, but I didn’t feel the loss. From 9,000 miles away, it feels strangely like it hasn’t happened. I don’t think I’m in denial, but it’s like my body hasn’t quite caught up to my head in the understanding that when I go home for Christmas, Rocky won’t be there to jump on me in greeting.

About a week ago, my mom called again with more news. I had been expecting this call—my grandfather had been sick for a long time, but again, at the news of his death, I wasn’t hit by the wall of grief I was expecting. The formula was the same: a call received in the bathroom, my mother speaking about how it was “his time to go.” You’d think that the key to the floodgates might’ve been one of these clichés, but the lock, both times, was fastened tight against intoned phrases like, “God needed another angel.” The second time, though, not feeling my grief seemed worse—I don’t think that the death of a person is always worse than that of a pet, but this was the man who had taken me to football games, watched my sister and I hunt Easter eggs, and let me sneak biscuits from the tin at non-biscuit-eating hours.

It’s not like I’m a person who doesn’t show grief. I cried over Bailey the dog. I cried over Robin Williams back in 2014, for God’s sake. Is it because I didn’t get on a plane to Australia to be with the rest of my family? Because I had a midterm the next week? It’s not that “more important things” have “gotten in the way”—anyone who’s lost anyone would probably agree that someone’s death draws your attention more than that French oral or European history essay. So… what, then?

Even denial or shutting down would be, in a paradoxical way, acknowledging that it happened. But I don’t know how to tell myself to deny, get angry, bargain, be depressed, and accept it. I want to need to feel anger, despair, or abandonment; anything for the catharsis. But instead there’s just a little mild guilt.

No one around me has acknowledged these deaths—after all, very few other people on campus know about them (welcome to the inner circle). If I were still in the intense nucleus of a home life, I would be in mourning with my family. But I don’t feel the need to “talk about ‘what happened.’” No, ironically, I need to talk about what hasn’t happened. I feel disconnected from the deaths of my dog and my grandfather. Emotionally constipated, is that the term? Maybe, but that would imply I’m just backed up, that I’m on the precipice of mourning. It doesn’t feel like I’m anywhere near the edge of anything beyond my next homework deadline.

As I walked down Broadway the other evening, my mom told me over the phone about the funeral. I had to slow down when she said the casket was played out of the funeral home to “When the Saints Go Marching In” on the bagpipes—the anthem of the underdog football team that my family supports. I got choked up, but I didn’t stop walking. By the time I got back to Carman, I was back to feeling nothing.

I’ve been using the phrase “passed away” a lot in this column. Maybe it’s because it’s gentler than “died,” but it’s still a strange phrase. “Passed” has an “I’ll see you again soon” feel to it. If it doesn’t feel final, if, essentially, there’s not a—excuse the morbidity of this—corpse, then how can it be real for me?

AJ McDougall is an Australian-American first-year in Columbia College, likely majoring in English and history or creative writing. You Have My Word runs alternate Wednesdays.