What it takes to pass outside of class

What it takes to pass outside of class 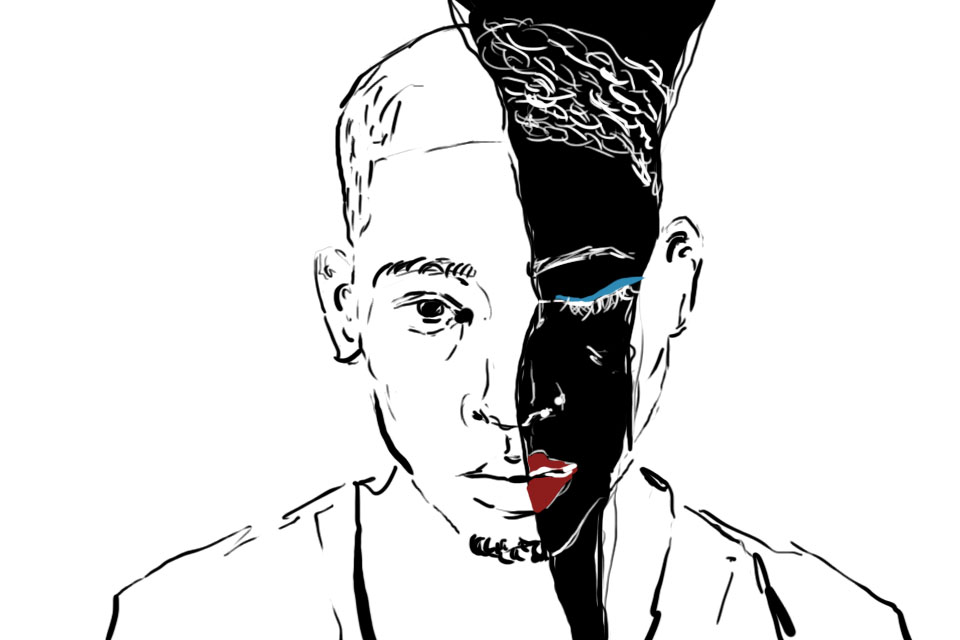 As a trans black woman, the first experience I had with the idea of passing occurred when my mother told me about members of my extended family who had the ability to blend in with white people.

My cousins possessed the physical attributes—pale skin, small lips, long noses, and reddish-blonde hair—that allowed them to pass as white people. They recognized that physically and socially, their blackness relied on their remaining tied to our region of Georgia, where their status was known, so to escape it they simply moved away from their noticeably black relatives. They no longer spoke to us. They didn’t make the obligatory trips to our great-grandmother’s house that the rest of us had to make. They had already moved out of our county, exercising the privilege that their physicality gave them against the system of racial inequality found in our area of rural Georgia.

These cousins were lucky because their physical traits allowed them to escape association with being dirty, greasy, poor, ghetto, mayate, and every form of nigger imaginable—all of the limitations of being black that I held on to growing up.

I was socialized as a black trans woman in both academic and intimate spaces. I knew that black people in white-dominated academic spaces were expected to be polite, to suppress blackness, and to play into the respectability of the white community that served in a capacity of patronage that required me to cut my kinky hair and only speak in the English that my mother taught us to speak in public growing up.

From my entrance to the outside world, I was taught the importance of fitting in, along the lines of both race and gender. My race has always been intrinsically linked to my gender. I lived in an environment where the womanhood I was exposed to was black womanhood. My mother had braids, sew-ins, and relaxed hair that she paired with red lipstick and gold hoop earrings. So I saw my race as being inseparable from my womanhood. I am a black woman, more specifically a black trans woman. I don’t exist without an intersection of those three identities.

When I was finally able to verbalize to myself that I identified as a trans woman, I immediately equated my physicality to my validity as a woman. One of my first memories of this fixation occurred in elementary school, when I asked a male friend how I would look if I were a girl. He said that I would be pretty and thought nothing of it, but for me it was a conversation that cemented my drive to join my physicality to my mind and soul. So, I waited patiently through puberty and past adolescence until I was legally an adult to begin a medical transition, one that I had been planning since I was in my early teens.

Now, on the eve of my first doses of estrogen, I feel as if I’m accomplishing it all. I’m making my life into something real, that I can find viable. This time of my life also happens to coincide with the increased visibility that the trans community has experienced within the United States. I’m lucky to have black trans women like Laverne Cox, Janet Mock, and Amiyah Scott, but these women don’t look like me. These women tend to pass. These women have been on hormones for years, and they’ve afforded surgeries for themselves. These are women who have established careers and lives. But I’m a girl who moved to Columbia alone as a teenager with $800 and an empty John Jay single. I had reached a fundamental impasse. I had to figure out how I was going to afford to live in the certainty and realness these women thrived in.

I’m still at the point where I’m waiting to see myself differently in the mirror. I’m waiting for other people to see me differently. I want to be seen as a person and a woman, so every day I’m expected to fight for it. Each day, I’m expected to fight for my validity as a woman using braiding extensions, blue eyeliner, and lip gloss from 125th Street. There are some days when I succeed and I never find my womanhood being questioned, but there are some days when people I consider my friends say things that hurt me, just because they haven’t been able to fully see me as a woman.

The world finds small ways to hurt you, to remind you that you’re on the outside looking into a cisgender society. The implication that I’m “faking” or “lying” about my identity follows me around in conversation. The lack of validity seen with my gender factors into my romantic life. I exist in the liminal space between someone wanting me solely for sex and people making faces at me on the street.

One day, I want to move past that without having to seek validation from the hormones or the surgeries that I elect to partake in. I want to move past the concept of passing, but it’s not as simple as confronting whatever notion and remnants I have of my internalized transphobia. It means more than moving away from my childhood conditioning and the urge to conform. For me to feel comfortable in my own personal ideals, any ideas that anyone has about who I should be must cease to exist. However, by the way I live my life in my appearance and my actions, I must take into account not only what would make me comfortable, but also what would make society comfortable with me. My success and safety rely on that comfort. And any life outside of the system that upholds passing privilege is reliant on cisgender people stopping their transphobia, whether it’s complicit or explicit. It’s the only way I will be able to live the life I want without worry.

My mind will not have to think about whether my bosses know I’m trans at work, or if my children will be mistreated because their mother is trans, or if my spouse will feel burdened by a past I have no control over. I don’t expect us to end transphobia completely in the world or on Columbia’s campus anytime soon, but I am expecting the space, respect, and validity I need to move forward in my life without the stress of worrying about passing.

The author is a sophomore in Columbia College studying English and comparative literature.