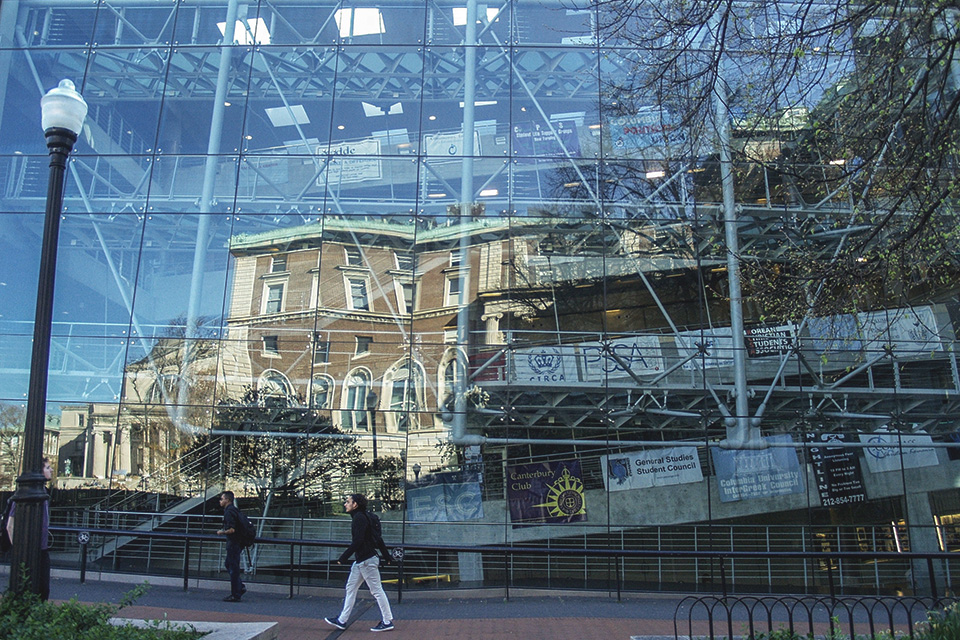 Here’s how the conversation usually goes:

In that moment, sometimes they’ll offer a hug. Sometimes it’s a knowing nod, a flash of recognition in their eyes. Regardless, the message is loud and clear: Stay away. He might hurt you. I want you to be safe. He’s done it before and he’ll do it again.

You hear this and ask no questions; you file it away in your brain, and then you map out which groups you’ll now avoid, when you’ll stop going to a particular dining hall for lunch. You strategize.

When one in three women on campus face sexual assault by senior year, this exchange occurs almost every day. Consider how many abusers are walking on campus right now. Up until last year, many of them were TA-ing classes, and they’re still able to lead clubs. National data shows that the majority of them won’t face any consequences for their actions.

In a world where women learn that to report sexual assault is to be dragged through a burdensome and traumatic process, that they will be continually ostracized and their sexual activity and personal lives parsed and made public, there are a myriad of reasons to not report, whether to the police or the University. Low-income and LGBTQ students reported higher rates of assault at Columbia than their peers, but for marginalized people, interactions with police or the University are already often charged and weighted against them.

Whisper networks function to fill in the gaps. They are protective and preventive, informal Band-Aids on a much larger systemic issue. And, I imagine, they have probably saved lives.

But the inherent flaw of whisper networks is fundamental to their nature: They are not institutionally legitimate. They are only a warning tool, one that sometimes comes too late. They lead to what has been called an "open secret,” whereby women warn each other and flag certain men, but know that coming forward, unless in a large group, is futile. Whisper networks still put the onus on victims to disclose what has happened to them. They are better than nothing, but they are not enough.

As a woman experiencing the recent news cycle, I’ve been struck again and again by how these systemic abuses begin in college and only amplify from there. Powerful men like Harvey Weinstein and Roy Moore learn early and quickly how to get away with this behavior, and that framework for abuse certainly begins in college. Seven out of 10 rapes are committed by someone that the victim knows. On a collegiate level, this means that perhaps the person who assaulted you runs that club you love. Or they’re a friend of a friend, a guy who hangs out in the friend group. Or you’re in a study group with them. Maybe they’re a good friend who invited you to a party. And then it happens, and you’re ashamed and traumatized and hurt in ways you didn’t know were possible, and maybe you release a signal out into the whisper network.

If you decide to stay in that club, you’ll see the face of the person who hurt you. Or you stop going, and you don’t get to participate in what you love doing. Maybe the club leaders are friends with him, or maybe he is part of the leadership. Sometimes you don’t have a choice. You’ll look up across Ferris, or in Butler, and see his face.

Victims face a fundamentally untenable position when they are forced to choose between personal endangerment or reliance on a whisper network. When a victim learns it is better to silence themselves than to report an assault, a dangerous precedent is set. Right now we’re seeing that precedent collapse around us, as powerful man after powerful man sees himself felled by huge numbers of accusers.

Many have come to blame the prevalence of whisper networks for the lengthy amount of time it tends to take to bring down these accusers. Why didn’t they come forward earlier? If abuse was so widespread and well-known that it was an open secret, why didn’t it just become open? It is because we are taught, and continually told through action and inaction, that to come forward is to endanger yourself. Columbia is active in perpetuating this, through the tribulations of reporting, through the continued ability of abusers to hold power, and through protecting hate speech at the expense of marginalized students on its campus.

The crux of the issue is not whisper networks themselves, but the necessity of their existence. Until the day when we longer need them, they’ll be here. And if what we’re told and taught at Columbia through administrative and cultural inaction is any indication, they’re not going anywhere anytime soon.

The author is a junior at Barnard College studying English. She is a former associate Spectrum editor for Spectator. She is currently studying abroad in London.