Letter to the editor: CU Dems’ statement of redaction and responsibility

Letter to the editor: CU Dems’ statement of redaction and responsibility 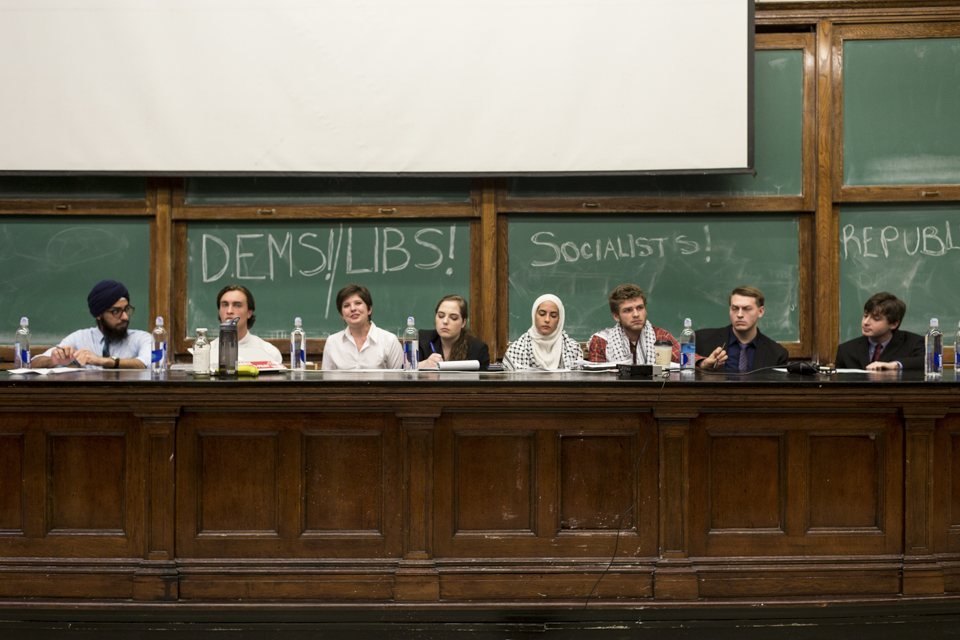 We, the Columbia University Democrats Executive Board, retract and condemn our op-ed published in Spectator on October 30.

This statement is far too little and too late, but necessary all the same. This semester, in an op-ed published by our Executive Board and statements from our leadership reported in other articles, we displayed a reckless inconsideration of identity-based groups and actively undermined the labor put forth by these organizations. In addition, the op-ed and other recent statements from the Executive Board misrepresented the values of our general body. Because of the hypocrisy displayed in the op-ed, which we will address further in this statement, and the dangerous nature of our actions, campus groups rightly held us accountable. The fact that we did not apologize for our statements immediately after the release of the op-ed placed an unfair burden on the groups targeted by white supremacy to bring attention to our failures.

In the op-ed, we stated that our goals are “to protect and support communities threatened by these individuals, to prevent ... hatred from returning to our campus, and to elevate the voices that actually add value to the world.” We then refer to protests as “shouting down” speakers and criticize groups who protest by saying their protests have “enraged people across the political spectrum, but have done little to stop these bigots from coming to campuses or to protect communities of students.” In these statements, we minimized and undermined the labor of groups who organized against the speakers.

Additionally, we planned counterprogramming events at the same time as identity-based and activist groups held protests against Mike Cernovich and Tommy Robinson. We did this without collaboration from the protesting groups, and because of this, failed to honor our commitment to amplifying voices and protecting targeted communities. Furthermore, by claiming to "support communities threatened by [Mike Cernovich and Tommy Robinson],” but planning events without their participation, we acted as though we knew better than these communities and, as a result, deeply misunderstood what it means to support and protect those threatened by white supremacists.

In a later Spectator article, our president stated that “as a part of a political party and political organization, [CU Dems’] goals are very much elections-based.” While we support Democratic candidates, this statement is not reflective of our goal to be active on campus. Our club Constitution promotes a commitment to “creating a community that is inclusive of and welcoming to students of all identities, that is free from discrimination, and that is founded upon the fundamental dignity and worth of all of its members” and that “the executive board shall take affirmative steps to engage with and understand identity-based issues.” Moreover, we recognize the historic ideologies of the national Democratic Party platform, which continue to oppress marginalized groups. Our Spectator op-ed and our recent actions contradict our commitment to diversity and inclusion stated in our governing document.

We take full responsibility for the ways in which we were complicit in supporting the violence caused by the visiting speakers, violence which is also perpetuated by American society. We recognize that these actions have made our community members more vulnerable while bolstering white supremacy. We must change without putting it on others to teach us and without looking for any kind of acknowledgement for doing so.

We have not shown up for our community in a way that reflects our values. Progressive values mean nothing without progressive actions. Moving forward, the CU Dems Executive Board commits to listening to and supporting identity-based groups on campus. We will show up and support their work by attending protests and events. We will listen to our student body and to members of the Columbia community while openly accepting any and all criticism. Above all, we commit to the safety, well-being, and equity of all students on campus. We admire, support, and seek to honor the work of those committed to combatting injustice. To the people we failed and disappointed: We are sorry.

The authors are members of the Columbia University Democrats Executive Board.