The myth of border insecurity

The myth of border insecurity 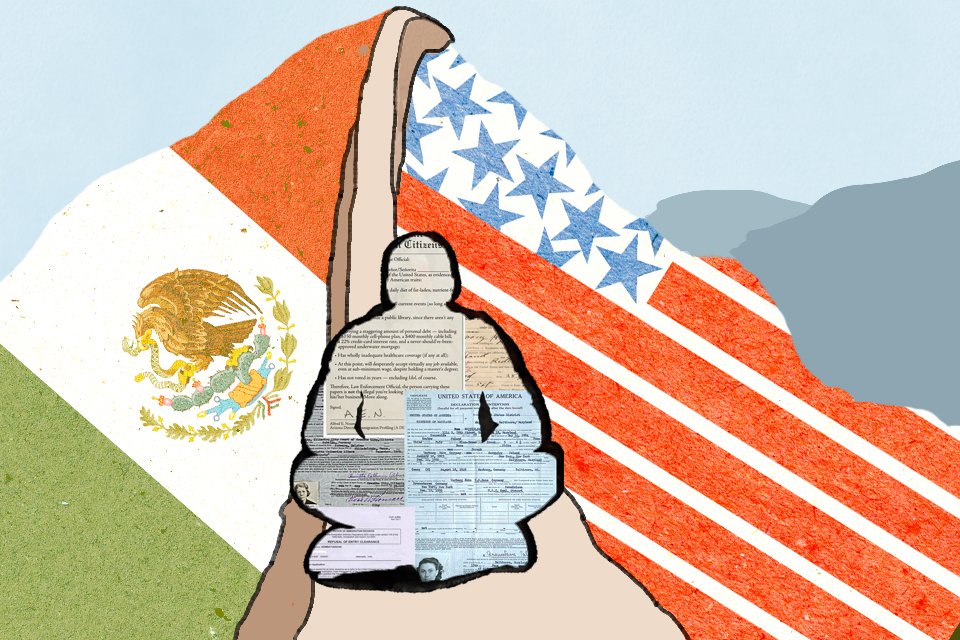 Often when I introduce myself to people at Columbia and they ask where I’m from, I say I’m from the border (meaning the U.S.-Mexico border). Many Columbians don’t understand exactly what that means, and if they do, they often react with dismay. People question how I could live in such a “dangerous” place or assume that drug cartels roam the streets terrorizing those of us who live there. This is a dangerous myth that exists even among liberal, open-minded people and must be addressed—the myth of the dangerous border.

I’m from the El Paso, Texas/Ciudad Juarez, Chihuahua region. When I’m home, I drive along the border fence almost daily and see the countless manifestations of border panic, the fear of the supposed criminality of border residents, come to life. But nearly 2200 miles away from my homeland, I still cannot get away from border discussions that emphasize inherent criminality and the need for “security” in all its many manifestations. This is especially true under the Trump administration, which has proposed increasing the size of the U.S. Border Patrol by 15,000 agents and constructing the infamous border wall.

While many people on our campus rightly resist the criminalization and dehumanization of immigrants under Trump, the criminalization of life at the border is not as often discussed. I suspect that many students at Columbia also have a preconception of the border as a violent and lawless place and don’t encounter much in their daily lives that undoes that notion.

I’ve lived my whole life alongside roughly 2 million other fronterizos, or border people. We are a fascinating and complicated community where indigenous tribes, Lebanese and Syrian communities, Dutch Mennonite farmers, Jews, Muslims, and people who believe in many different flavors of Catholicism live alongside each other. Many border residents lead lives that straddle both sides of the divide, living on one side and working on the other, speaking a mixture of English and Spanish, and negotiating two vastly different political landscapes on a daily basis.

However, despite the stake we have in the success and prosperity of our own community and the savviness that comes from living a bicultural and binational life, I find that fronterizos are often the least included and least consulted group of people when it comes to discussions about our own future.

The same dynamics of exclusion and exploitation of border communities (particularly undocumented workers) were applied in the crafting of our economic future, damaging the social fabric of communities and contributing to the heightened violence we saw on the Mexican side of the border in the 2000s. The North American Free Trade Agreement, for instance, made us an economic hub and a conduit for millions of dollars in cross-border trade, and many don’t realize how crucial the region is for the national economy. We wept as northern Mexican border cities (Juarez among them) began to be consumed by violence related to drug trafficking and military abuses. However, the U.S. side of the border remained characteristically safe and did not suffer from the catastrophic “spillover violence” that many predicted. And yet, people who don’t live on the border readily buy into the notion (perpetuated by both Democrats and Republicans) that it’s a dangerous place and that it must be secured and quarantined at all costs.

This myth of sealability and a sharply defined and ahistorical border is a dangerous lie to buy into, but it is also one of the easiest lies to get away with. The rhetoric of border security has been used again and again to justify massive increases in manpower and weaponry, including Border Patrol staffing increases, a fence authorized and constructed during the Bush era, and the construction of privately-owned immigration detention centers. It’s a kind of “Southern strategy” for the Southwest—take American fears of Latinx immigrants and weaponize them into something that sounds legitimate and reasonable but is actually highly destructive. Unfortunately, it’s often an effective one that even informed and open-minded people like Columbia students buy into.

The consequences of several decades of militarization in what the National Network for Immigrant and Refugee Rights calls an “imagined war zone” have been devastating. More migrants have died crossing the southwestern border than in the 9/11 terrorist attacks and Hurricane Katrina combined. Rapid and unaccountable growth in the size of the Border Patrol has created a corrupt culture in which agents routinely abuse border crossers and actively participate in the illegal smuggling economy. Recently, Border Patrol officers in Texas followed an undocumented 10-year-old girl with cerebral palsy to a hospital and waited for her to emerge from surgery before separating her from her family and detaining her for immigration processing. Outrageous events like these punctuate the hum of routine violence inflicted on border crossers, particularly those who are dark-skinned and poor.

Meanwhile, American border communities continue to experience low rates of violent crime compared to the rest of the United States. While the sheer concentration of law enforcement in the area is surely a factor, it’s also a reality that the border is a community of immigrants, who tend to commit crime at far lower rates than U.S. citizens.

We do not live in a war zone, although the amount of military hardware and personnel on the streets would suggest otherwise. People on the border are used to being deployed as political pawns and to having the area’s unique culture treated as a stain and a nuisance. As students who actively question and contest many of the paradigms presented to us as true, we can’t let ourselves be misled by those who swear that the border is criminal and unsafe. It is crucial to apply a critical lens and search for the truth in our own attitudes and preconceptions about the border.

The author is a senior in Columbia College studying human rights. She is a member of the Undocumented Students Initiative.

This piece is the first installment of an ongoing Opinion series that features individuals identifying as undocumented students on campus.To respond to this op-ed, or to submit an op-ed, contact opinion@columbiaspectator.com.