Dating: A death by dichotomy

Dating: A death by dichotomy 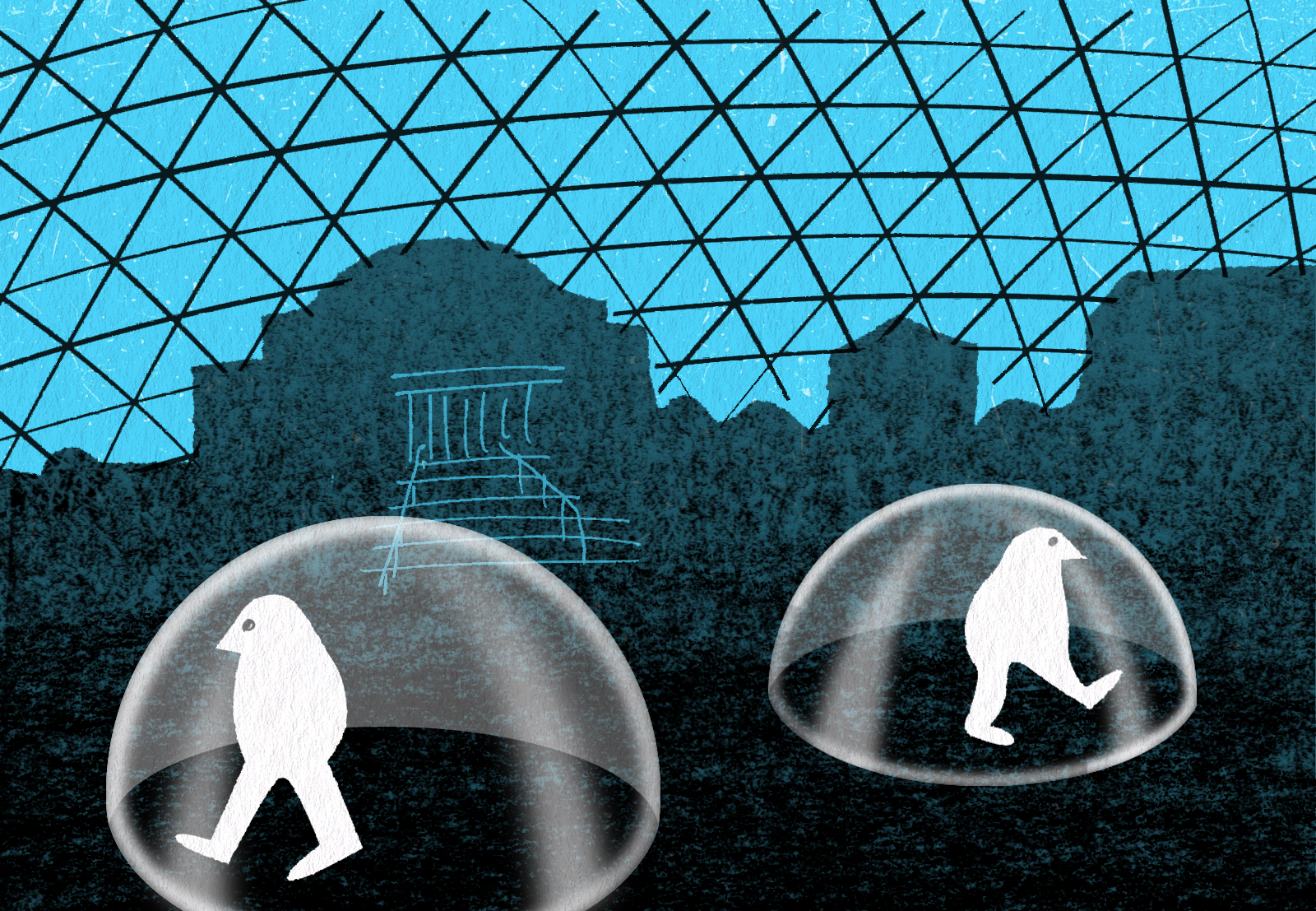 “Have you ever been in a codependent relationship?” The question came during a late-night encounter I was having with a boy I was seeing at the time. It was the first time I had heard the term, and when I told him that I had not, he launched into a detailed account of the “codependent relationship” he had been in during his first year at Columbia. When recalling the sheer anguish that came with extricating himself from his codependent relationship, he explained to me that his worst fear was falling into that type of mutual dependency again, the type where one person ostensibly satisfies all your requirements—checks all your boxes—to the point where all other relationships are neglected, and eventually fade into oblivion.

Oblivion is exactly where my relationship with the aforementioned boy ended up after our casual, several month long fling. There was no dramatic breakup, no sob-worthy narrative of betrayal I could spin into an “I hate men” rant. In place of tears and drama was an insidious coldness and distance that had crept into our relationship. Texts went unanswered for increasingly long stretches of time, and half-baked excuses to postpone or cancel plans altogether became the norm. Despite my confusion and sadness over what was happening between us, I never felt inclined to confront him about it. He’s not your boyfriend, I told myself. He’s graduating, you’re just a first-year, I thought. I hoped that repeating this to myself would subvert my entitlement to the feelings of hurt I was experiencing, but alas, they did not; the truth was, I really liked the guy.

In pondering previous relationships, I realized that the tendency for on-campus relationships to either become toxically codependent or fall into radio silence is a pervasive phenomenon.

Consider the nature of a campus, especially ours: we all exist in this tiny bubble. It is no surprise then, that when people start dating or hooking up or hanging out, these relationships tend to deepen and accelerate at breakneck speeds. Everyone knows that one couple that spend five out of seven nights a week sharing a bed, eat together every day, and have one another’s schedules memorized. I see couples like that and ask myself: how could they not? Especially when they are typically somewhere between 18 and 22 years old, away from family, and horny? And while such radical closeness does not necessitate toxicity, it is pertinent to decontextualize our relationships and consider if the campus-enabled intensity within them would be deemed unhealthy by “real-world” standards.

Nobody chooses to be in a relationship that leaves them grappling with the devastation of being not only loverless, but also friendless. Yet simply existing here makes it all too easy to be seduced by the notion of having someone close by—geographically and emotionally—to help shoulder the burdens of university life. In a tragically ironic twist, it also creates a dating culture that has tossed accountability to the wind. We arrive on this campus and are immediately confronted by the endless number of things there are to do, which range from adjusting to campus life and New York City to finding and pursuing a career track.

The monolith of opportunity that draws us to Columbia in the first place is often as terrifying as it is invigorating, and the notion that our success here is contingent on some form of self-sacrifice is institutionally upheld. Just last semester, Columbia released a time management chart suggesting that we spend fifty hours a week studying, and two hours a week on “hygiene/prep.” That leaves us with roughly seventeen minutes a day to wash our bodies, do laundry, and clean our living spaces.

In an institution where neglecting oneself in the wake of immense academic pressure is normalized, it is all too easy for us to justify letting peripheral relationships with our peers fade away. We gloss over the emotional implications in even casual hookups, as they seem laughably tiny compared to the enormous workload and pressures we face. When our university treats washing one’s face like an exercise in indulgence, holding ourselves accountable for a fling’s feelings falls to the bottom of our priorities. If we were to actually spend fifty hours a week studying, we would ostensibly learn a lot. But what is the point of any of it––philosophy, literature, chemistry––if it destroys our empathy?

In the midst of our campus-wide mental health crisis, it is critical for us to step back and examine our own relationships, whether they’re just casual hookups or deeply intense partnerships. I wish I had demanded accountability from the boy I was involved with as a first-year, and I know there are people on campus who feel the same toward me. So, perhaps it is time we saw treating our relationships with intention and empathy as a way for us to resist the toxicity and self-immolation our campus often encourages. We all live in the Columbia bubble together, and it is too damn cold out for us to be so cold to one another.

Arielle Isack is a sophomore in GS majoring in American studies. She hopes that writing this piece makes people realize that she is much more of a Carrie than a Samantha. Email her at: aai2123@columbia.edu. She also has a column that runs alternate Fridays, called Not a Relationship Girl.