Chronicle of the Core Foretold

Chronicle of the Core Foretold 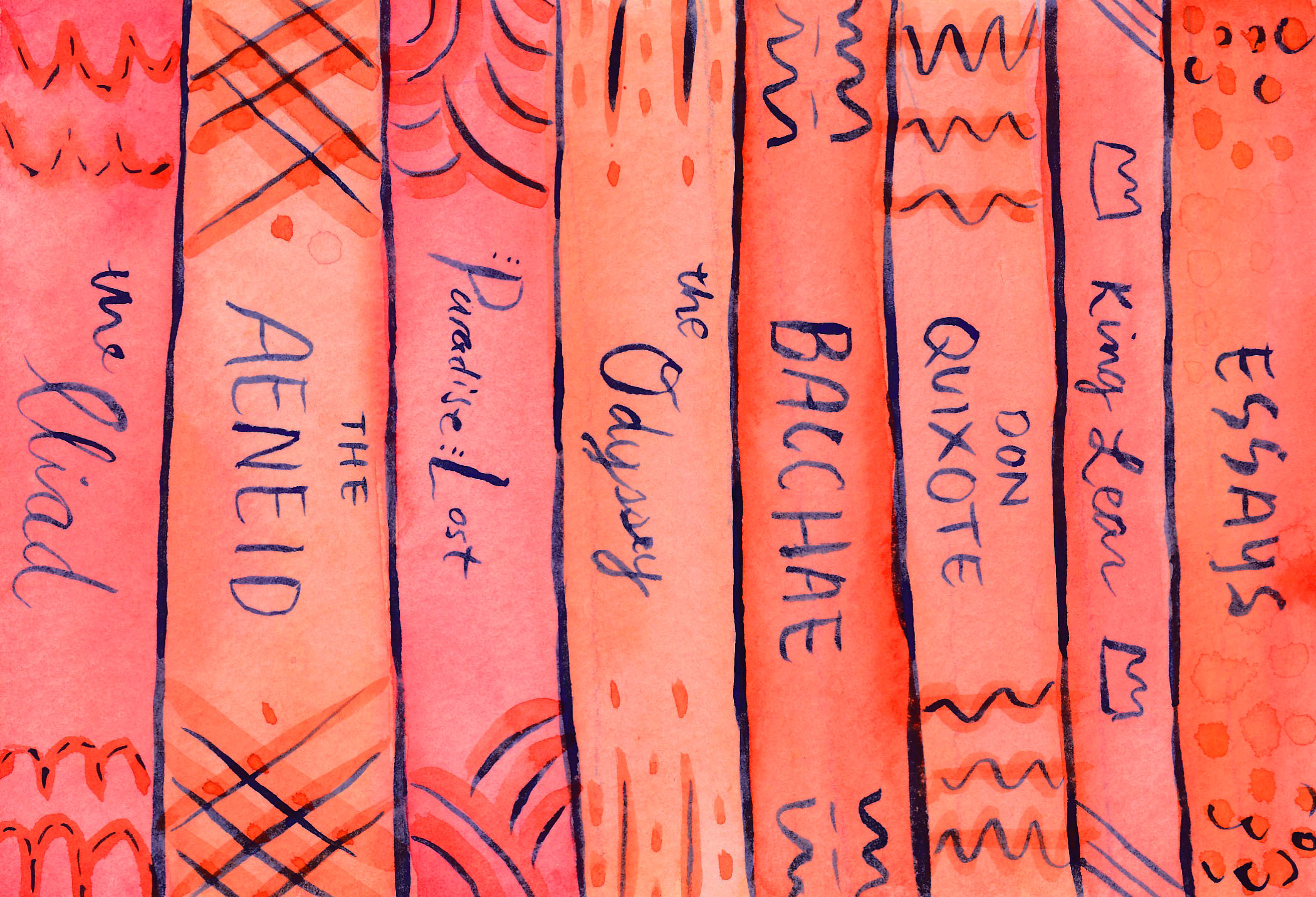 What follows below is a narrative piece, written from a potential future, that explains the process by which the Core Curriculum was abolished. I felt it important to present this narrative as my column, because if certain trends continue, the Core’s abolition will come about and Columbia will be all the poorer for it. Although the narrator of the piece seems to sympathize with the Core’s critics at first, by the epilogue he appears to have changed his perspective. He sees that the Core’s opponents were too radical, that abolishing the Core only replaced a certain set of problems with another, and that those who wanted to preserve the Core were probably right to begin with. I think he’s correct.

Nobody was surprised when the Core Curriculum was abolished. It was a slow process.

Starting in the 21st century, revisions began to be made to a Core that was deemed to include too many dead white men. Defenders of the Core insisted that white men were perfectly capable of producing works that spoke to universal human truths, but this line of thinking was roundly defeated with the reply that the best way to understand the human condition is by engaging a range of works that reflect the diversity of the human experience. The Core’s advocates then countered that it was important to sustain the literary, philosophical, artistic, and musical traditions which had nourished the West, the United States, and Columbia; to this argument came the devastating reply that Western culture spread only because of colonialist crimes, and that for these and other reasons, the Western tradition excludes the identities of most human beings—that is, the majority of humans who are not white males.

At first, the revisions to the Core were relatively minor, such as the addition of Toni Morrison to the Literature Humanities syllabus. Few of the Core’s critics, however, were placated by these token concessions. A group of enlightened revolutionaries kept pushing for a radical revamping of the Core’s artists and writers. The revolutionaries were successful in arguing that the ethnic make-up of the Core’s syllabi was unrepresentative of Columbia’s population. Moreover, they said, exclusively showcasing the works of people like Shakespeare and Michelangelo implied that their work is superior to that of non-Western luminaries—an untrue and oppressive assumption. Revolutionaries were passionate, and their platform was compelling. Increasing numbers of students were persuaded by their appeals. Together, they demanded that the administration make their desired reforms.

Eventually, the administration capitulated, to an extent. It raised the number of Global Core requirements to five courses and designated that at least four of those cover regions that had been historically underrepresented. But there remained the trouble of the other Core courses and that there were still too many dead white men in the syllabi. Here, the administration and the revolutionaries reached an agreement. It was decided that syllabi would, from this point forward, be composed of half Western and half non-Western writers and artists. The first semester of Lit Hum, for instance, would be dedicated to the Western literary canon, but only writers who were not problematic were allowed to stay. Homer, for instance, was chucked out because women in his works are treated like chattel; the Bible readings were also removed because it would be unjust to privilege Christianity over other religions. The second half of the semester covered non-Western artists, and it included a satisfactorily diverse body of work: a selection from the Classic Chinese Novels, excerpts from the Tale of the Genji, and Chinua Achebe’s Things Fall Apart, among others. This settlement was problematic because having a semester devoted to non-Western authors still Other-ized them, but for many years the uneasy armistice held.

Nevertheless, the revolutionaries persisted. But as long as the administration remained in power, they would be unable to achieve their dream of radically altering the Core. What provided the opportunity for a revolutionary victory was the newfound power of the Inclusion Task Force (heretofore ITF). At first, the ITF only had the power to publish reports and exert social pressure on the organizations at Columbia. Yet, with some maneuvering, the ITF gained the power to withhold funds from organizations that were deemed insufficiently inclusive. Each year, the ITF would review the demographic statistics of all student clubs and then decide whether said clubs were doing enough for social justice. Wherever club efforts were found to be lacking, the ITF would financially hemorrhage the clubs out of existence. (The first club to so perish was the College Republicans, which was for a long time the guarantor and protector of white male privilege.)

Eventually, the ITF managed to defund all the problematic student organizations on campus. After completing this task, it turned its sight—at last—to the still-oppressive Core syllabi. The ITF created a committee to remake the Core, with particular emphasis on further diversifying the readings in Lit Hum and Contemporary Civilization. Rather than recreating the syllabi, though, the committee decided to abolish the Core altogether. Yet nobody was surprised by this development, except for, perhaps, the few recalcitrant reactionaries who opposed progress, equality, and justice in the University. The rest of the student body welcomed the change. It was the most foretold abolition that ever happened.

Many years after the Core’s demise, Columbia students once again began to experience the strange rumblings of confusion and dissatisfaction. Although their course syllabi now bestowed upon them the insight of all the world’s great cultural traditions, thus opening their minds to the staggering diversity of the human experience, it still felt like something was missing. All around the students stood buildings whose roots they could not understand, and whose traditions they considered almost foreign. They gazed upon Riverside Church without knowing anything about the ethic of Christian generosity. They looked at Butler’s façade but had only a vague grasp of the origins of classical architecture. One day some Columbia students visited the 9/11 Memorial Museum, and they encountered a quote by Virgil: “No day shall erase you from the memory of time.” When they read it they felt nothing at all.

A small section of the student body started articulating this general disaffection. They believed that it was disheartening to be educated in a deracinated society, that to engage other cultures we must first be familiar with the one that birthed and raised us, and that it was impossible to construct meaning without a set of structures and institutions and values from which to base the pursuit of further knowledge. These discontented students began to raise the heretical point that perhaps there was something special to be said for the high achievements of Western civilization after all. When the revolutionaries and their successors heard about all this, they did not think to question any of their assumptions, or any of the positions they’d already taken. Instead, they inferred that vestiges of the white male order still remained and so they set out at once to obliterate them.

Christian Gonzalez is a sophomore in Columbia College studying political science. This week he’s attempting to inject some humor into a discussion that usually isn’t particularly humorous. He welcomes all reactions and can be reached at cag2240@columbia.edu.