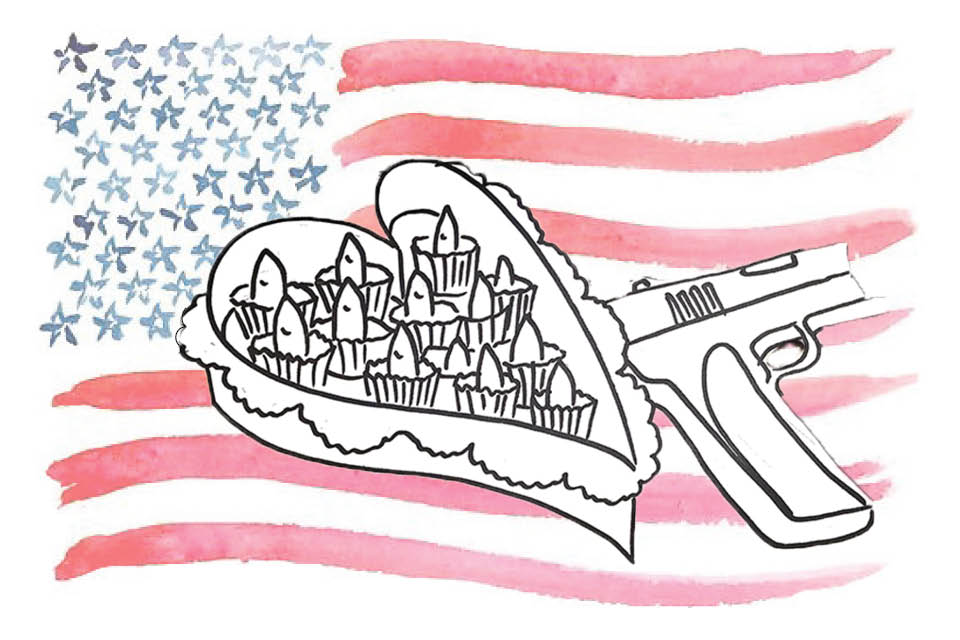 Just days after the terrorism in Charlottesville, Virginia, I woke up to a response from Barnard President Sian Beilock expressing her sadness and disdain for the events that had occurred. Following the tragic hurricanes in Texas, Florida, and Puerto Rico, I received an email from Dean Avis Hinkson about support systems offered by Barnard, in addition to a list of organizations that would benefit from student donations. Since I officially enrolled at Barnard last spring, I’ve received responses addressing the terrorism in Manchester and London, the changes to Title IX and DACA, and the new travel bans the Trump administration intends to initiate.

However, just days ago, our country suffered yet another deadly mass shooting at an American school. When I checked my email the following morning, hoping to find a response from Barnard’s administration expressing their deepest condolences to all those affected, there was nothing. I tried to think of legitimate reasons for why our administration has fallen silent following such a tragedy. I thought they were waiting for the right words, that an event this deadly deserved the most sensitive and articulate response possible. However, five days have since passed, and with it, my hope for a statement has dwindled severely.

This university might not have been directly affected by a mass shooting on Valentine’s Day, but that doesn’t mean it couldn’t be one day. I absolutely don’t want to detract from the utter grief and devastation that struck Marjory Stoneman Douglas High School and the city of Parkland, Florida. However, unless lawmakers take action to prevent further shootings in schools, the U.S. will continue to be a place in which it is dangerous for children to simply grow up. And in the meantime, every single institution of learning will remain at risk, including our own.

Our community has rallied around similarly important issues like the graduate student unions, the problematic CUCR speaker series, and the University’s constant battles with sexual assault and mental health. And yet, for a campus that so passionately embraces its activist label, I’ve seen a lackluster response to what happened in Parkland. Maybe it’s because at this point in the debate there is so little we feel our administration can do. However, a simple acknowledgement of this issue, followed by a promise to support any gun control legislation that will help keep this community safe, would be better than radio silence.

That being said, acknowledgements alone are insufficient. In our country’s current state, there’s a good chance we’ll begin a familiar—and seemingly endless—cycle: We wait for the next shooting, express our outrage on social media, and then slowly, but surely, forget. Over the past six years—since a gunman opened fire at an elementary school in Connecticut in 2012—more than 400 people have been shot in schools alone. These tragedies are not normal and should not be treated as such.

This cycle is exactly how we’re putting ourselves, our campus, and our country most at risk. By waiting until the next school shooting takes place, we are sitting ducks who lack any guarantee of safety as we walk around our campus. Despite the fact that 17 people were killed, Republican lawmakers will likely maintain their allegiance to the gun lobby. Donations from the National Rifle Association are part of what keeps these politicians in office, and obviously, what’s more important than that?

I don’t want to believe that the responsibility to prevent these tragedies falls solely on us. In many ways, we are still children who lack the proper capital to make this kind of change on the national scale, but the adults simply aren’t doing their job.

While this is a partisan issue, it shouldn’t be; An overwhelming majority of our country—88 percent to be exact—support requiring background checks for all gun sales and 87 percent support preventing people deemed too dangerous by law enforcement or mental health providers from buying guns. And Marco Rubio might be curious “about why and how this killer carried out this carnage,” but I certainly am not.

This Parkland school never expected they’d fall victim to the next mass shooting, so until we see proper gun control legislation passed, who’s to say that this university isn’t next? It seems we’ve begun to treat shootings similarly to the way we treat sexual assault, by putting the responsibility of prevention in the hands of potential victims rather than directly addressing the systems that allow them to happen in the first place. We have to do better and to refuse to be complacent.

In nine months, we will have the opportunity to do just that. Over 8,000 undergraduates exist on this campus, and we hail from all 50 states. The current demographics of this nation state that millennials outnumber baby boomers; however, millennials—and young people in general—have historically not been as likely to vote. For those of us who are eligible, it is imperative that we vote and protect those who aren’t afforded the same privileges that we are, but for a myriad of reasons, there are inevitably students for whom voting is inaccessible. However, resistance comes in many forms: walk out of class on March 24, spread the word about organizations fighting against the NRA, and join the groups on this campus that are actively working to bring awareness to the issues that affect us most.

If you haven’t yet, you can register to vote here: https://www.thisstartswithone.com/register-to-vote

If you’re interested in calling your member of congress, you can find their contact information here: https://www.callmycongress.com

The author is a first-year at Barnard College studying English. She is also an associate editorial page editor for Spectator.