This is not the representation I asked for

This is not the representation I asked for 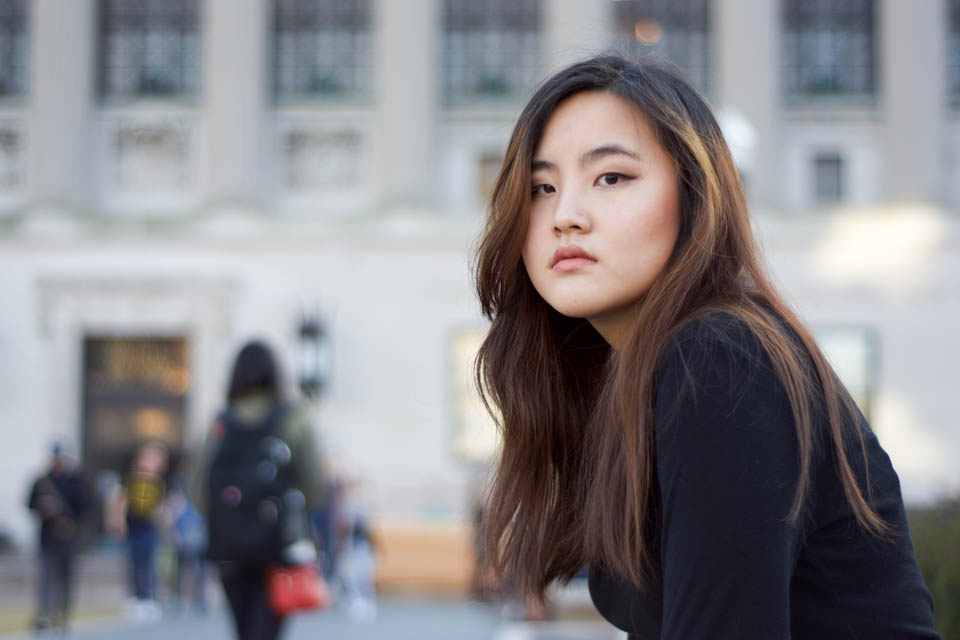 I did not want to spend Chinese New Year thinking about the belittlement of Asian women in Western culture. But on February 16—this year’s Lunar New Year—Tyga released a new album titled Kyoto. Upon listening, most of the tracks seemed like nothing unusual; it featured songs like “I Need a Girl, Pt. 3” that discuss, as the title suggests, the desire for a partner. However, when I listened to “Hot Soup,” the first lyrics were in a language I know like the back of my hand—Mandarin Chinese.

The woman in the song coos, “I’m thirsty. What would you like to drink? I have tea, coffee, Coca-Cola, beer,” before Tyga sings “Put on your sundress, girl / I’m ’bout to make it hot, yeah.” The implication is clear: He wants to sleep with this Chinese girl who is “thirsty,” and as Tyga later raps in the chorus, “She gon’ make me feel better / yeah, yeah, / like hot noodle soup.”

I’m sorry, what? Why did you name this album Kyoto?

The album cover depicts a sexualized tiger-human hybrid, bent over with her ass in the air, in front of the Japanese flag. Yet there is no nod to Japanese culture at all in the album; the only Asian reference is the spoken, hypersensualized Mandarin of “Hot Soup.” Not only is this reference distastefully wrong, it is also rooted in the pervasive phenomenon of the hypersexualization of Asian women.

Until very recently, Asians in Western music were few and far between, and the only mention of Asians were in songs like Tyga’s “Hot Soup”—songs that mention Asian women in passing because we’re represented as clueless, submissive sex kittens. Kanye raps, “Eating Asian pussy all I need was sweet and sour sauce” in “I’m In It.” Jason Derulo’s “Talk Dirty to Me” features a woman with a heavy Asian accent saying, “What, I don’t understand!” after three minutes of sexual obscenity. G-Eazy’s “Fried Rice” uses a Mandarin sample—a sample which G-Eazy himself interrupts with, “What that bitch say?”—to discuss Chinese girls becoming sexually mature.

Unfortunately, this phenomenon is not exclusive to pop culture. The fetishization of Asian women is something I and every other Asian woman out there have to deal with. “Yellow fever,” or the sexual fetish of Asian bodies, is extremely pervasive and has affected my friends and me at Columbia. On the topic of one of our classmates, my friend shivered and said, “Don’t ever talk to him. He tried to fuck me and almost every other Asian girl I know. He’s got yellow fever.” I remember a Tinder message that I received once: “Let me introduce my Crouching Tiger to your Hidden Dragon.” My friend even confessed to me that she only dates Asian men because at least then she knows that they will not exotify her body like a non-Asian man might.

I’ve been disappointed by the lack of conversation on Asian issues on Columbia’s campus. I do think I’ve experienced fruitful conversations on Asian mental health, particularly in regard to the model minority stereotype and the pressures of being Asian at an Ivy League institution, but that seems to be the only conversation about Asian issues at Columbia.

Columbia students pride themselves on being politically active, yet there was a period of time when dozens of Columbia Crushes posts fetishized different ethnicities and races. Though these posts were eventually shut down by moderators of the page, this goes to show that Columbia students have and will continue to fetishize certain bodies until they are called out on it. Asian women: We must do the same and call out the people belittling our bodies, for this fetishization stretches beyond a Columbia Crush; it affects our personal relationships and the way we are portrayed in the media. The less we talk about the ways in which our bodies are fetishized, the less people will recognize it as an issue, and the more people, including our classmates, will continue to fetishize our bodies.

I’m not telling you to boycott Tyga. But I am telling you to be cognizant of the music you listen to. When you listen to “Hot Soup” or “Fried Rice,” I want you to know that Asian women are not your airheaded sex fantasy to be used in your ignorant songs and plays. We are Olympians, we are actresses, and we are your classmates. And one day we will drown out the stereotypes with narratives on who we really are—human beings. But we have to let everyone know that we will not stand for this bullshit first.

The author is a first-year in Columbia College. She deleted Tinder because too many guys kept on sending her shitty racist pickup lines. When she’s not criticizing music, she enjoys pretending to study in Ref when she’s really just posting memes on buy sell.