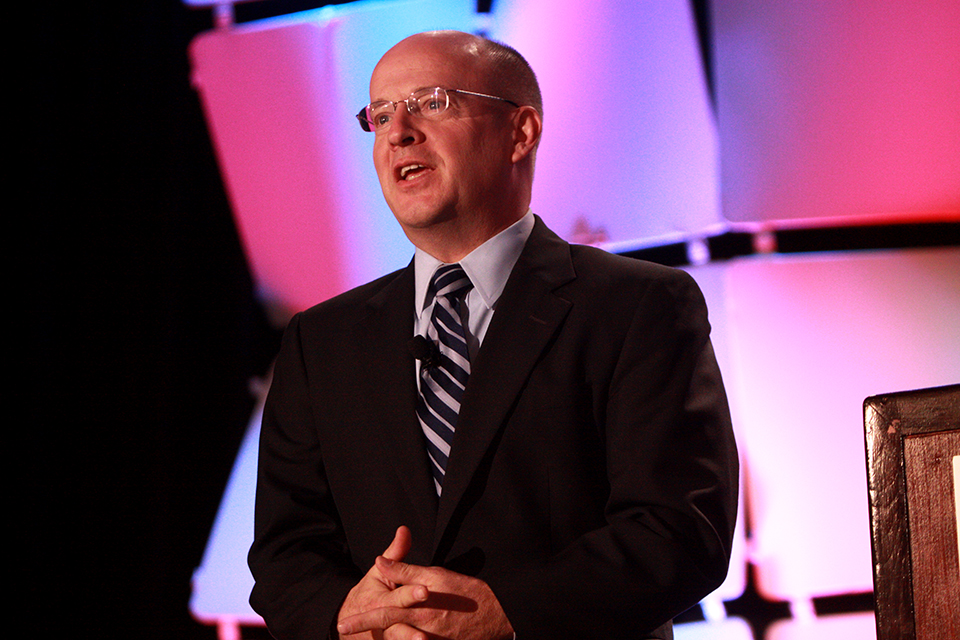 Content Warning: There is a quote in the sixth paragraph of this op-ed that contains an anti-Black slur.

Did you hear about the Columbia University College Republicans’ latest event?

This time, they aren’t hosting the co-founder of a violent, Islamophobic, far-right organization or an alt-right, anti-feminist conspiracy theorist. On February 27, CUCR is bringing Mark Mix, the president of the National Right to Work Legal Defense Foundation, to campus for an event. While some may argue that Mix is a more “legitimate” speaker than Tommy Robinson or Mike Cernovich—the two individuals featured as a part of the club’s speaker series last semester—the organization Mix represents advocates for a policy with deep roots in white supremacy and devastating implications for workers today.

Contrary to their deliberately misleading framing, right-to-work laws do not give workers the “right to work.” In reality, they are a concerted, well-funded effort to strip workers of their rights at work. Right-to-work laws allow workers at a unionized workplace to have the benefits of a union contract, such as higher wages and health insurance, without joining the union or paying the union a service fee for representing them. In other words, the intent is to undermine workers’ organizational efforts and eventually defund, weaken, and destroy unions.

Currently, right-to-work laws exist in 28 states and are supported by the Trump administration. Additionally, the Supreme Court may soon rule against workers in Janus v. AFSCME, a case that will determine whether right-to-work legislation applies to the public sector. However, these laws are not new. The idea behind “right-to-work” originated in a piece by editorial writer William Ruggles published in Dallas Morning News in 1941. Shortly after, segregationists became the leading proponents for right-to-work laws, pioneering right-to-work legislation in order to divide white workers from workers of color and uphold white supremacy.

Given CUCR’s choice of speakers last semester, this latest addition to the fold is unsurprising. However, the Columbia administration’s anti-union actions are also directly supported by the group Mark Mix represents: The National Right to Work Legal Defense Foundation submitted an amicus brief on Columbia’s behalf against the graduate workers’ union.

Mark Mix’s organization isn’t the first to seek to “eliminate” what it describes as “coercive union power” or “compulsory unionism.” The concerns held by right-to-work proponents are historically embedded in anti-black, anti-Semitic, and pro-segregationist ideologies. Vance Muse, an important early advocate for right-to-work, feared that by joining unions “white women and white men [were being] forced into organizations with black African apes whom they will have to call ‘brother’ or lose their jobs.” Muse was a businessman, lobbyist, and leader of racist and anti-semitic Klan-aligned organizations like Christian American Association and the Southern Committee to Uphold the Constitution. These organizations led the first efforts to implement right-to-work laws. In addition, they helped pass a number of anti-strike measures in order to “quell disturbances and keep the color line drawn in our social affairs.”

This combination of anti-labor and racist rhetoric was not isolated or uncommon in the early days of the labor rights movement. Because union membership could provide higher wages, increased benefits, and safer working conditions, stifling union membership became an important tool for maintaining racial hierarchies and limiting opportunities for social and economic advancement. In other words, campaigns to undermine or defund unions—such as the advocacy for right-to-work legislation—were simultaneously campaigns to keep workers of color out of the middle class.

Like all American institutions, sections of the labor movement have been entangled with racist, sexist, and xenophobic ideologies. However, the trajectory of American unionism is abundantly clear: It is increasingly a movement of people of color and women and has been a powerful force in combating workplace inequalities and discrimination as well as securing important material gains for all workers.

Unions have been critical in obtaining a number of rights we often take for granted today. The weekend, the eight-hour day, minimum wage laws, and the end of child labor are just a few victories for which you can thank the labor movement. The consequences of right-wing attacks on unions, especially pushes to pass right-to-work legislation, are devastating for working people. Right-to-work states have markedly higher levels of poverty, lower wages, higher risks of workplace death, and more uninsured workers than the rest of the United States.

Right-to-work not only originated in a racist context but continues to uphold white supremacy today by threatening essential protections for workers of color. On average, unionized workers earn 13.2 percent higher wages than those with equivalent education and experience who aren’t covered by a union contract. Here in New York City, unionized black construction workers earn 36.1 percent more than those who are not unionized. As the racial pay gap persists (and has actually grown since the 1970s), studies have found that unions have been central to combating racial pay disparities in organized workplaces; the collective bargaining rights that make this possible are an essential resource for black and Latinx workers to secure equity at work. Right-to-work threatens the economic power that unionization lends workers of color, especially those working in low-income professions.

Janus v. AFSCME, the case regarding public sector right-to-work that Mix is specifically discussing, will particularly harm black women workers if the Supreme Court rules against AFSCME. According to the Economic Policy Institute, black women are “disproportionately represented in public sector jobs. They make up 17.7 percent of public-sector jobs, or about 1.5 million workers.”

When Mark Mix comes to Columbia on February 27, we will be gathering along with 1199SEIU, UAW, and Liberation Coalition for a press conference on Low Plaza at 12 p.m. and a rally at 8 p.m. outside of Lerner Hall. We want to make it loud and clear that New York City stands against these attacks on workers. Which side are you on?

Student-Worker Solidarity has been organizing students to fight for economic justice and workers’ rights at Barnard and Columbia since 2012. If you’re interested in getting involved, reach out to studentworkersolidarity@gmail.com from your non-BC/CU email.