Is this your campus activism?

Is this your campus activism? 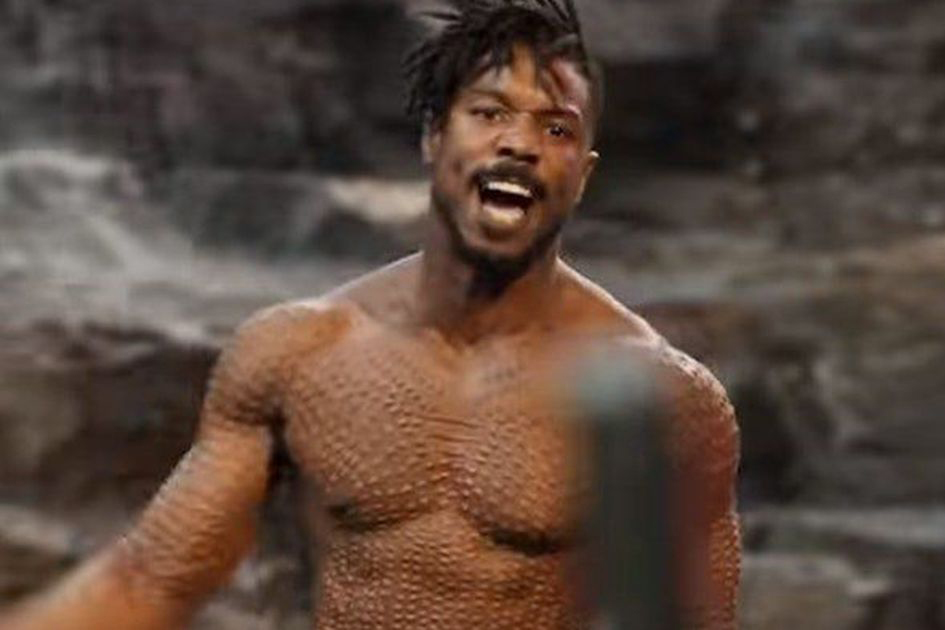 Black Panther, while being one of Marvel’s best movies to date (beating out Iron Man, Marvel’s previously highest-rated movie on Rotten Tomatoes, with a 97 percent rating), was one of the densest superhero films I have ever seen. The film garnered high praise, especially from black audience members because of its references to internal black conflict, external white conflict, and black cultural hallmarks (I am definitely adopting that Wakandan dap).

It appears to effectively address tough topics of race while simultaneously being a kick-ass superhero movie. However, there was something that didn’t sit right with me as I left the theater and in the days following. This discomfort stemmed from the numerous conversations I had with my fellow Lions about the film, particularly from their reaction to the film’s antagonist. A radical revolutionary if there ever was one, I had assumed his motives would resonate with Columbia students more than they did. However, with words like “Nazi-esque” thrown around by my peers to describe his plan, I felt compelled to discuss his truth in a more palatable way. So let’s talk about Erik Killmonger, movie antagonist and cousin of the Black Panther.

For those who still haven’t seen the movie, Erik Killmonger plays an integral role in Black Panther. Son of the Wakandan N’Jobu and nephew to then-king T’Chaka (the Black Panther’s father), Killmonger is abandoned in Oakland, California after an altercation leads to N’Jobu’s death at the hands of T’Chaka. Upon discovering his father’s death, Killmonger’s rage against Wakanda grows. Feeling abandoned by his own people to suffer the conditions he and other African Americans endure, Erik is driven to take revenge on America and Wakanda. Over the course of the movie, Erik takes the throne from T’Challa (the Black Panther) and attempts to distribute Wakandan weapons to Wakandan spies, who he hopes will eventually help lead those of African descent in revolution against their oppressors. Of course, as with all superhero movies, T’Challa stops Killmonger from executing his violent plan and eventually kills Killmonger.

My immediate reaction to Killmonger’s demise was something to the tune of: “Wow, so you’re really gonna do my man like that?” Let’s be honest: Though he was an outsider in Wakanda—an American—Killmonger ascended to the throne through honest and fair means. The Wakandan political power struggle, based on combat, allowed Killmonger to best T’Challa in every way. Quicker and stronger, Killmonger was willing to do what needed to be done in order to achieve his goal, even going as far as to attack his opponent T’Challa as he lies on the ground (an action emphasized by the fact that even M’Baku, one of Black Panther’s greatest enemies within the comic book universe, did not attempt to kick T’Challa while he was down during their power grapple.)

What was Killmonger’s ultimate goal? Was he a power-hungry warmonger? Did he want complete world domination? Not quite. While part of his motivation lay in vengeance, Killmonger’s primary drive was black liberation by any means necessary. Growing up from the bottom of the bottom as a black man without a father—that being among the most dire of circumstances to overcome in this country—Killmonger has undoubtedly experienced the roughest forms of racism, at the hands of civilians and cops alike. As an MIT graduate, he will most likely have experienced underestimation and degradation from his peers. There is an especially poignant part of the movie where Killmonger experiences this from a white woman who tells the guards to tail him as he explores a museum, assuming he’s there to steal. Killmonger intimately knows the way his country treats him and people like him. The ending of the movie sees T’Challa creating a STEM engagement center in the neighborhood in which Killmonger grew up, supposedly symbolizing Wakanda’s newfound commitment to aiding the African diaspora. However, STEM engagement will not reverse the effects of the systemic racism that plagues African Americans. Erik’s only crime was wanting to see his people break free from oppression. And Marvel killed him for it.

During the movie, I found myself siding with Killmonger’s way of thinking. But why? Where could I have possibly learned that violent revolt spurs the most radical change, that through death, the oppressed may gain agency and liberation? Not only does the country we live in celebrate the deaths of our collective oppressors, the globe does as well (think Bastille Day or Cinco de Mayo). We celebrate those who take decisive action to effect change on a larger scale, and that is exactly what Killmonger stands for. But instead of celebrating him for directly tackling the issues of pervasive, systemic racism (although not in the most ideal way), many that I talked to claimed that Killmonger’s plan was crazy or just plain wrong. T’Challa and Killmonger want the same thing: to see their people thrive. And yet we prefer T’Challa’s indirect solution as opposed to Killmonger’s direct solution. It is only from a place of privilege that T’Challa can plop a building down in a neighborhood and say that he’s helping the cause, doing the bare minimum for someone in his position while reaping the benefits of publicity and self-satisfaction. I fear that we behave similarly.

There exists at Columbia a faux-liberal atmosphere of commodified activism, one in which being “woke” can gain you social status. In this way, many students deem themselves activists through hollow conversations, social media posts, and boisterous tweets surrounding current political issues. As a group we act hollowly with good intentions, akin to T’Challa’s construction of the youth engagement center. The genuine desire to help is there; yet, Columbia students in particular should learn how to differentiate between which actions that effect legitimate change and those which have relatively no effect (one of our most famous alumni knew this well.)

How much can we talk, and talk, and talk about change before we as a community make that change? We have had rallies and protests against racist CUCR speakers as Columbia continues to build into and destroy Harlem, all while distancing itself from the black community that built it (do we really need to call it Morningside Heights? Everyone knows it’s just Harlem). T’Challa recognizes the lack of STEM engagement among the African-American youth and moves to change that, while the American government pushes to incarcerate the children’s fathers and destabilize their communities. The things we choose to fight for are not invalid; however, I fear that as we focus more and more on the slight injustices, which are easier to support with the aforementioned hollow actions, we may begin to lose sight of the large issues. I do not write this today offering solutions or claiming that I know what’s best (I acknowledge I am as much a part of the problem as anyone). I write this today simply to offer another perspective. What will really incite change in 2018?

The author is a first-year in SEAS, planning to major in mechanical engineering. While he spends too much time thinking about fictional pieces of media, Nigel also spends his free time playing bass for and managing the social media presence of hip-hop/R&B band Soul for Youth, rehearsing with the Columbia Big Band, and eating copious amounts of halal truck food.