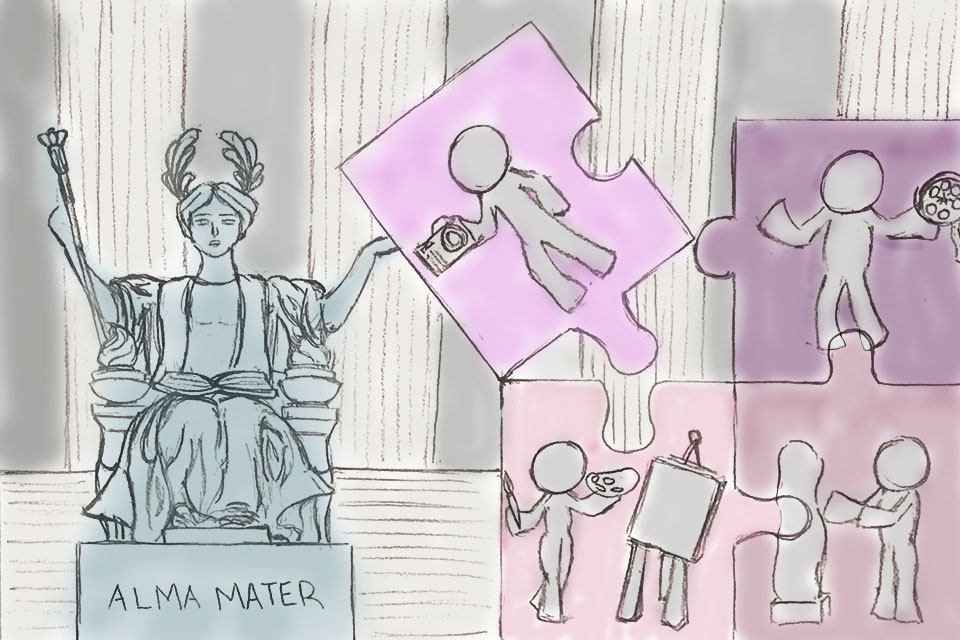 There’s a lot of complaining that goes on about the arts scene and arts administration at Columbia. I feel like I’ve read an article on the subject in Spec every other semester. In fact, the undergraduate art magazine I co-founded, Ratrock, was just featured in September in an article about how “clubs fill void in resources” for student artists. I’m happy we can benefit students in a tangible way, but I’d rather our efforts bolster the community rather than provide what our school should be offering. We’re students at an Ivy League institution, we have our own “voids” to fill.

As a visual arts major at Columbia, I am personally affected by the lack of affordable materials, communal spaces, and specialized career services for creatives. But of my long list of grievances, I feel the most pertinent issue is the lack of community among visual artists on campus. Though many visual arts students have never actually interacted with each other, there are three concepts that they seem to have reached a consensus on.

The first is that a student whose sole interest is the visual arts doesn’t apply to Columbia—they apply to art schools. I feel that my education would have been incomplete if I didn’t have the opportunity to take classes in other departments such as Robert King’s Cult Film & Exploitation class, Saskia Sassen’s Global Urbanism course, or even Contemporary Civilization. However, while the checklist to success in other areas of study is clearly delineated by the University, to get something out of the visual arts department, you must be a self-motivator and forge your own path. It’s obvious in the structure of the curriculum—there are no options for photography, painting, or design majors; there is just “visual arts.” While for some this ambiguity is liberating, most perceive it as another deficiency in the department.

Another concept that we agree upon is that while creating community among performing artists is easy, getting visual artists to interact can be quite the challenge. I joined Latenite last semester out of nostalgia for my days performing as a ballerina. Midway through the semester, while I still wasn’t sure about everyone’s name in my painting class, I had developed a whole new cast of friends through Sunday rehearsals for Latenite. Theater, music, and dance are inherent community builders. You can’t write a song, choreograph a dance, or make an audience laugh with a group of people and not have some sort of strong feeling toward them by the end of it. In contrast, visual artists independently hone their personal practices, often only coming together to share their finished products.

Lastly, there’s a clear disconnect between visual arts majors, students who take visual arts classes, and students who are making art independently. There is even a lack of engagement among students in the major taking the same types of classes. The students in one painting class don’t know the students in the other painting classes! Why not? I guess not everyone who makes art goes around in Dr. Martens and a paint-splattered jumpsuit and listens to funky music; it can be hard to spot “our kind” outside of the studio. Edgy dressers around campus often complain about being mistaken for art majors.

After starting an art magazine, nearing the end of my studio requirements, and working as a monitor for the LeRoy Neiman Center for Print Studies, I have a few ideas on how to ameliorate this third issue. I know this article isn’t enough to convince the administration to better fund the arts, so instead I’ll propose solutions that repurpose the few resources the school does provide. 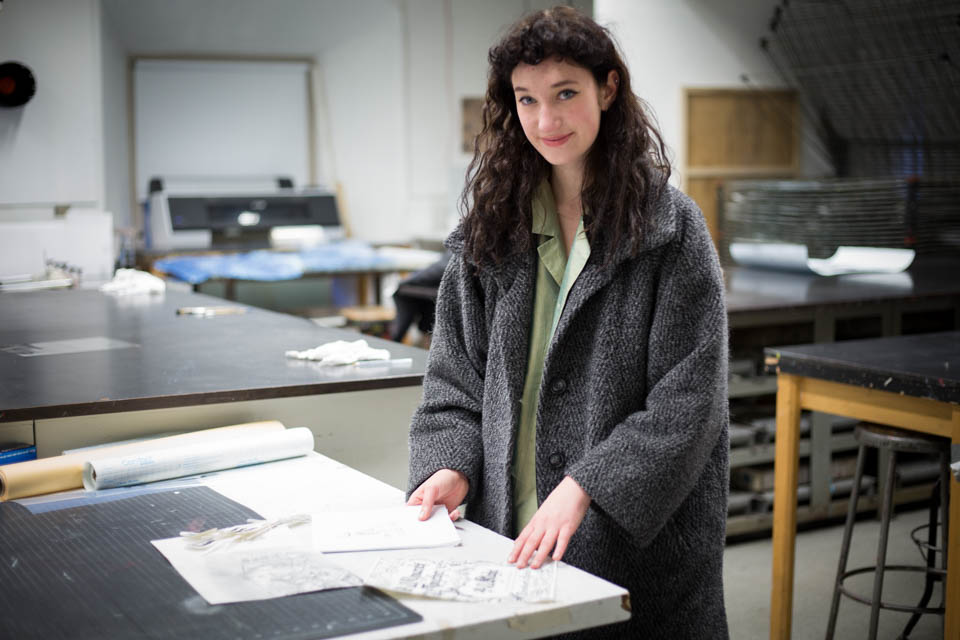 Drawing and painting students are given 24/7 access to Dodge 501 and 401, a privilege that is underappreciated until the night before a piece is due. On top of our academic schedules, internships, and club involvement, visual arts students barely have enough time to complete our assigned pieces, let alone work on independent projects. We need an event that can be smoothly integrated into our schedules; a get-together that encourages interaction but also allows us to utilize the time and space productively. I propose that the department schedules a regular Open Studio Night that makes the studios available to anyone who does visual arts. All would be welcome to bring their current projects and work alongside other artists. MFA student volunteers could lead an optional group critique at the end of the event, providing an opportunity to receive constructive peer feedback outside of a classroom setting.

There is proof that providing the time and space for both creation and conversation prompts community building. By the end of the semester, students in six-hour studio classes not only become deeply invested in their own work, but in the work of their fellow artists. When the Prentis Show rolls around at the end of the semester, I am always disappointed. Just as I have become comfortable with my classmates, professor, and new material or skill, I’m signing up for another class on SSOL for the next semester. Though something like a yearlong class may not fit into everyone’s schedule, providing the option could allow serious students to transcend the basics, benefiting both their artistic practices and their relationships with peers.

If Columbia’s undergraduate visual arts program is unable to compete in terms of resources and facilities, administrators must switch gears and focus their efforts on community building. Visual artists at Columbia are friendly, creative, and motivated, we just need a little help finding each other before our senior year.

The author is a junior in Columbia College studying visual arts. She is the co-founder and managing editor of Ratrock Magazine and the chief copy editor of Hoot Magazine.

This op-ed is part of a Scope on artists at Columbia. To respond to this op-ed, or to submit an op-ed, contact opinion@columbiaspectator.com.