The right to be mad

The right to be mad 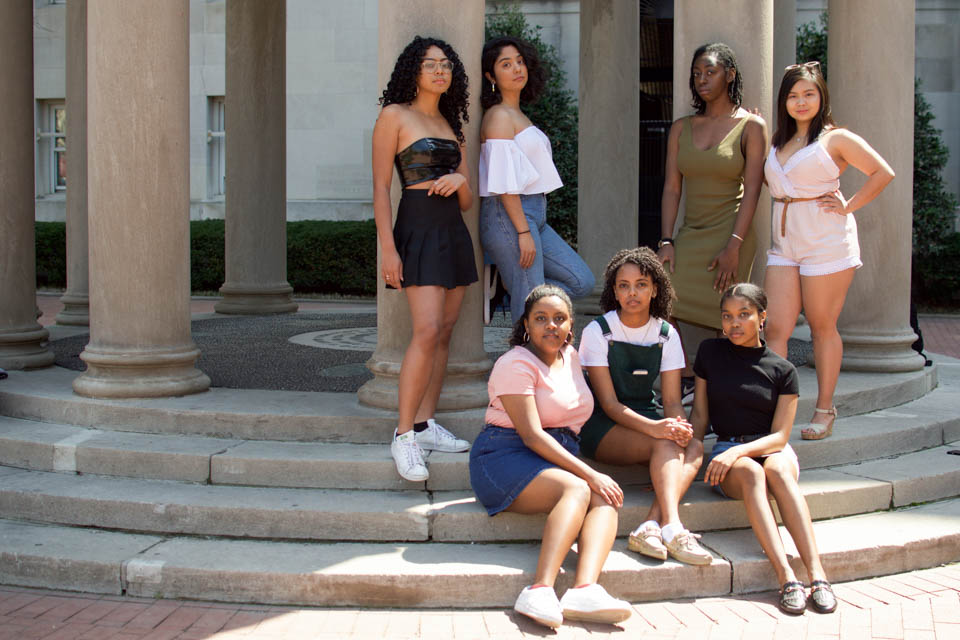 There arrives a day in a black student’s academic career on which they realize that they occupy the position of the “other"—that their non-black classmates, whom they once considered to be friends or even just friendly acquaintances, don’t value them as equals. This sobering realization usually takes place in class discussions when the non-black Contemporary Civilization classmate you’ve had friendly conversation with for half a semester defends the concept of natural slaves as it pertains to the transatlantic slave trade or in casual conversations when your non-black floormate says that black people are too entitled and continues to promote the use of racial slurs.

When confronted with these abhorrent views, we, as black women, usually have three reactions to choose from: remain silent, educate the person in a calm and stoic demeanor, or passionately rant. If we choose option one, we preserve our sanity but risk the proliferation of ignorant views. If we choose option two, people usually completely dismiss our views and exploit our emotional labor. However, if we choose the latter, which is a completely warranted response to the questioning of one’s humanity, or even the second option, we will be branded with a scarlet ABW (Angry Black Woman) for the rest of our time in college.

Why is it that when a white man goes on an angry rant about liberation, he is revered, applauded, and elected president? However, when black and brown women are passionate about the abusive effects of racism and misogyny, we are met with eye rolls, angry looks, and dismissive rebuttals to “calm down and consider both sides.” For an example of this phenomenon, we need not look any further than to the discourse surrounding the students who protested Columbia University College Republican’s “free speech month.” This fall, minority protesters who attempted to prevent the proliferation of hateful ideologies on this campus were met with heavy criticism from many sides of the ideological spectrum.

Why is anger admired when it is espoused by a white body but not a black or brown female one?

The question of who gets to be angry was answered by the contrasting reactions of the media to the Black Lives Matter teens versus the Parkland teens. In 2013, after the death of Trayvon Martin, black teenagers led a group called “Dream Defenders” to veto Florida’s “stand your ground” laws. I bet no one can name a single one of these teens. For years these teens and other young black activists were told to wait, to compromise, to let politicians handle it. During the 2018 National School Walkouts, marginalized children from hyper-policed communities were essentially silenced. We must ask ourselves: who is given the microphone, the air time, the space to be angry and emotional?

At Columbia, it is clear that narratives from white western authors are valued. The fact that our core humanities curriculum is mainly comprised of western thought further silences the perspectives of marginalized communities and does not afford them the space they deserve in contemporary conversations. If minority voices were truly valued, the core would be utilized to question western hegemony by incorporating them.

James Baldwin explains, “If any white man in the world says, ‘Give me liberty or give me death,’ the entire white world applauds… When a black man says exactly the same thing, he is judged a criminal and treated like one, and everything possible is done to make an example of this bad nigger so there won’t be any more like him.” Black anger threatens the social order in which white people profit from, so white people will attempt to utilize social methods of dismissal to silence black people. These methods include gaslighting—using phrases like “you’re being divisive,” or "I agree with you in the goal you seek, but I can’t agree with your methods of direct action”—utilizing token minorities as enforcers of the norm, and other fervorous attempts to make black people believe that their anger is unwarranted.

Even Martin Luther King, arguably the most peaceful voice of black anger, was demonized. Dr. King was hated by large numbers of white people for his outspoken politics. The FBI even sent him a letter to try to scare him into committing suicide. Critiques of black anger are not new, and neither are the critiques it receives.

Black anger is warranted. Anger is a normal human emotion. At what point is the slaughtering and ravaging of black bodies by systematic oppression, the erasure of black voices from the media and classroom curriculum, and white people treating Trump’s presidency as a joke not supposed to make us angry?

As Audre Lorde explains, “My anger is a response to racist attitudes, to the actions and presumptions that arise out of those attitudes.” Black anger does not negate the fact that many people of privilege remain complicit and perpetuate numerous systems of oppression. We should not have to articulate our views in a scholarly manner to legitimize our sentiments or humanity. We should not have to appeal to the hegemonic white liberal palate for our views to be legitimized.

There is a difference between hatred and anger. The object of hatred is "death and destruction,” while the object of anger is "change." We are utilizing our anger to liberate ourselves and other marginalized communities by reminding the world that oppression is not normal and should not assimilate into what society deems “common sense.” If you see this as divisive, I ask: Is our anger more offensive than the oppressive systems that seek to destroy us?

White people can only seem to appreciate the labor of black women when we are palatable, when we do not challenge their privilege, or when our stories look aesthetic enough for a cute little Facebook post. So, yes, I am angry, and no, I won’t conceal my anger for your comfort.

Heven Haile is a first-year in Columbia College studying political science and African-American history. She was a first-year representative for the Black Students’ Organization and is now CCSC’s race and ethnicity representative. Her hobbies include blissfully listening to Frank Ocean and Solange in a dark room, destroying oppressive systems, and stanning black women on Twitter.