Opinion | From the Lion's Mouth

Let’s be a leader for gender equity in athletics, not an outlier

Let’s be a leader for gender equity in athletics, not an outlier 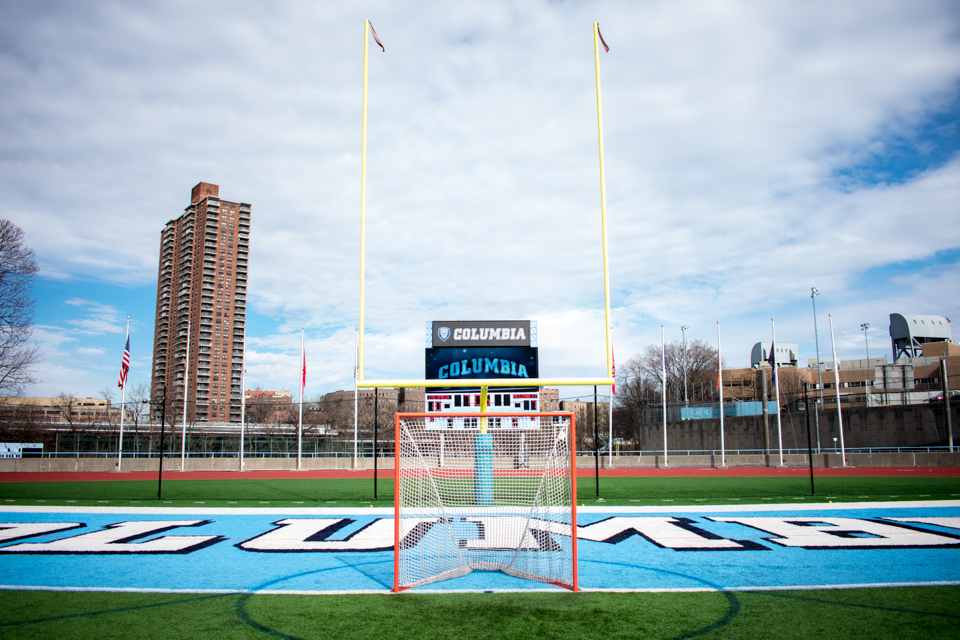 On the morning of International Women’s Day, I sleepwalked past the the pile of newspapers sitting on the counter of the security desk in the Carman lobby. It was 6:30 a.m. and I was off to training.

Returning nearly four hours later, I was trying to put that day’s performance behind me and focus on the two midterms ahead of me. I took a moment to glance down at the pile of newspapers and did a double take. A sports story rarely makes the front page of Spectator, much less one with a four-column photo of a women’s team.

Suffice it to say, the headline was troubling.

After digging into the data on sports’ spending at Columbia, Leo Goldman and Austin Horn found that Columbia Athletics spends twice as much on men’s teams as on women’s teams. Even when boiled down to the amount spent per person, male student-athletes are handed significantly more money than their female counterparts. Moreover, the article revealed that Columbia is an outlier, having “the biggest such discrepancy in the Ivy League.”

What about Title IX? Under the 1972 legislation, the athletic department is not required to give women equal funding but rather equal opportunity. In 1979, the Department of Education’s Office for Civil Rights published its interpretation of equal opportunity in college athletics, focusing on “scholarships and team benefits, which include equipment, practice times, and coaching.”

In the Ivy League, no scholarships are offered, so team benefits become the key component for equity in sports. A primary purpose of the athletics department is to fund these benefits–– a vehicle for each program that its players, coaches, and alumni must drive to success. Discrepancies in coaches’ salaries are one issue, but there are also other problems that several anonymous athletes pointed out: male rowers’ names carved into the wall with no evidence of a women’s team, a men’s team that flies while a women’s team drives. Horn and Goldman’s article revealed something that has crossed many athletes’ minds but has never been discussed before.

When talking about the article with peers, female athletes in particular, frustration is evident. It’s understandable, but at the same time, the answer isn’t clear-cut. Despite Columbia’s $10 billion endowment, the athletics budget isn’t unlimited. Moreover, the budget is supplemented by donors, of whom there are generally many more and with deeper pockets for men’s teams than women’s. While men’s programs have storied histories and extensive alumni networks, the first generation of alumni of women’s programs are just now reaching their peak career and retirement age. How, then, do women compete in fundraising? The solution is certainly not in simply taking money away from men’s teams and giving it to women, because when the men’s programs do well, it lifts the status of the women’s programs and the department as a whole.

However, it should work the other way too. Women’s programs should be funded to lift the status of men’s programs and that of the entire athletic department. If fundraising creates the disparity, whose responsibility is it to fill the gap? Because as it currently stands, if Columbia continues to put women’s teams on buses and men’s teams on airplanes, the Office of University Compliance can’t argue that we have an equal opportunity to reach our destination and elevate Columbia Athletics––and they shouldn’t be surprised to see when the standings reflect it.

The words Horn and Goldman use to lead their article were “left behind.” In my view, Columbia Athletics never left us behind. That would imply that at some point we were even. Women’s athletics programs at universities across the country have always been behind. Now, at Columbia, as men’s spending continues to rise and women’s funding stagnates, it appears the department is putting us even farther behind.

The women’s soccer team practices at Baker Athletics Complex at 218th Street and Broadway. We often spend three hours a day there, sometimes more, and an hour of our lives commuting back and forth. The hard work we put in is no different than that of any men’s team. Although fewer students make the trek to our games, many of our fans are young girls from local club teams. These girls bring a new energy to the stadium. They watch bright-eyed, wishing to be a college soccer player. I can’t imagine staring them in the eyes and telling them that the boys their age who go on to play college soccer deserve twice the funding they do. I can’t even explain that one to myself.

Columbia Athletics should be aiming to be a leader in gender equity, not an outlier. In the meantime, female student-athletes on campus will continue to strive for success, even if our road is more difficult to navigate. As long as this conversation continues, I am hopeful that one day a solution will be found. And when that day comes, one of those girls who sat in the stands at our games will walk out of Carman, getting ready for her routine of practice and exams. She will know something that I cannot say for certain––that her team is regarded as equal to that of the men in both opportunity and funding.

The author is a first-year in Columbia College. She is a member of the women’s soccer team and can be reached at ced2185@columbia.edu. From the Lion’s Mouth is a content series that provides Columbia’s coaches and student-athletes with a platform from which to share their experiences and connect with the Columbia community.