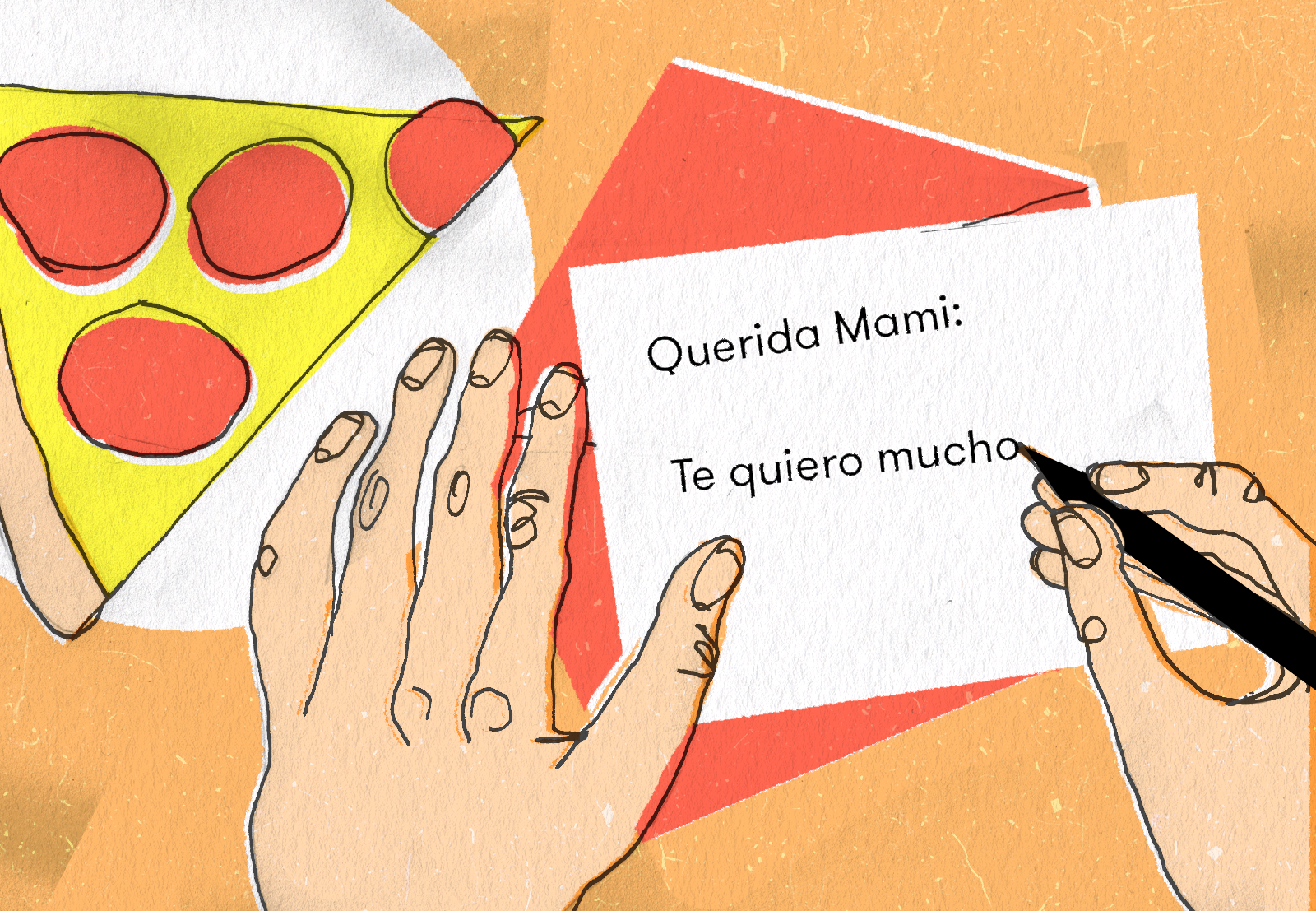 I had a classmate in fifth grade whose father died. On Father’s Day, our fifth grade English teacher tasked us with writing “I love you” letters to our dads. For obvious reasons, my classmate could not complete this assignment. I watched as she tearfully—but courageously—wrote a letter to her mother instead. Although it made me feel terribly sorry for her, I could not imagine the pain that the loss of a parent at such a young age must inflict. I didn’t have to imagine for much longer, though, because my own mother died when I was 17.

Mami was diagnosed with cancer when I was a sophomore in high school. My stepfather (heretofore “dad”) broke the news to me in the gentlest terms he could manage. “Mami,” he told me, “has a disease en su sangre”—in her blood. “She’s in the care of the best doctors, and I think she’ll be fine. She’ll be going to the hospital every few weeks to get blood transplants.” I did not then know that it was cancer—my dad did not say the word leukemia—but I instinctively knew that it was serious. Words abandoned me.

The extent of her illness was never revealed to me. When loved ones get cancer it is impossible to speak about bad news, especially around the kids. Only good news gets reported. Some days her hemoglobin was up. Other days her red blood cell count looked healthy. On some days she didn’t vomit.

Because no one ever told me “Chris, your mom has cancer and it is slowly killing her,” I had to piece together her symptoms in order to understand just how much she was suffering. I got a glimpse of that suffering one Friday evening. My family, you see, has pizza night every Friday; it’s an old tradition. We started, I think, with Pizza Hut, then upgraded (in my estimation) to Domino’s. When we’re feeling fancy, we treat ourselves to one of those “chic” pizza shops where you sit down and ask that all sorts of exotic-sounding cheeses be put on your pie. Thankfully, even fancy pizza is never particularly pricey.

I love pizza, and perhaps for that reason the only unpleasant pizza night I remember in my life happened late in my sophomore year of high school. I was having Domino’s with my family in our backyard. Mami said she wasn’t too hungry, but my dad insisted that she eat a little. Ever willing to make others happy, she said “Fine, I’ll have some.” She took a single bite from her pepperoni pizza. A few seconds later she ran to the bathroom to throw it back up.

It’s hard to hold food down when you have leukemia.

I don’t know what was more agonizing—seeing that Mami was physiologically incapable of eating, or seeing my dad try to play this off as if it was no big deal. “Don’t worry about it,” he told me, but his expression betrayed the pain he felt inside.

As time went on, the aforementioned trickle of “good news” from the war on cancer progressively slowed, and the signs of trouble-to-come became more numerous and more apparent. Around the time of my midterms during junior year, my dad received a call from MD Anderson Cancer Center, where Mami was being subjected to an “experimental” treatment. The doctors told him that they were faced with a dilemma. The cancer was about to kill Mami, they said, and they needed to give her chemo. But they couldn’t give her chemo; her body was too weak to handle it. Chemo would kill her, but failing to administer it would allow her to die.

My dad, sisters, and I immediately flew to Houston. We wanted to spend her final hours next to her. I cried the night before the flight. It was the first time her illness had made me cry. I’ve always been an optimist (I’m not quite sure there’s an alternative), but knowing that Mami’s death was imminent was too much for me. So I cried the night before.

I also cried when I saw her, unable to walk, unable to feed or clothe herself, unable to form coherent sentences, unable to wrap her arms around me. And of course, I cried when my dad informed me, a few days after we arrived, while we slept in a nearby hotel, that “Hijo, Mami’s gone.” The last words she ever said to me were “Te quiero mucho.” (I’ll let you translate that one on your own.)

For the past two years I have known the pain that my classmate experienced in middle school. May 13, 2018, will be my third Mother’s Day without a mother. It still hurts. (Though at least I get to spend this one at Columbia, and I know she would have been proud of that.) And yet, while I may not be able to congratulate my mom, there is reason for happiness. That reason—and my reason for writing this essay, admittedly—is to encourage those of you with moms to hold them a little extra tight when you celebrate their motherhood next month.

My column does not run in May. In fact, it will not run any longer. So it is now that I wish all of you a happy (and rather early) Mother’s Day.

Christian Gonzalez is a sophomore in Columbia College studying political science. If you’d like to reach him, you can do so at cag2240@columbia.edu. Heterodox ran alternate Tuesdays.

Love, Actualized is a weekly op-ed series on love, sex, and dating at Columbia. To respond to this op-ed, or to submit a Love, Actualized, contact opinion@columbiaspectator.com.