In defense of my Oklahoma public-school education

In defense of my Oklahoma public-school education 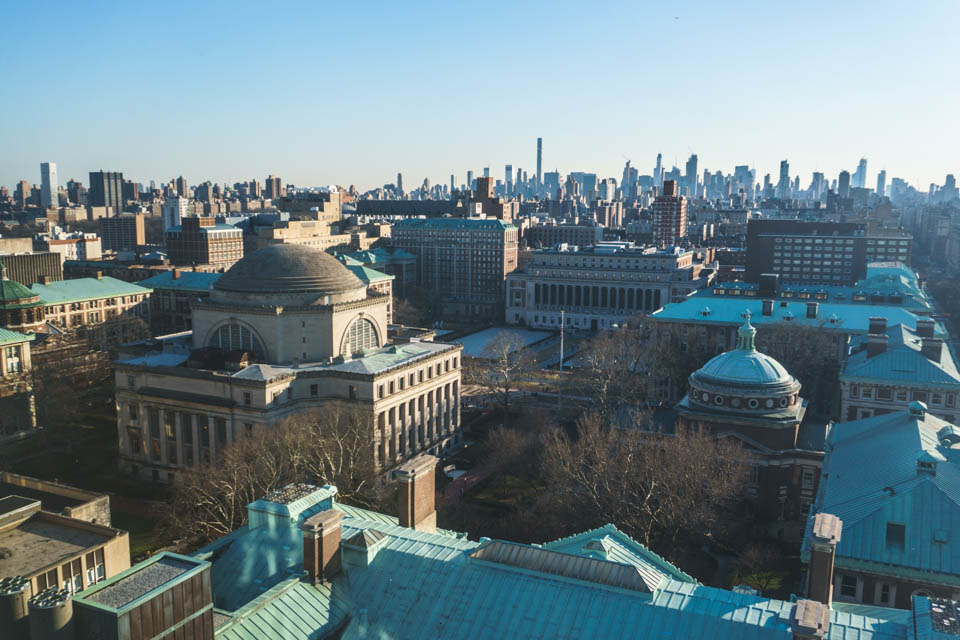 There is a running joke in my family that after I graduated from a teacher’s class, the teacher would leave the school. I thought the joke was supposed to be about my behavior in class, but now it has come to embody my experience as an Oklahoma public school student.

While I would smirk, my younger brother scowled as we watched the same teachers’ positions being filled by young graduates, then coaches, then student teachers, then… no one. What I grew up thinking was inevitable career movement was in fact an education system falling apart, crumbling faster and faster behind me as I walked, then panically sprinted across a foundation that could not support the weight of its students. The year I graduated high school the floor finally fell through: My geography teacher now works at a school in Texas; my English teacher at a counseling center; the high school counselor who just last year wrote my recommendation letter is now gone; the principal who signed off on my transcripts is out of the picture. But who can blame teachers for not staying when you can make $15,000 more working at a gas station than as a teacher in Oklahoma?

I too have unintentionally been running from my past ever since coming to college. All it has taken to conceal my educational background in the private school playground of Columbia is a pair of Ray Bans and a vintage print shirt. Few of my peers know that in my state, public-school teachers were often my Walmart cashiers as well. Paper was scarce, so everything was printed four pages to a sheet in tiny font. We ran out of Scantrons, so we entered our tests on our phones; not everyone had a smartphone, so we learned to pass them around and share. Textbooks were outdated and falling apart, and, every morning, I had to lug five textbooks from home to school because there were not enough copies. Last year, a pipe broke and flooded the halls with mud, shutting the school down for a few days. Tornadoes are regular, yet my school does not have a storm shelter. During tornado warnings, we crowded around the central classrooms of the school, knowing that our lives were utterly at the mercy of the environment.

And we were the wealthiest school district in the state—the lucky ones. I know students whose schools could only afford to be open for class four days a week or that shut down early in May because they had no air conditioning in the 100 degree heat.

On April 2, Oklahoma teachers finally walked out of class in a protest against the state government’s refusal to provide livable salaries for teachers and basic funding for classrooms. My younger brother and hundreds of thousands of Oklahoma students were out of class for almost two weeks, and no one at Columbia really seemed to care. Ironically, students here have been quick to express solidarity with the recent graduate student teacher strike (as they should), yet few are even aware that a new series of public school teacher strikes began today in Arizona and Colorado. Apparently activism is selective. The crises over public schools are abstract and negligible to students on campus who never had to experience them.

Columbia omits statistics about its incoming class’s educational background from the brochures, but roughly 30 percent of students at Ivy League schools attended private high schools, as opposed to the less than 10 percent of American students as a whole. Naturally, students that go to schools that are well-funded and operate like elite colleges will see themselves as better “fits" during admissions, even when those perceptions may end up being expensive illusions, and so more of them will apply. Add in the high number of international students and students from specialized high schools that fit elite colleges’ conceptions of “interesting,” and you get the picture.

Both Columbia and parents who send their children to elite private high schools are well-aware of the selection bias against students who attended underfunded public schools like myself—and they don’t mind making gains from it. In my hometown, legislators and wealthy families send their children to private schools, heightening inequalities in a crisis that they had the power to fix. Ivy League universities’ public-school demographics should be upwards of 90 percent, not just to reflect national statistics accurately, but also because when they don’t, private schools are allowed to claim prestige, diverting attention—and funding—from our public schools, putting our teachers in poverty and my friends in danger.

The underrepresentation of public school students on campus makes it so that a $50,000 private high school education seems like the norm when compared to an $8,000 high school public education, rather than the exception that it really is. By normalizing inaccessible educations, this standard ostracizes my own. It makes my education feel like a choice, a statement about my ability, a rude insinuation of what my family’s prioritization of education may be.

My teachers may not have written teaching how-to manuals or taught the children of Wall Street bankers, but they taught 40-student class sizes in a state where 1 in 4 children are at risk of going hungry—a state with the highest divorce rate, sixth highest teenage pregnancy rate, and eleventh highest childhood obesity rate in the nation. My teachers taught me how to be confident when I was challenged and comforted me when I was sad—they drew eyes in my 100%’s and gave me the benefit of the doubt when I left an assignment at home. Teachers poured their hearts into everything I did from kindergarten to high school. Their teaching had just as much worth as anyone else’s, even here at Columbia—I just want the Oklahoma state legislature and Columbia to recognized that.

The author is a first-year student in Columbia College majoring in history and political science.