Does Columbia have a self-segregation problem?

Does Columbia have a self-segregation problem? 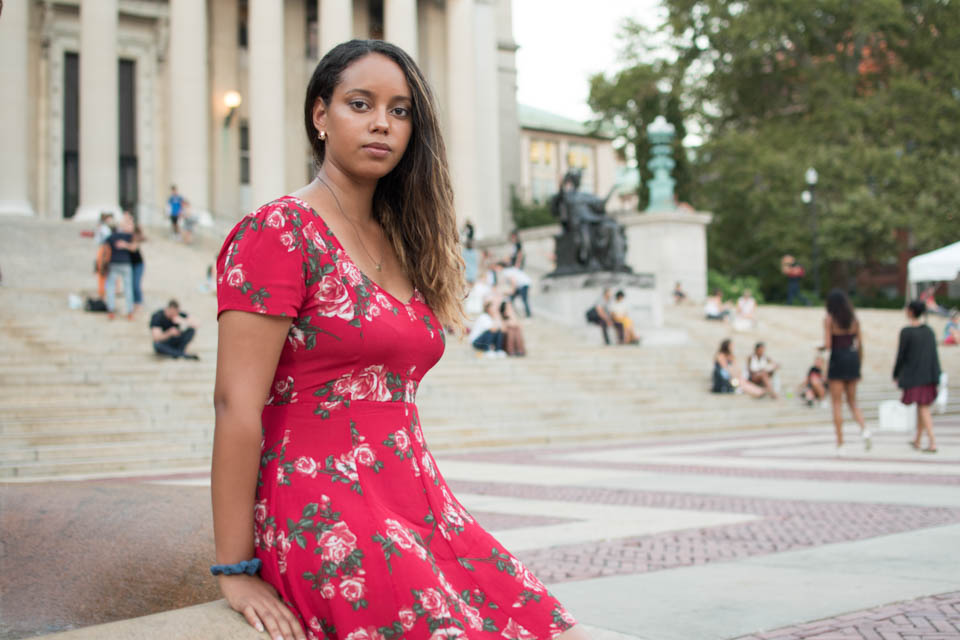 Diversity was one of the main attractions that brought me to Columbia. I was inspired by the United States as a whole, where people of color are visibly rising up the ranks, becoming CEOs, deans, and even presidents, and I saw Columbia as an intellectual, liberal haven in the land of opportunity. Seeing the statistics on race and ethnicity in the University prospectus filled me with excitement.

As a person of color growing up in multicultural South London, I often had conversations about race with my friends and family. We would complain about our lack of representation and the way the issue of race is often sidelined or dismissed in the United Kingdom.

I wasn’t ignorant enough to believe that the United States—a land founded on the genocide of an entire people and the mass enslavement of another—was a country without its own issues. But in comparison to the U.K.’s pasty ruling class, the U.S. struck me as a place where young people of color could really believe in themselves as future leaders. I thought that by reading up on history and politics, I could gain sufficient insight into the cultural climate of the country I had chosen to study in.

Despite my attempts at self-education, when I first stepped foot on campus I still did not understand the fundamental differences between diversity and integration.

During my first few weeks, I walked around campus humbled by the opportunity to be with so many different types of people from all corners of the earth. Being surrounded by a myriad of unique faces every day and having fascinating intellectual conversations till the early hours of the morning was exactly how I’d envisioned my college career. But, as the über-friendly nature of NSOP wore off, the reality started to seep in: This may be one of the most diverse campuses in the nation, but it sure isn’t integrated.

Self-segregation here is rife. Although I see people of every skin tone, they tend to be in homogenous groups. The East Asian kids hang out together, as do the African-Americans, as do the Latinx kids. Everyone here seems to be split down clear racial lines. This stark divide doesn’t sit well with me as someone with a mixed black, white, and Latinx identity. So much of the Columbia social scene seems to revolve around identity-based groups which give students of color invaluable safe spaces, while simultaneously further emphasizing self-assignation.

When discussing these observations with my African American friends here, they eloquently described their hesitancy to form close relationships with people of other races, especially white people. My friends had unsettling feelings that prevented them from feeling free of judgement when entering into new relationships, thus prohibiting them from opening up or becoming vulnerable around others of a different race. Though this may not be representative of experiences outside of my friend groups, I understood the context of their history and racialized realities as told by them.

Trying to fathom the possible reasons for this, I considered that many American students of color I knew, especially from cities, had different childhoods from mine—including some who grew up in the segregated neighborhoods found all over the U.S., the result of a legacy of historically racist housing policies.

When I look at my friend groups back home, images of multicultural faces flood my mind: Nigerian, Jamaican, Afghan, Brazilian, Filipino, Irish, mixed. In a way that perhaps some American upbringings don’t, my upbringing gave me the privilege to feel comfortable interacting with groups of ethnically different people; they were my neighbours, friends, schoolmates. Don’t get me wrong, systematic racism is alive and well in the U.K., but I’m part of a generation of diverse young Londoners who benefit from social mix policies in housing and schools that support integration. The interracial dynamics I see on Columbia’s campus are markedly different.

My freshman year at Columbia has lead me to recognize, for the first time, the extent to which my London state school education has influenced my outlook on race. Columbia’s mixing pot of global intellectuals affords us, as students, the chance to learn from each other and expand our perspectives. Diversity is one of our campus’ and city’s greatest strengths, granting us the opportunity to form connections with others that are different from ourselves, teaching us the value of empathy, tolerance, and compassion, and creating new fusions of ideas and knowledge.

But it’s not enough to simply be surrounded by diversity. For diversity to be truly meaningful in our Columbia experiences, we need to brave opening ourselves up to those around us and learn to foster our differences.

The author is a Columbia College sophomore majoring in neuroscience and the treasurer of the Mixed Heritage Society.