Letter to the Editor: Does Columbia have a self-segregation problem?

Letter to the Editor: Does Columbia have a self-segregation problem? 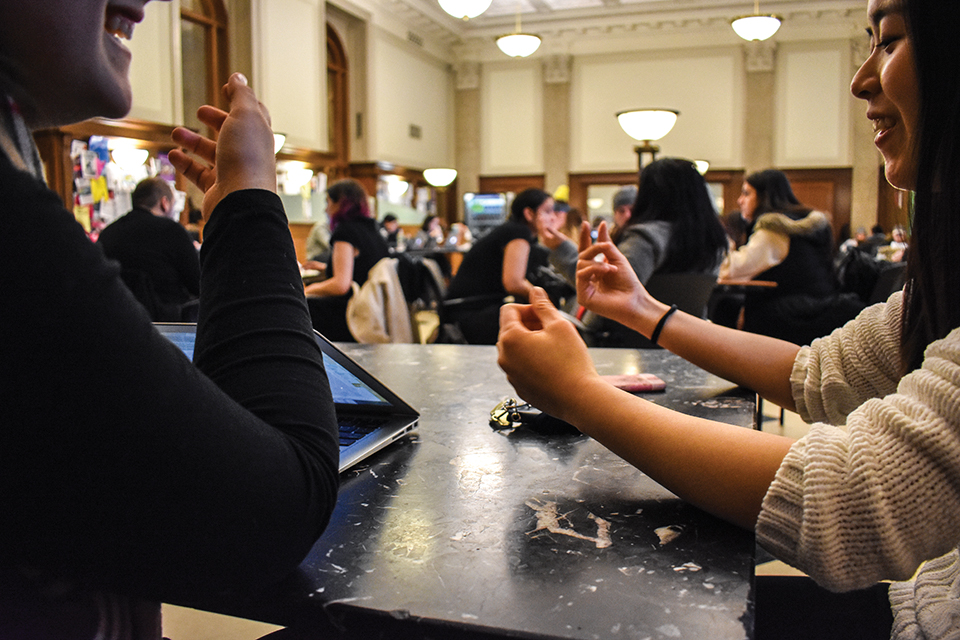 This letter to the editor is a response to the op-ed, Does Columbia have a self-segregation problem?, published Sept. 4, 2018.

From one woman of mixed heritage to another, I understand how being multicultural affects how we move on this campus and in the world every day. I also grew up in a city that was diverse enough to let me interact with both of my cultures. Based on that experience, I think it’s important to take a look at how your view of a “more integrated” Columbia campus would actually play out, starting with a cursory look at divisiveness on campus today.

Self-segregation is a natural manifestation of identifying with a community, and for people of color such as black people, it is as much identification as it is self-preservation. Take for instance Columbia’s Black Students’ Organization, founded in 1968 in the wake of protests that engulfed campus. The Malcolm X Lounge stands today as a physical embodiment of the safe space black students on campus were forced to create for themselves after interacting daily with a community that consistently antagonized them. Last semester we celebrated BSO’s 50th anniversary, and alumni from the ’68 protests who were invited to speak on campus offered a welcome yet sobering reminder that the only way real change can be effected is if students of color present a united front. This is what we create and strengthen when we hang out with our peers on a daily basis.

Besides the few other student-moderated safe spaces we have, Columbia is not segregated in any other de facto manner. For instance, Columbia doesn’t have dorm life for students of color, which many other schools provide. We have a few SICs, housing only a handful of students each. We don’t have social centers for minority students––the largest similar space is perhaps the Multicultural Resource Center. Except for Lambda Phi Epsilon, the historically black, Asian, and Latinx Greek life chapters on campus don’t even have brownstones. Columbia is already an environment in which students of color are required to integrate into the rest of student life.

It’s therefore unrealistic to expect students of color here to interact with students outside their heritage any more than they already do. Most of us are dying for more POC-specific spaces. I try to spend as much time as possible hanging out with my minority friends and helping out the minority first-years. It’s not because I “hate white people,” or anything close––it’s simply because I love hanging out with people of color because we help each other thrive. The friends that you spoke to and alluded to in your piece seemed to agree with as much.

But even if hatred was my reason, that isn’t something that I, or any other person of color, should have to defend to anyone else. Columbia students already know how important diversity is to a well-rounded education, so if a black student gets here and decides that she hates the way her life is affected by people outside her race and wants to spend her free time with other black people, then that’s her personal choice, and it’s ridiculous to expect her to do the emotional labor to feel otherwise. This is a rampant problem in the United States: people of color are still expected to do ridiculous amounts of emotional labor, completely uncompensated, to make others feel comfortable around them.

I’m not saying that students of color who find themselves in a tight-knit group of people outside their own race are any less valid––there’s a reason they click that we don’t have a right to judge either. I’m also not saying that self-segregating communities make it easy for mixed people to fit in––it is definitely difficult having to pick what parts of you to show and hide when your cultures refuse to acknowledge the rest of you.

But people of color will continue to gravitate toward people of the same heritage, because that’s what humans do. It protects them from the stress, or physical danger, of engaging with people outside their race. Until America comprises mostly of mixed-heritage citizens, all we can do as existing mixed people is work on making our own communities more accepting of us in our complete identities.

Your idea of integration certainly would make life easier for mixed students and would enable you to continue to build on the multicultural background you had in London. But for many, a more integrated Columbia is something we don’t need or want, after growing up in a country that tested our patience for 18 years. For me, going out of my way to hang out with people I otherwise don’t click with, just to create a diverse and “integrated learning environment” for them, would take unnecessary effort and create unnecessary rage. And being the “angry black woman” is the last trope I need in front of such an audience.

The author is a junior in CC studying chemistry. She is a member of the URC, BSO, and Theta, and would love for you to ask her what she’s mixed with.