Opening the doors for GS

Opening the doors for GS 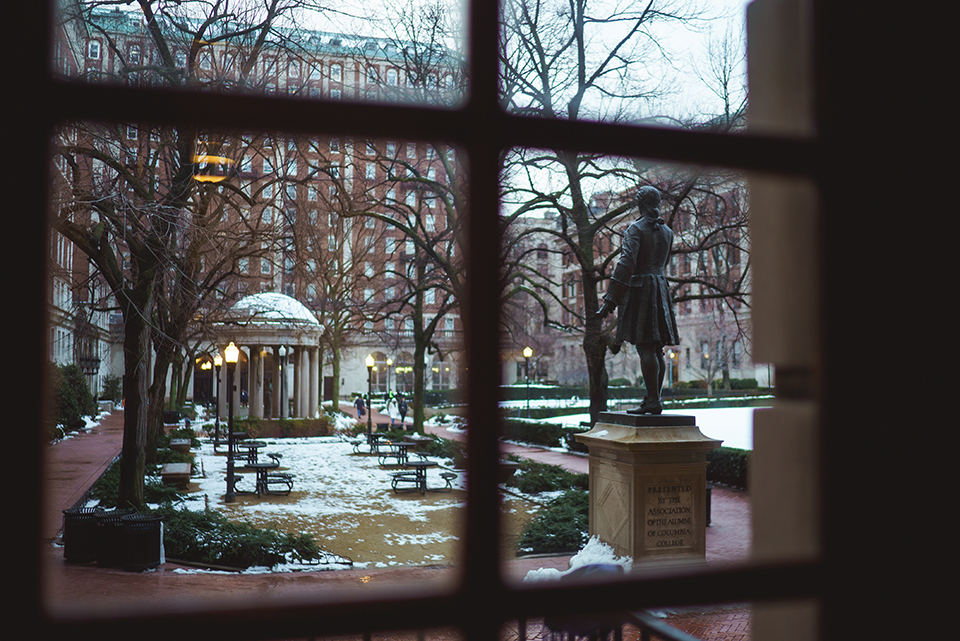 At the risk of stating the obvious, I think it’s important to highlight that Columbia’s three undergraduate schools are equal. Or at least they’re meant to be. And yet too many things that we students at the School of General Studies do involve forced extra steps and effectively closed doors. Because of something as banal as swipe access, we are excluded from integral parts of student life and services on campus that can help us flourish and make us happy.

As a General Studies student and a commuter involved in several associations on campus, access barriers to classes, services, and events in residential halls exclude me. Whenever an organization plans a social event or holds a meeting in East Campus, for example, I inevitably stand in line outside for 30 minutes waiting to get signed in. I’m treated as if I don’t study at Columbia or pay the $686 student life fee, as if there’s a hierarchy between the undergraduate colleges. This isn’t the Columbia experience I was promised. This systematic exclusion hurts. I’m not here to feel like I belong less than a student at Columbia College or the School of Engineering and Applied Science.

According to the “Fact Sheet” found on the General Studies website, “GS students take the same courses, are taught by the same faculty, and earn the same degree as all other Columbia undergraduates.” The courses are the same, but our access to them is not. When we want to take classes at the Heyman Center for the Humanities, for example, or when our discussion sections take place in Carman, our names have to be put at the front desk to even enter the building. Yes, with enough time and planning we can make it to class, but these barriers only emphasize the message that our class registration problems tell us—that despite promises, Columbia treats General Studies students differently.

The problem of systematic exclusion doesn’t stop at classes either. The “Fact Sheet” also claims, “GS students have access to more than 500 student organizations.” If we’re to consider club spaces as part of this access, on a campus already short on meeting space, Columbia’s sign-in policy doesn’t reflect this statement. Many associations hold meetings or events in residential halls that General Studies students cannot enter. Though it’s possible for groups to submit lists of General Studies students in advance or for organizers to work with the Public Safety guards to control access, these are complex procedures that too often are forgotten or incomplete. This hurts General Studies students’ recruitment, ability, and willingness to participate in activities including rehearsals, meetings, social gatherings, workshops, and Greek life, and therefore limits our representation, especially in leadership positions. These sign-in issues also restrict our access to three of the seven Counseling and Psychological Services drop-in counseling locations for undergraduates. These are pretty big issues considering General Studies represents approximately 29 percent of the undergraduate student body (excluding Barnard). We don’t have fair representation. To get there, we need to get through the door.

What starts off as annoying quickly turns into tiring and stressful, adding itself to the academic, professional, and personal pressures we already face, such as succeeding academically, finding a job, or in the case of many General Studies students, working part-time, and dealing with living expenses in New York City.

Arguments from the administration and students against previous attempts to grant sign-ins to General Studies students include “safety, security, and access to amenities paid for by residents who elect to live in Columbia undergraduate housing.” While students aren’t privy to the reasons behind the safety concerns, a survey administered by General Studies Student Council in March 2017 shows that the majority of students—73 percent—are in favor of widespread accessibility to dorms for General Studies students. Nearly 69 percent of Columbia College and SEAS respondents preferred to not have to sign-in General Studies students. Sounds like most of them want us to feel included, too.

However, feedback on the survey showed a small, though recurring concern about many General Studies students’ nontraditional age. Newsflash: We’re not creeps. We’re a wonderful, diverse, and interesting community. GSSC accurately responded to this complaint, saying, “First, GS students of a traditional age are the most likely to swipe into CC/SEAS residence halls. Second, swipe access merely grants access for GS students into the residence halls, and not students’ personal rooms or suites. Third, age is a protected class under New York state law, along with class, along with race, religion, gender, sexual orientation, and disability.”

It is unacceptable that an entire Columbia population cannot access these events with the same ease. These difficulties we General Studies students face are minor compared to larger actions of exclusion. Yet by working to fix them, we'll make a small step towards a more inclusive and integrated Columbia community.

Currently, “[undergraduate], non-residential students or commuters are able to apply for Swipe Access Status through Undergraduate Student Life.” But this is only possible for “currently enrolled undergraduate students in CC/SEAS” who are in good disciplinary standing. Why not expand and adapt this to General Studies students? In fact, GSSC, Columbia College Student Council, the Engineering Student Council, and List College Student Council (JTS) asked for this in spring 2017. In the meantime, providing sign-up lists for non-CC/SEAS students to attend events in residential halls needs to become instinctive and common practice.

We should not have to feel that we belong on our own campus less than other undergraduates. Columbia’s undergraduate community is not merely Columbia College and SEAS. We exist as well. As General Studies students, if we are to be promised an equal educational experience, then we deserve equal access to the same opportunities as every other student here.

So, Columbia administration, this falls on you. Open the doors for us.

The author is a senior in the Dual BA Program with Sciences Po, majoring in political science and hopefully minoring in human rights. She is an Opinion associate for Spectator, and she doesn’t have a plan for after graduation yet. Feel free to reach out to her on Facebook or email her at ncm2140@columbia.edu if you want to talk about General Studies, sign-ins, the future, or anything else.