Yes, I Juul. Mind your business.

Yes, I Juul. Mind your business. 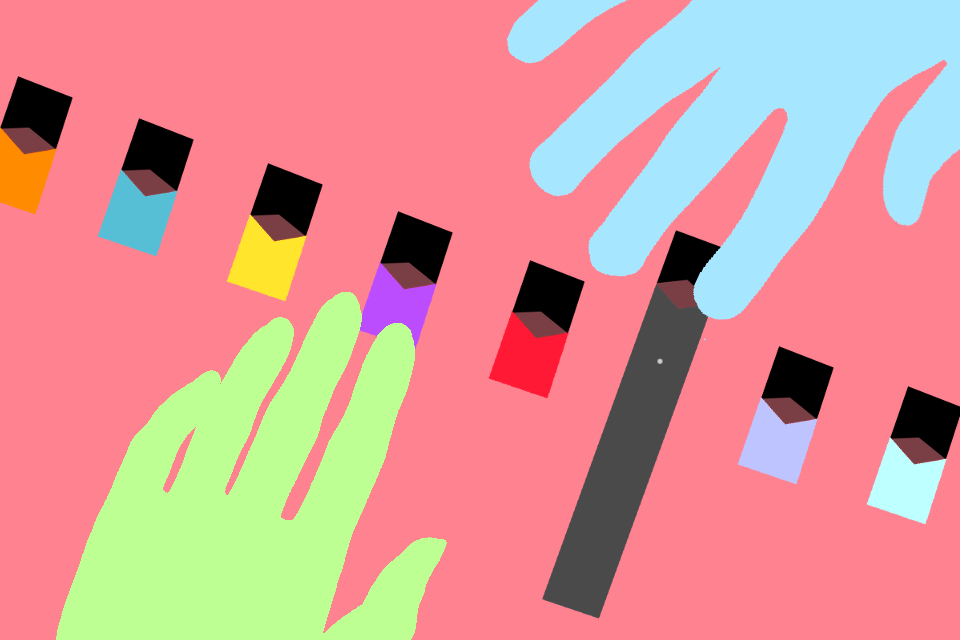 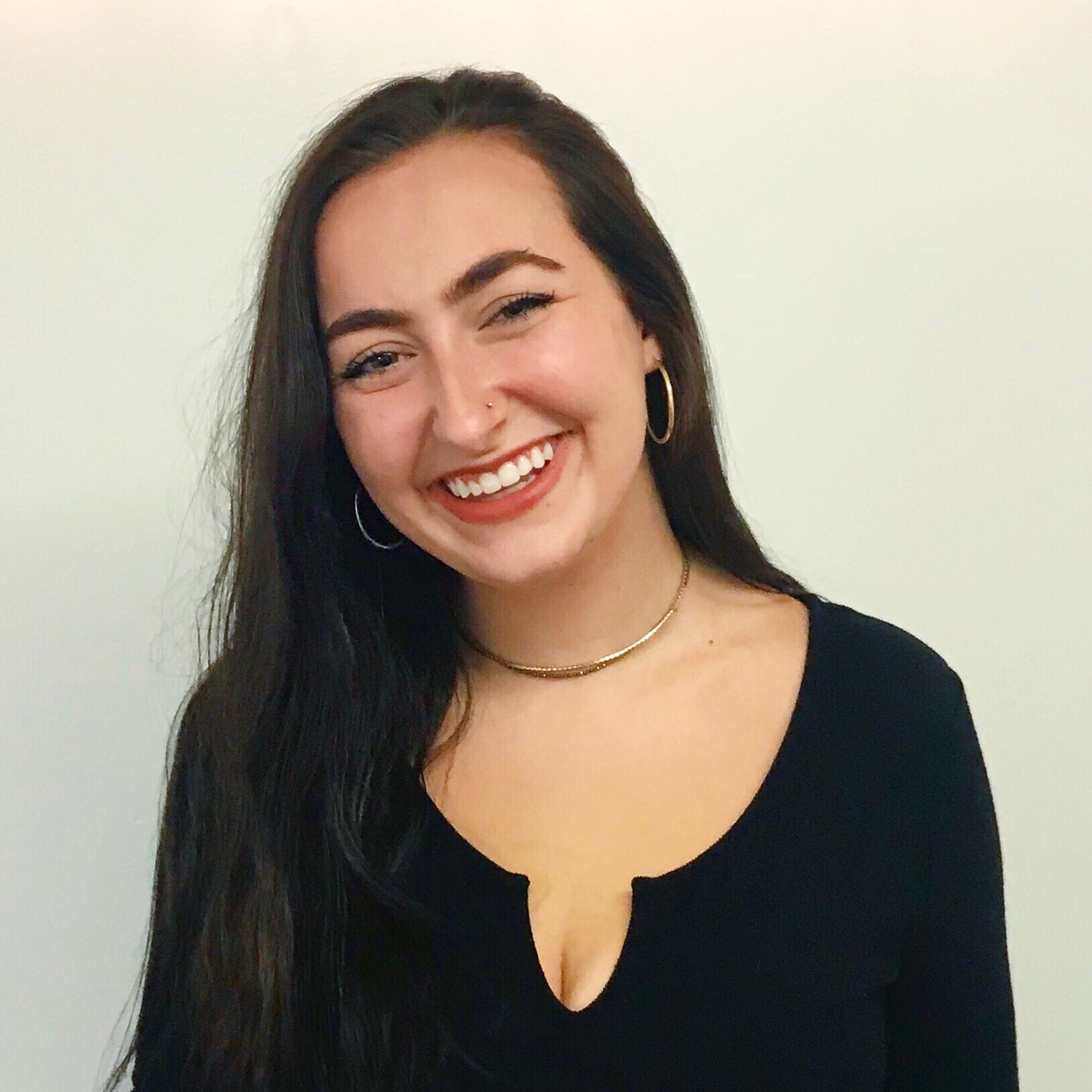 Can I hit your Juul?

It’s a question that haunts me wherever I go on this campus—wherever I go with my Juul, that is. Which is everywhere I go.

My name is Anna Lokey, and I own a Juul. It feels really good to get that off of my chest.

I conducted a definitely-not-statistically-significant survey (thanks, FroSci!) where I asked 10 strangers at 1020 whether or not they Juul and nine responded that, in fact, they did. I’m happy for them. When further questioned whether or not they owned a Juul, only three said yes. Might I remind you that this column is titled A Girl and Her Juul? It’s not, A Girl Who Occasionally Hits Her Friend’s Juul When She’s at 1020. This is no small difference.

The few, the proud, and the brave of us who actually own Juuls often commiserate over this shared phenomenon of Juul culture: the Juul ask.

I swear to God, when I’m hitting the Juul first thing on a beautiful Tuesday morning, everybody is falling over themselves to remind me about the possible FDA Juul ban and the numerous health concerns surrounding Juuls. And I get it. They’ve made some points. But what really grinds my gears is that these very same people, on a sweaty Saturday night, become my Juul’s biggest stans.

I don’t blame people for wanting a hit. Juulia’s LED strobe light shines out like a beacon of hope in the dark corners of the Columbia bar scene. I’ve become Juulius Caesar and everyone—even those I least suspect—wants a piece. Et tu, Brute?

The literal worst is when I let someone hit my Juul (because I’m a very nice person who also has issues with confrontation), and they have the audacity to critique my personal pod preferences.

Have you tried the Mint pod? It’s really refreshing.

Yes, I have. And I’m disgusted that you even asked me that.

Am I supposed to cater my Juul pod to the event? Menthol for 1020? Mango for Mel’s? Mint for waiting in the line outside of Beta and evaluating my fragile self-worth? Crème Brûlée for waiting in the line outside of Community for Sunday brunch and evaluating my self-worth the morning after a long night at Beta? Virginia Tobacco for the Butler all-nighter? Regular Tobacco for the Butler all-dayer? Cucumber for hyperventilating in the bathroom before a midterm that I’m not prepared for?

For a reason I don’t entirely understand or desire to acknowledge, there exists a definite stigma against owning a Juul. But, for some reason, this shame doesn’t deter some crusty losers from asking me, a complete stranger, if they can put their mouths on my personal nicotine USB drive.

On the other end of the Juuling spectrum lies the Juul-obsessed. The Juul-committed. The Juul fiends. Those who own multiple Juuls because they’ve lost a Juul and then subsequently really, really, really needed a hit, so they bought a new Juul but then later found the aforementioned lost Juul—and had that particular situation happen to them multiple times.

It’s more common than you think, OK? I once knew a guy who claimed that he was so Juul-addicted that he even Juuled through his nostrils while he was eating. I’m pretty sure he was joking, but on another, more honest level, it doesn’t really seem like a stretch. We are still a generation addicted to nicotine. Just not in the regular, old, lame cigarette ways of our wrinkly ancestors (wrinkled from the effects of years of nicotine).

Big Juul claims that one Juul pod contains as much nicotine as two packs of cigarettes. Following this logic, Juuling should be a much cheaper habit than smoking, but as I, and many of my Juul brethren can tell you, this tends not to be the case. Between weekend nights at 1020, all-nighters in Butler, particularly stressful days during midterm season, and lectures spent wondering if he’s gonna text you back (spoiler alert: he isn't), Juul pods don’t last very long on this campus.

And since the bottom 20 percent of a Juul pod packs such an unsatisfactory hit—it’s all brown, melty, and sticking to the plastic—you’re going to chase the powerful, fruity nicotine rush that you deserve, no matter the cost. As the wise Frank Ocean once said, “What good is a Juul that ain’t still precious?” Oh, that wasn’t about Juuls? Damn.

Following the recent FDA crackdown, Juul has come out with a new 3 percent nicotine Juul pod as a lighter, more conservative alternative to the classic 5 percent nicotine lung-burners. It’s literally Juul pods made to wean you off of Juul pods. I couldn’t help but wonder: Is this ethical consumption under capitalism?

Ethical consumption or not, if you’re looking for it, Juuling is everywhere at Columbia. That sound of crackling leaves coming from the kid with his head down in the back of your seminar? Juul. The vague scent of mothballs and burnt toast coming from the guy next to you in Butler 209? Juul. That girl who’s been in the bathroom stall for 20 minutes but hasn’t even pooped? Juul.

It’s possible that nearly everyone on campus Juuls recreationally. It’s one of the only “stupid college student” things that we do at Columbia for fun. I’m just gonna say it: Perhaps Juuling is the only thing separating Columbia culture from being an all-consuming stress cauldron of tests, tears, failed internships, and failed relationships.

Or maybe it’s just for the love of the Juul. The most precious Juul of all.

Anna Lokey is a senior in Columbia College studying philosophy. She can be reached at ael2177@columbia.edu with questions, comments, or concerns about her Juul pod preference. A Girl and Her Juul runs alternate Fridays.