The hypocrisy of Columbia’s diversity

The hypocrisy of Columbia’s diversity 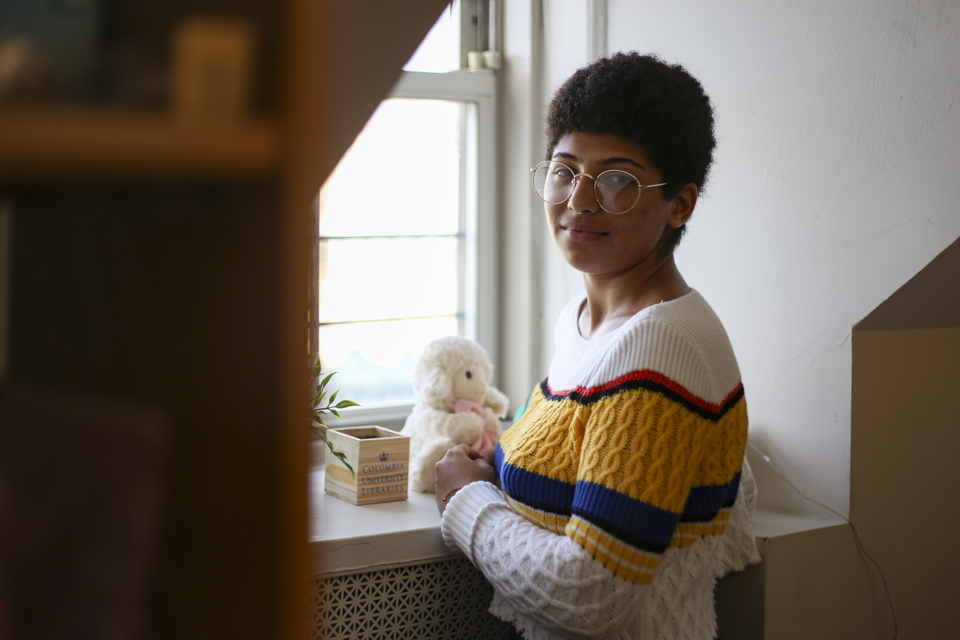 I want to invite you to a meet and greet with Columbia University’s rep tomorrow during sixth period.

That was the first sentence of an unexpected email from my college counselor that I received during the fall of my senior year in high school. I remember reading that sentence over and over, trying to decipher if this truly was reality.

An Ivy League university coming to my school? Mott Hall V, a small school located in the Bronx, the borough with the city’s highest poverty rate? My school? The one that consists of low-income African Americans and Latinos trying to survive in the hood? I thought it was just a pity scheme by Columbia to seem inclusive. Why would a prestigious Ivy League university want to reach out to my school?

Despite my skepticism, I felt a sense of hope. Columbia found this poor little school in the middle of the Bronx and decided to send a representative. I thought, “They know about us, there’s a chance our applications won’t be overlooked.” Along with this hope, however, came a feeling of terror. What if I don’t impress the rep? What if I scare him away with the “idiocy” that is a stereotype of schools like mine, marked by a lack of funding and resources? As a lower-income student, you fear that any mistake you make will be attributed to your socio-economic status, proving the systematic prejudices against you.

Reflecting back on this experience, I wonder: why does Columbia, a school that boasts about its diversity, instill this sense of inferiority within low-income students? The answer starts with Columbia’s recruitment system. Their process of scouting students is flawed as it prioritizes institutions and concepts that systematically exclude and discriminate against low-income students.

Having been at Columbia for only a month, I am already disappointed with the way the University reaches out to low-income students in local public high schools. A Spectator news article revealing the struggles of applicants in schools Columbia doesn’t recruit from highlights this phenomenon. The Century Foundation’s definition of talent and preparation for low-income students involves high grades and SAT/ACT scores, and Columbia’s similarly aligned effort to find public high schools where students will be prepared to be competitive is the worst nightmare of students such as myself. Their definition of a “competitive applicant” doesn’t include me; this is when I knew that flawed definition needed to change.

I knew I wouldn’t get a high SAT/ACT score because I couldn’t afford tutoring, and because the test wasn’t made for people like me to succeed. I knew I lacked resources other schools had plenty of. I know that grades don’t define my battle against a society that expects so little of me, beginning this cycle of constantly proving myself as academically worthy. Some expect this proof in grades, others in standardized test scores. Regardless, low-income applicants know what systematic inequalities are put forth against them. It is known that these “standardized” tests have inherent racial and socioeconomic biases. It is known that lower-income students cannot afford tutoring and come from public schools that likewise cannot provide adequate resources.

I come from a school that offered four AP classes, none of which were related to science. I only got to learn in a laboratory setting when I participated in a separate college program, called College Now, during my junior year. I was knowledgeable of the fact that, as a STEM major, I would already be at a disadvantage compared to my peers—private school students who had countless more resources than I did. Columbia doesn’t seem to fully recognize this struggle and hindrance that is placed upon the poor community.

This flawed admissions process explains the question I posed earlier: why does Columbia instill a sense of inferiority and terror within aspiring low-income applicants? It is because there is a lack of socio-economic diversity within the University, one that makes poorer applicants feel unwelcome. Once this flawed definition of a “competitive applicant” diminishes, Columbia will be able to move forward and truly boast about their diversity without seeming hypocritical to low-income students who feel excluded.

Columbia has in many ways supported my journey as a first-generation low-income student, from granting me a full ride to providing access to weekly tutoring. That being said, Columbia can still improve by increasing the visibility of the Academic Success Programs, a transitional program that helps low-income students adjust to a competitive environment and receive adequate resources. I’ve noticed, however, that ASP is not respected by students, let alone the university. While everyone instantly acknowledges the intelligence of John Jay Scholars, a mention of ASP does not elicit the same response—we’re either unknown or labeled as the “poor kids that get free textbooks.” Had ASP been better integrated into the application process, low-income students would not feel as though they are simply not enough, and would not be deterred from applying. We feel unimportant because of the obscurity of this program.

Now that college application season is starting up again, Columbia needs to do a better job of reaching out to low income public high schools, both by changing its definition of a “competitive applicant” and by better advertising ASP.

If Columbia uses racial and socio-economic diversity as one of its selling points, it is the University’s moral responsibility to reach out to the public high schools as a way of connecting with the local community and actively increasing FGLI representation. Columbia’s lack of recognition toward the common struggles we endure and the negative prejudices against poor students could all be resolved with more exposure of these issues, so that help is visible even to prospective applicants. It is time for Columbia to not only be inclusive towards races and genders, but also diversify in the socio-economic field.

The author is a first-year in Columbia College majoring in neuroscience.