‘Not me’ is not enough for the #MeToo movement

‘Not me’ is not enough for the #MeToo movement 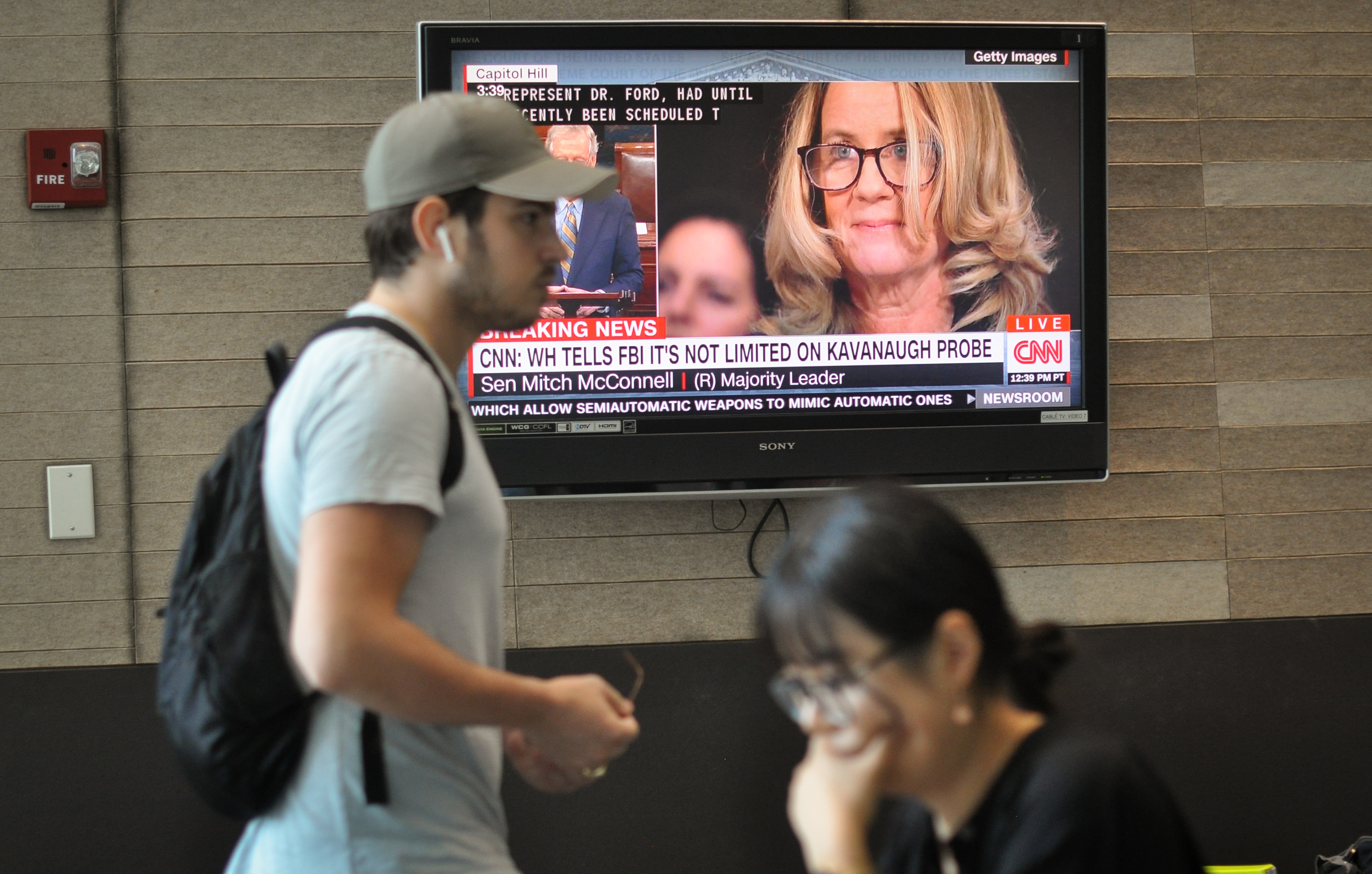 Studies show that one in three women in America has experienced sexual violence, a harsh reality shared by women at Columbia as well. It's such a large portion of the population that it can be difficult to fully comprehend the scope of the problem. Yet, there’s a second half to that statistic that we rarely hear anyone talk about. If so many women have been sexually assaulted, then who are the ones responsible?

In the last week I’ve seen so many men writing Facebook statuses regarding Brett Kavanaugh’s Senate Judiciary Committee hearing. Each of them promises to stand with survivors and makes a big display of their disgust for Kavanaugh and other men like him, but we’re ignoring the truth that’s right before our eyes—we may very well be guilty, too.

While research is divided as to the rate of repeat offense and tends to focus solely on penetrative rape, one could reasonably estimate that each man who has committed an act of sexual violence has done so to on average three different women. Then it’s just simple division. 55,103,687 female survivors (that is, one third of women in the U.S.) divided by three gives us a rounded total of about 18,367,895 men in the United States who have likely committed an act of sexual violence. (Total population estimates taken from the 2017 US Census.) That’s roughly 11.5 percent, or approximately one in nine of all American men alive today. In other words, at least one man in each of our classes, on every sports team, in every political organization, fraternity, and music group has likely committed an act of sexual violence. This is a terrifying and deeply unsettling conclusion, but we must not turn away from it. Women certainly aren’t able to—this is the world they live in every day. It is the ultimate expression of our male privilege that we’ve been able to hide this fact of life from ourselves for so long.

Perhaps one of the most insidious qualities of male privilege is how it has been so deeply ingrained in our everyday lives. As men, we’ve all been raised in an environment where objectification and violence against women are completely normalized to the point that even men who freely admit to having initiated nonconsensual sex largely do not identify the act as rape.

Beyond that, we often fail to recognize that there are a wide range of sexually inappropriate actions that exist on the same spectrum as acts of overt sexual violence, and can be incredibly damaging without technically being assault. Sexual violence, at all points along the spectrum, is about an assertion of power. I for one find it hard to believe that any man exists who hasn’t been in a situation where he has used the power afforded to him at the expense of a woman, consciously or not. Given this information, I think it’s entirely possible—if not likely—that there are many of us who have left a woman with severe and lasting trauma, and we don’t even realize it.

Nothing will ever get better if our only response to the #MeToo movement is to throw our hands up and declare, “Not me.”

Watching the Kavanaugh hearings unfold and witnessing the bravery of so many women who have come forward with their stories, I’ve been struggling to understand how I could better support the survivors in my life. I’ve marched, canvassed, and signed petitions in support of women’s rights and reproductive justice. Still, I’m not so naïve as to think for a second that I don’t also possess the capacity to inflict harm on another human being, because no amount of healthy personal relationships or political action makes us immune to the toxicity of our own masculinity.

Knowing that, what can we possibly do at a time like this—in a world like this—that has left so many people feeling as if their lives don’t matter? The only answer that makes any sense is to start by changing ourselves. It’s going to take sincere, uncomfortable introspection and a lot of hard work.

So I call on every man reading this to stop. Take the time to review your personal history with the same scrutiny that you wish the Senate Judiciary Committee would have shown Judge Kavanaugh last week. Be honest with yourself and with others. Understand that we’re all capable of doing terrible things. Accept that no amount of “beer” or drugs can be used as an excuse. Then start digging. And no matter what you find at the end of that process, own up to it. Acknowledge it, work through it with a therapist if you need one, apologize for it, take actions to atone for it, and don’t ever let it happen again. Consider this article my first step toward doing the same.

If you or someone you know is are a victim of sexual violence, reach out to 212-854-4357 (HELP) for Columbia University Sexual Violence Response

The author is a senior at Columbia College studying political science and religion. He would like to thank the many women in his life—the family and friends—who have taken on the thankless task of educating him and helping him become a better man.