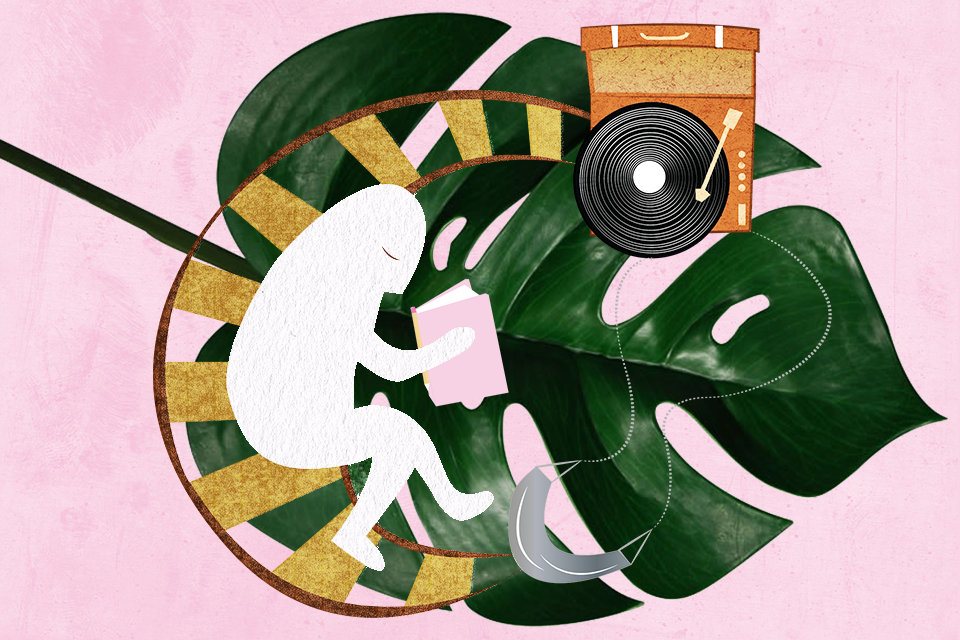 It might be all the new faces I’m seeing, or maybe just the general feeling of getting old, but there’s a palpable difference in my on-campus experience as I embark on my senior year. And as cuffing season draws closer and closer, I’ve thought more about my up close and personal experience with Columbia’s well-documented hookup culture.

I’ve been through the ringer of the hookup scene during my time here. I had my Rolodex of numbers to scroll through after a sloppy night out. I’ve had the unrequited crushes, been seduced by the typical sad bois, and dealt with the cowardly ghosting techniques of my fellow Columbians. I went on boring dates with blasé guys at Hungarian Pastry Shop, more interested in my baklava than the words coming out of their mouths. I even found myself completely wrapped up in a love I thought to be incomparable with anything and everything else, but then was soul-crushingly dumped curbside at LAX.

Nothing seemed to be working out for me. I chalked it up sometimes to the general state of our generation and how we were trying to navigate this sticky place of social media and situationships.

I thought I was the problem too! Whether I was too intimidating or too much of a person, I blamed myself for a choice I held no responsibility in. My hopeless romantic antics became a whirlpool of my own deepest insecurities. I swore up and down, as a ridiculous 21-year-old, that no one would ever look my way. The possibility of love was just not in my cards. Especially on a campus that is hailed for its lack of empathy and rampant isolation, it wasn’t hard to believe.

The critical assumption that love did not have a place in my life turned into a vast, vicious, and cyclical thought process. This toxic mentality not only engulfed my love life, but also trickled into my daily life as well. I clouded my mind with the melodramatic idea that there was no hope, that I would never be something to someone. I hid behind the facade of the “so fucking busy” lifestyle—constantly on my phone answering emails or texting God knows who—to avoid the unavoidable. I went on late-night pilgrimages to Brooklyn, deep diving into the pain of heartbreak. But where’s the space for growth in that?

There was no epiphany, no message in the sky that told me it was time to change. It was a gradual process, a realization that grew inside of me.

It’s unlikely that after spending all of your time hibernating in the stacks of Butler Library you’ll resurrect as some newfound human being, oozing self-love and acceptance. Changing your mentality is a grueling process, a brutal climb out of the chasm. It’s a process wherein I found myself too many times on the Riverside swings listening to Paul Simon, tearing up as fresh babies in strollers watched. A process wherein I curled up into a ball on my bed late at night and questioned who I was and where I was going.

This process of change also extended itself into my daily encounters and other moments. The awkward run-ins at 1020 began to teach me to smile, to say hello even when I felt like running in the other direction. My best friends, my very loyal and supportive friends, were an endless source of kindness and care that permeated even the worst of days. We cooked big dinners and baked delicious desserts for each other as a way to say, “I’m here for you, always.” Those dinners would seep into late nights where we would throw around jokes and laugh until our cheeks hurt. My friends showed me that love did exist on this campus, even if it wasn’t in the typical romantic sense. Love was just simply in the details.

It was through both the good and the bad, the chance encounters with strangers, and the roundtable with friends that I was proven wrong. Love was always in my cards; it surrounded me constantly. It showed up in warm smiles from acquaintances and small empathetic touches from close friends.

I will admit: There are flare-ups. Times where I feel not so great about myself and not so optimistic about the future. To say this process of growing is finished would just be ignoring all the progress I’ve already made. I still visit the Riverside swings and think too much about everything and let those insecurities nip at me. I still dance to “Obvious Child” alone in my room—a performance for no one. I still want to seek out another kind of love that is greater than just me.

Of course, I have so much ahead of me, even as I continue on with my last year here. I am 21. There’s a whole life of mine waiting to be lived.

The author is a senior at Barnard College majoring in English and concentrating in creative writing. She enjoys a nice slice of piping hot lasagna and clean white T-shirts.