Rethinking study abroad as a way to discover myself

Rethinking study abroad as a way to discover myself 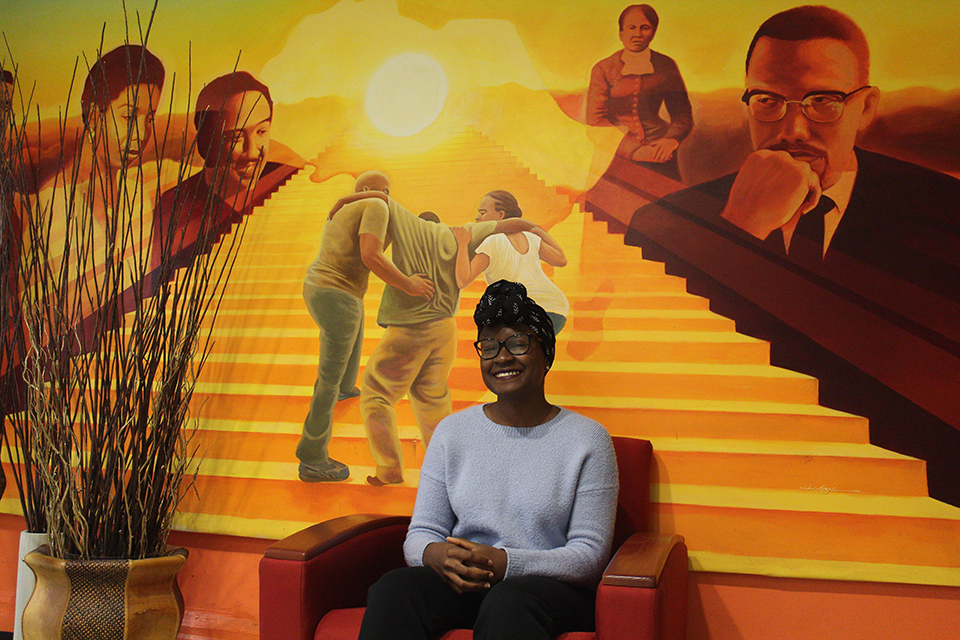 Going abroad has always been a goal for me. The summer before attending college, I went to Germany for two weeks, and I loved my time there so much that I vowed to return. I knew that at Columbia, I would have the chance to live abroad for an entire semester. I wanted to reconnect with my German host family, explore other parts of Germany, and a get a fuller sense of life outside of America. What I did not realize at the time was that during college, I would go through a process of deliberation that would lead me to change my priorities for my study abroad experience.

Since stepping foot on campus, I’d been waiting for the day to apply to study abroad. I visited the Office of Global Programs and Fellowships my first year and again my sophomore year after declaring my English major. I knew the deadlines. I knew the basic process. I’d even done the research.

But life has a way of ruining those best-laid plans. This September, after being an orientation leader and ignoring my other responsibilities during the hectic week of NSOP, I checked my email one day to see that study abroad applications had just opened and were due in less than a month. I panicked: How were they already due?

More importantly, where would I go? My first year, I had wanted to go back to Germany, but then I learned that the academic calendars of German universities are very different from ours and I’d end up having a much shorter summer than desired. So I nixed Germany as an option. Then I thought: Why not London? I am an English major, after all. But I wasn’t that interested in the London universities. Then I set my heart on Dublin—it was a little different and out of the way, but it would be perfect for my major. But, like Germany and London, it ended up another discarded option on my list.

While eyeing those looming deadlines—now only three weeks away—I did more research and discovered the Council on International Educational Exchange, which runs an arts and sciences program in Cape Town, South Africa. Although I am an English major, I am deeply interested in African diasporic studies. I took a class my sophomore year on African drama and theater and I loved it. Many of those plays were written by South African playwrights and gave me a much-needed lesson in the literary talent of African writers. Suddenly, my destination became clear to me: South Africa!

For so long, I didn’t know the depth and breadth of African literary arts. I was taught that the English language and its literary canon had only been influenced by certain types of writers. Frankly, nothing could be further from the truth. English as a language, and even as a discipline, doesn’t only belong to the English—as a result of colonialism and globalization, English and its literature are molded by many different cultures, and I am excited to study this reality specifically within the African context. This is especially pertinent to me as I will learn from African professors, numbers of whom Columbia still lack despite recent efforts to diversify University faculty.

Being an immigrant, and having immigrated at such a young age, there are many things about my own Kenyan identity that I feel I’ve missed out on, like my history. In the spring, I’ll also have the chance to take courses about the literature, culture, and history of Kenya and other African nations. I may not end up an entirely different person once I’ve gone abroad, but I do know that I’ll feel more connected to my identity as an African person and as an African writer.

This decision-making process has shown me what is truly important in choosing a study abroad location. A place is not only right for you because of its reputation, its weather, or even its culture, but also its ability to enable you to learn about yourself and your area of study in ways that Columbia cannot. Despite my original plans to go to Europe, South Africa is the best choice for me because being there will help me engage with my heritage and academic interests outside of the Columbia bubble. I hope to discover more about myself, not only as a person in general, but distinctly as a Kenyan immersed in the discipline of English. I was not wrong to believe that studying abroad is an opportunity for exploration and new experiences, but I have grown to recognize that the kinds of experiences I want to go after are the ones that connect me to myself and who I want to become.

The author is a junior in Columbia College studying English and creative writing.