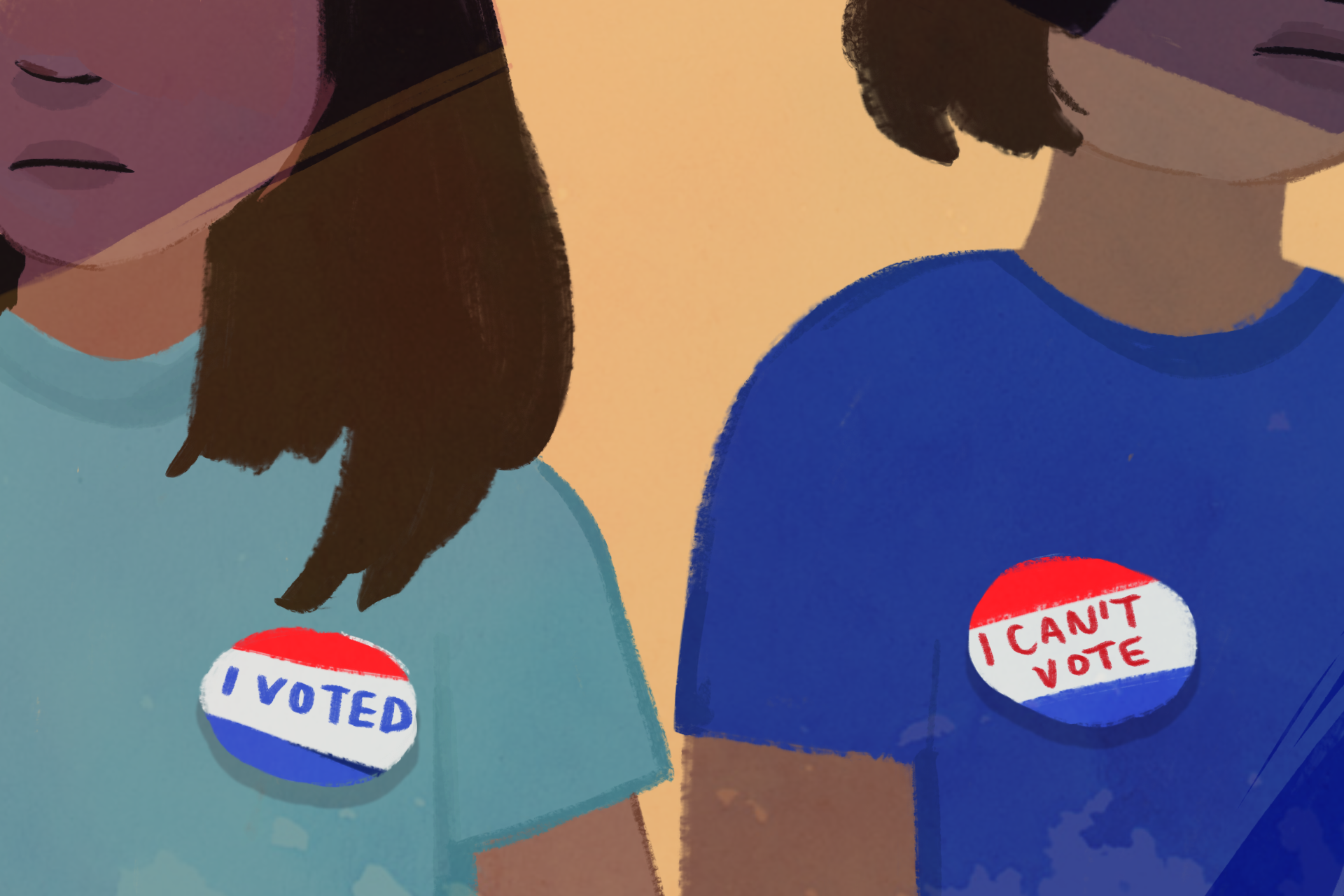 After a Holder Initiative event entitled “One Person, One Vote in the U.S. Today” last spring, I distinctly remember being fascinated by the detached way people spoke about the voter disenfranchisement as if it were an abstract, intangible object—undoubtedly horrifying, but far away at the same time.

Can you imagine living in a state like Texas­, where it is just so obvious they don’t care about your vote? Can you imagine not being able to leave work to vote? That must be so hard.

Though the sentiment felt well intentioned, I was struck by how incredulous the audience members were when they realized that there are people in this world who actively face this injustice. For some people, voter disenfranchisement isn’t just a buzzword on a political platform­—it is a reality that directly strips them of their constitutional right to vote in elections.

When Eric Holder spoke about the egregious gerrymandering and voter suppression tactics used in Texas, I reflected on my own experience as a Texas voter. I thought about my family and the conversations I’ve had with them about the political process and voting. There weren’t big epiphanic moments where we lamented over the difficult position of minorities in Texas or begrudged discriminatory redistricting laws­; the moments most emblematic of the distrust and lack of information within our community towards the voting process came in quotidian experiences.

I grew up listening to “Nuestro voto no cuenta, Maria” (“Our vote doesn’t count, Maria”), “Ni sé como registrarme, o a donde ir” (“I don’t even know how to register or where to go”), and, of course, a myriad of questions over identification requirements. For me and my family, disenfranchisement wasn’t a political debate––it was an accepted reality.

Recently, there have been many events across the country that have painfully reminded us of how vivacious and pervasive efforts at voter disenfranchisement still are. The stories surrounding voter suppression in North Dakota, Florida, and Georgia are just the most recent in a long chain of offenses. Acts of voter suppression like voter roll purges and specific postal address requirements are so blatantly discriminatory that it is easy to be consumed with rage over these injustices, but these injustices aren’t as far away as we would like to think they are.

Even here in New York, there are a variety of barriers currently limiting voter turnout among minorities and those who belong to the working class. New York was ranked 48th in voter turnout in the last midterm elections in 2014, and New York City had 12 percent voter turnout in the last mayoral primary. It doesn’t have early voting, no-excuse absentee ballots, automatic or same-day voter registration. Albany has been routinely criticized for its antiquated voting laws that make voting even harder for those who have it hardest.

This is the first election I am going to vote in, and I have the privilege of having access to resources and information that allow me to not only be a voter, but an informed one. Having heard the concerns of my Spanish-speaking and recently immigrated or naturalized family members has intimately reminded me of the reality of these practices and of my own privileges.

Voter disenfranchisement is here. It’s not a far-away dragon that we need to conquer. It’s not something we should argue about only when we are at our club meetings or during our political science classes. We need to remember that it’s happening to students here, family members of students here, and to people in communities that surround Columbia. Extend that awareness outside of the classroom—slay the local dragons first.

Maria Castillo is a sophomore in SEAS studying environmental engineering and minoring in political science. You can reach out to her at maria.castillo@columbia.edu. Tex-Mex Near You runs on alternate Mondays.