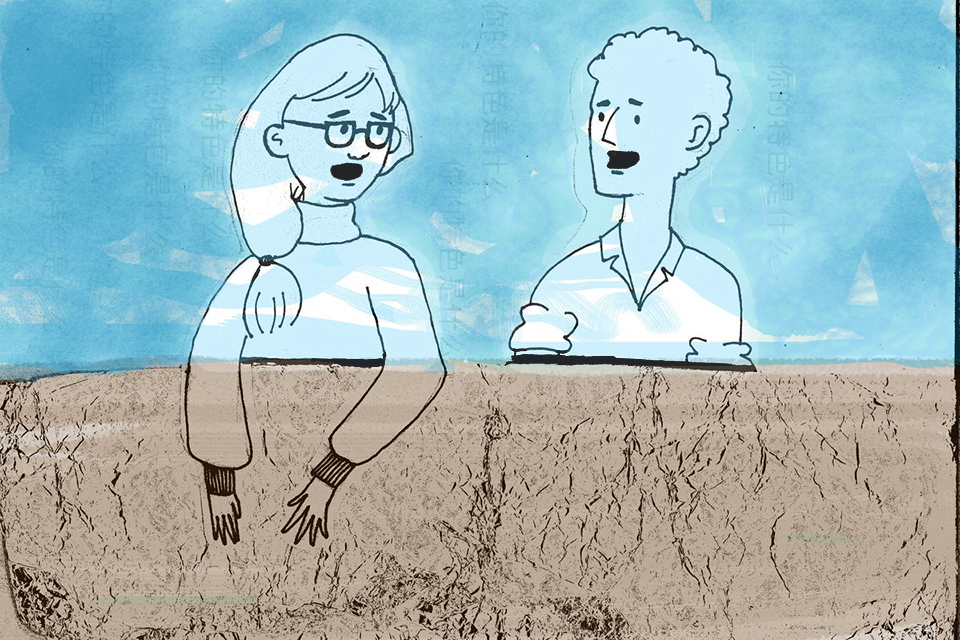 In my Chinese class last semester, our teacher once asked us, “What is your special trait?”

I recall sitting at a glossy oak table in Kent Hall practicing words about employment and hobbies. We went around the table and said what we felt defined us—an activity which felt more like a dinner party activity than that of a classroom.

By the time it was my turn to answer, I was flustered. Perhaps because I’m a woman in today’s society, or perhaps because I was running low on sleep, I didn’t know how to best articulate my greatest strength. As I struggled to come up with a specific phrase in Chinese, a chiseled member of the Columbia crew team with a genuine smile—the type of classmate whom I would likely never have otherwise encountered—jumped in and saved me: “You’re a writer!”

In that moment, I felt light. Everybody sitting at this table could recite some special trait about everyone else, and that in itself was magical. We all had different reasons for taking the class: some were econ majors looking to boost their résumés, some were Chinese-Americans who wished to be able to talk to their grandparents, and some were downright fascinated by linguistics in general. No matter the reason, we were all sitting around that glossy oak table with the ability to report on each other’s strengths because those language exercises bonded us in ways that normal college life never could.

The questions I’ve had to ask and answer in language classes are in an entirely different realm than those I normally hear: How many brothers do you have? What is your greatest stressor in New York City? What do you feel the government should fix? Do you prefer hot or cold drinks? There is something to be said for the simplicity of these questions, especially considering that I don’t know if I could answer them for other people in my life, even for some of my closest friends.

Beyond the mere importance of bridging cultural gaps and being more than the typical American who only knows English, language classes provide a chance to get to know peers in oddly particular ways. Fueled by new vocabulary and complex grammar structures, classmates in language classes are forced to ask each other specific—though often structurally basic—questions, and the results are more than mere language fluency. The results are relationships that make me arrive at class 20 minutes early every day so I can catch up with my friends. The results are group study sessions fueled by coffee and banter. The results are empathy.

Following the example of language classes, we must learn to ask seemingly odd questions. We must push to learn more than the basics about each other because doing so can create the very community so many of us crave. In short, we must care enough about each other to delve into the details that we can only uncover by asking.

I’m currently enrolled in level three Chinese, a class which is beyond that of the language requirement. The class is five credits and an incredibly heavy workload—much more intense than level two—yet I’m dreading the day that I need to drop language classes. Though the quizzes are stressful and the dialogue tedious, I can’t imagine a day without the class because that would mean that I’m no longer seeing some of my very favorite people every single day. I am convinced that, if we were all enrolled in a different non-language course, in which we don’t get a chance to connect with each other, I would not feel this strongly. I would not know that one of my classmates hates eating celery, one believes that calling is better than texting, and one has a great affinity for the movie Forrest Gump. In another class, I imagine we would sit side by side, scribbling notes we wouldn’t share.

Entering college with excitement about learning a foreign language, I was in the minority. During the New Student Orientation Program, my new friends rejoiced at the fact that they placed out of level two Spanish and Chinese, eager to avoid conjugating verbs and practicing characters. However, they may not have realized that they placed out of one of the most crucial social experiences I’ve ever encountered at our university. Ideally, students would ask each other questions that, though simple in structure, aim at the details. Understanding each other’s intricacies in this way is an opportunity that shouldn’t go to waste.

Katie Santamaria is a sophomore in Columbia College studying nonfiction creative writing. She’s probably practicing her Chinese character writing at this very moment. Email her in the language of your choice at kks2155@columbia.edu. Wholesome Content runs alternate Thursdays.