Spilling the tea on Nimesh Patel

Spilling the tea on Nimesh Patel 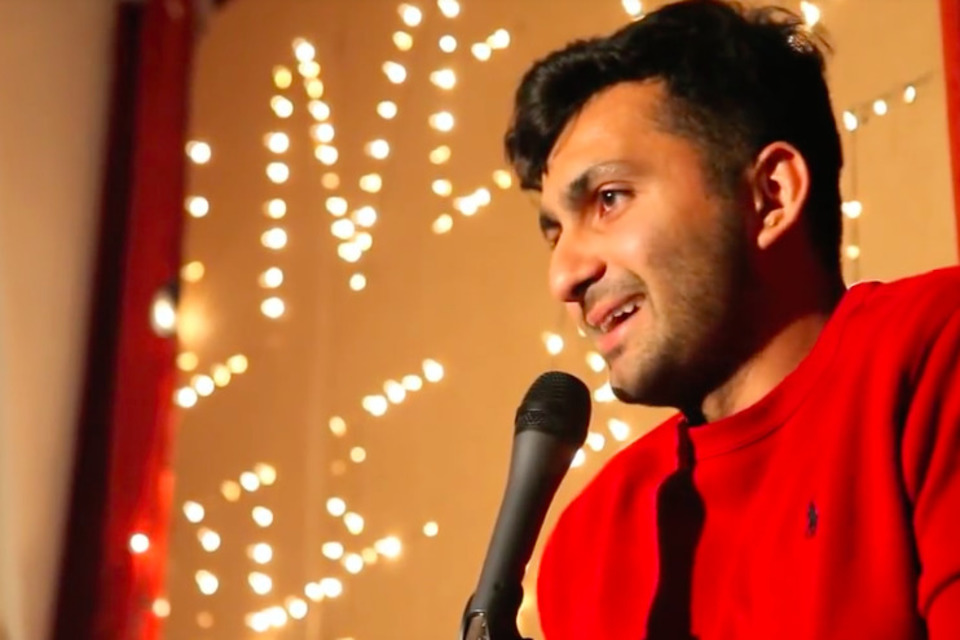 Two of my close friends were involved in cultureSHOCK, an annual cultural showcase put on by Columbia University’s Asian American Alliance. I watched them, along with the rest of AAA’s board, work tirelessly to put the show together, organizing logistics in my lounge and going out to the city for weekends on end to film content. Of course, I bought a ticket to the show.

Now, I know you’re reading this article for the tea on Nimesh Patel, the comedian whose set was cut short at the event. The thing is, cultureSHOCK was so much more than him: The show made powerful statements about reclaiming Asian-American identity, all while showcasing immense talent in fashion, dance, and music. Students shared their stories, included people from across the gender spectrum and a plethora of Asian cultures, and advocated for allyship in the Asian community. Unfortunately, the very last act caused the event to take a jarring left turn.

The news articles I’ve read give the impression that Patel told some controversial jokes that caused PC outrage, but the performance was just a trainwreck. While Patel started with strong laughs, he soon hit a controversial joke that earned mixed reactions. Instead of moving on, Patel warned us that he’s from an older generation (this guy is only 32), and then delivered the usual condescending and presumptuous spiel about how we need to learn about the “real world.” I thought, “Relax, you just got on stage.” Patel presented himself as arrogant and almost contemptuous toward the audience he was meant to entertain. Later, he even said, “Well, I’m already paid,” setting the tone of his performance.

The atmosphere throughout the remainder of the routine was uncomfortable with a few occasional laughs. While it’s normal in stand-up to pick an audience member to dialogue with, Patel just kept returning to the same girl to ask her painfully drawn out questions, as if he were mining material for a routine he had not prepared. He asked another audience member personal questions about their parents in a room full of strangers. To me, his routine was strangely obsessed with Black people, my favorite part being when he questioned why there was so much online outrage that Black actors weren’t nominated at the Oscars in 2016, but not for Asian actors. Patel’s anti-Blackness jumped out: The hashtag was #OscarsSoWhite, not #OscarsNotBlack.

His blatant anti-Blackness leads me to the most talked about part of the performance.

The joke went like this: Patel came to the stellar realization that being gay can’t be a choice because “no one looks in the mirror and thinks, ‘this black thing is too easy, let me just add another thing to it.’” To a non-Black, non-queer person, it might be novel. But if you’re Black and gay, you don’t need a straight South Asian guy to point out that your life is hard because you’re Black and gay. That’s not insightful––it’s painfully unoriginal. “I wouldn’t choose to live with homophobia while facing racism,” has crossed the minds of queer Black people, probably in a moment of distress or when faced with homophobia in their own community.

This is the issue with telling jokes about other people’s identities: It’s hard to grasp the intricacies of a life you haven’t lived. Personally, I think comedians should be allowed to tell jokes about different communities, but they often end up falling into clichés, stereotypes, or just predictable material. Patel brought himself on stage to perform a tired joke, the punchline being marginalized struggles about which he has no true insight. Some may argue that he was making a comment on society’s racism and homophobia, but for whom? I watched a brown man use the experiences of Black people to make white people ponder and laugh while two of my gay Black friends cringed.

Patel’s mic wasn’t just cut off because he told offensive jokes to a sensitive, snowflake audience, which is the narrative that I see being talked about. He was booted off the stage because he sucked the energy out of an entire auditorium. When he told the gay Black joke, even he noted the tension. His routine was the antithesis of what cultureSHOCK stood for. He stepped into an uplifting atmosphere and soiled it, which is the opposite of what he was meant to do as a hired entertainer performing at someone else’s event.

After recovering from the secondhand embarrassment, I was immediately angry. I remembered how much effort had gone into this event—all the event coordinators’ thought, vision, and sacrificed hours—that were overshadowed by one man at the very last minute. The organizers didn’t even get the chance to thank everyone who worked on the production, which makes my heart sink.

I’ve explained why Patel deserved to get booted off because I was irritated by his performance and the news coverage, but that man was one percent of cultureSHOCK.

The evening was meticulously and beautifully crafted by students to provide an inclusive and pensive space for Asian Americans. In one night, AAA raised $4,000 for the Asian American Writers’ Workshop. I look forward to next year’s show, and I hope to see you there.

The author is a sophomore studying creative writing and an associate for Spectator Opinion. She wants cultureSHOCK 2018 to be remembered for being a progressive space, not for a working comedian whose Twitter followers you can count on both hands (don’t believe me? Go to his website and click on the outdated Twitter logo). Be sure to watch the show reel to get a true feel for cultureSHOCK.