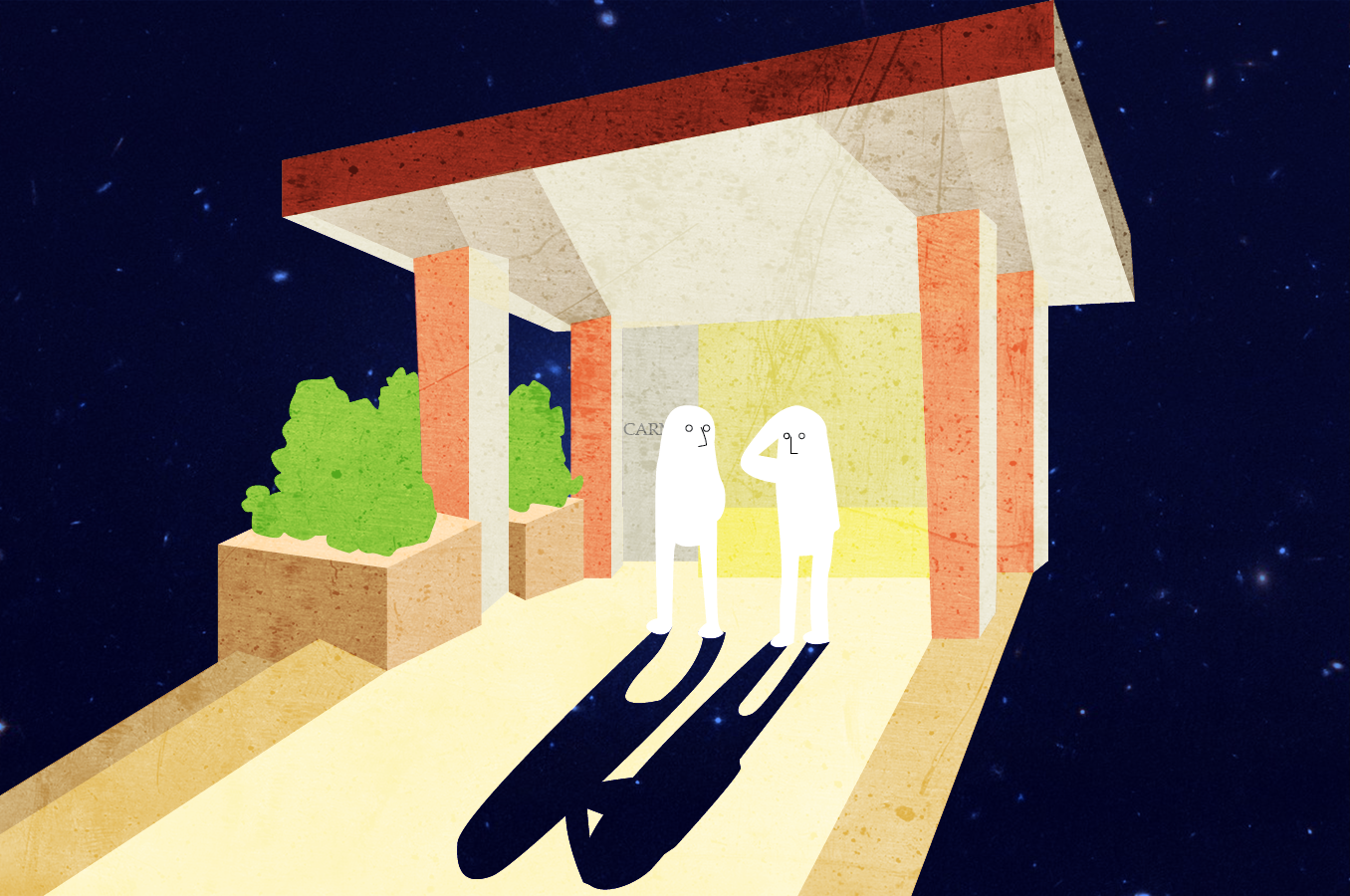 Two days before classes were due to begin, in September 2017, I realized my Music Humanities professor had assigned us a reading. And as I was in the middle of printing it, of course, the power went out in the Carman lobby. Standing there all spazzed out and disoriented, I was unsure if the printer would continue printing after the power came on or if I would have to reprint everything from scratch. At that very moment, as I sat anxiously on the Carman steps, this scrawny blonde kid who I had briefly met a few days prior sat down beside me. As is the norm during NSOP, we reintroduced ourselves, and began talking about the one thing I knew we both had in common: the upcoming semester.

When I saw the gleam of excitement in Isaac’s eye as I mentioned Anne Levitsky, the name of my Music Hum professor, I knew we were going to bond this semester. I quickly took a liking to this dorky kid from California. Soon, however, a faint sense of doubt filled my mind: What if this became one of those NSOP friendships that fizzles out?

I decided to stay optimistic. As the semester progressed, Isaac and I discovered that we’re actually quite similar. Sending memes to each other in the bleak hours of the morning became a nightly (or early morning) activity. We began getting breakfast—breakfast for me and lunch for him—before our 1:10 p.m. Music Hum class. And quickly, that sense of doubt disappeared as I realized this friendship that began on the steps outside of Carman during NSOP had actually lasted past orientation.

During the spring semester, our friendship continued growing. We had a class together, Science of Psychology, and we still grabbed meals before class. We also still stayed up until the early morning hours sending memes back and forth.

Our friendship grew because we both put in effort to making this friendship work. However, I’m hesitant to call it effort, because for us, it just came naturally. I never asked Isaac to get food or to hang out after class just because I didn’t want to be alone. I asked him because I genuinely enjoyed his company. And because this was my motive, I never fell into the trap of thinking, “I asked this time so he has to ask next time.”

Now that we’re both sophomores, we have a class together for the third semester in a row. Our first interaction during that NSOP power outage seemed more like a burden than anything else—nobody ever talks about the good things that come from power outages. And in the moment, I probably would’ve agreed, but looking back, that one unfortunate event actually brought one of the greatest people I know into my life.

There’s an expectation at NSOP that you need to make all of your lifelong best friends in that one week, but that isn’t how true friendship works. As we go through our time at Columbia, events like NSOP, made exclusively for the sake of getting to know people, don’t exist anymore.

The next conversation you have with a new person could be the next lifelong friend you make, and you’ll only meet said friend if you keep your arms and mind wide open. I met some of my closest friends through a random intramural basketball team; just another testament to how friendships can pop up at any time in any place.

I sometimes wonder what would’ve happened if the power didn’t go out in Carman. Would I still have this beautiful friendship that I do now? I can confidently say yes, I would. Even if Isaac and I had met in the computer lab of McBain today, our friendship would’ve been just as strong as it is now.

Just like I had no idea that I would meet one of my best friends during a power outage in the Carman lobby at 2 p.m., there is no telling when a friendship will form. So try and go into every interaction with every person you meet optimistic that it could blossom from one tiny conversation into a beautiful friendship.

The next time someone brings up the idea of the temporary NSOP friendship, please don’t listen. Because they can last. I promise. Isaac would promise too. And Isaac, if you read this, it’s probably your turn to play me in Cup Pong. And don’t expect me to be at Ferris any earlier than 12:50 p.m. for our meal before our 1:10 p.m. class.

The author is a sophomore at Columbia College studying history and business. In his free time, you can catch him terrorizing his friends on the fifth floor McBain lounge, which is where his friend Isaac lives.