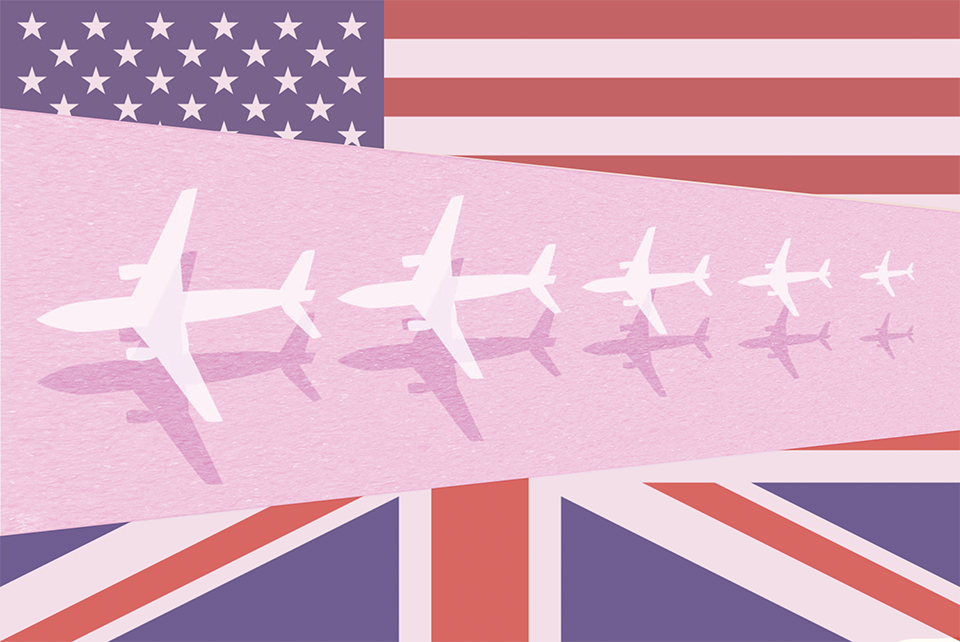 I was in awe of my peers who’d traveled hundreds, if not thousands, of miles away from their families and homes in order to come to Columbia. I felt that while the whole point of college was to step out of your comfort zone, I had remained solidly in mine—traveling only 30 minutes away from my childhood home to come to school here in New York City.

In order to experience something different, I decided to follow the advice of many Columbia brochures that told me to study abroad and to trust in Columbia financial aid to make it possible. I dreamed of trips to the Eiffel Tower, bicycling in Amsterdam, and sampling chocolate in Belgium. However, since I was fully aware of the thriving anti-Muslim and anti-Arab sentiments that existed in these locations, I instead chose London as my study abroad destination. I figured that while I couldn’t spend extended periods of time in these places, visiting them as a tourist while living in London—one of the most Muslim-friendly cities in Europe—should work out fine. However, this assumption was only partially true.

I experienced racism, discrimination, and threats of violence, not only across the channel in continental Europe, but also in England. These encounters were due not only to my outward appearance as Arab and Muslim but also as a result of my womanhood. This is not to say that my experience in New York is any less dangerous. However, my experiences of racism and discrimination in Europe were even more precarious because they were geographically and culturally unfamiliar to me.

The study abroad experience I expected was nothing like the study abroad I experienced in reality. Columbia has made flawed assumptions about the kinds of people who would embark on study abroad trips. The mandatory study abroad orientation session discussed topics such as how to deal with language barriers and cultural difference, but not sexual harassment, racial discrimination by students at your host university, or religious profiling by government officials. This miscalculation on the part of the University is dangerous and is simply another manifestation of the invisibility many Muslim and Arab communities face on campus.

How was I to react when I had to rent in an unsafe neighborhood because of my lack of funds, and when French men followed me near the Airbnb and pejoratively referred to me as “beurette” when I ignored them? How was I to react when Belgian security guards threatened to make me take off my hijab at some of the museums and government buildings my friends and I visited? How was I to react when British boys drunkenly called me a daughter of bin Laden after a university-sponsored event? Often, the British university officials and European government officers who I should have been able to rely on in stressful situations were actually the very same people I needed to be defended from

Columbia employs International SOS, a medical and travel security firm, to maintain the safety of its students abroad. This firm offers mechanisms by which the University can keep track of the student’s travels, updating students on conditions in the region like “Punish a Muslim Day”—which happened during my time in London. On that day, Muslims were threatened with stabbing, hijab pulling, and acid throwing. On that day, I received no information about “Punish a Muslim Day” from ISOS. Instead, I only remember receiving one notification about heavy rain in London.

As Columbia and ISOS offered no guidance on how to stay safe as a vulnerable student abroad, I found myself looking to locals for advice. I quickly realized, however, that this input might be even more problematic. I was told by local administrators, officials, or even just regular people to “not go to that neighborhood road at night” and “don’t talk to men dressed like that.” Though these pieces of advice were given to me with some semblance of the right intention, they were ultimately hurtful and isolating. I was told to steer clear of the neighborhoods where languages like mine were spoken. These were neighborhoods where my own class lived and where people who look like me survived. These were also the places where I could actually secure a sufficient meal with my limited funds. Though the people in Europe may have seen me as different than these Arab, African, or Muslim populations they’d told me to stay away from, I truly was not—nor would I want to be.

However, in the end, it was the individuals from these communities that made me feel most at home. When my phone died in Paris and I could not afford a taxi, it was an Arab man who I asked for directions. It was a hijabi woman in Brussels who defended me from the insults hurled at me by white men. The Muslim and Arab students at my host institution made me feel more comfortable with my faith and appearance than I have in my entire life. They are the people who walked me home to ensure my safety, gave me advice on how to deal with certain discriminatory professors, and recommended cheap halal food spots near campus.

While I had anticipated a certain degree of removal from the Columbia administration, I found that the only way for me to survive, literally, was to stop relying entirely on Columbia, ISOS, and their advice. Instead, I dove headfirst into the very communities that I had been told to avoid because they were the ones who looked, spoke, and thought as I do.

The author is a senior in Columbia College studying political science and anthropology. She is serving as one of CC’s senators this year.